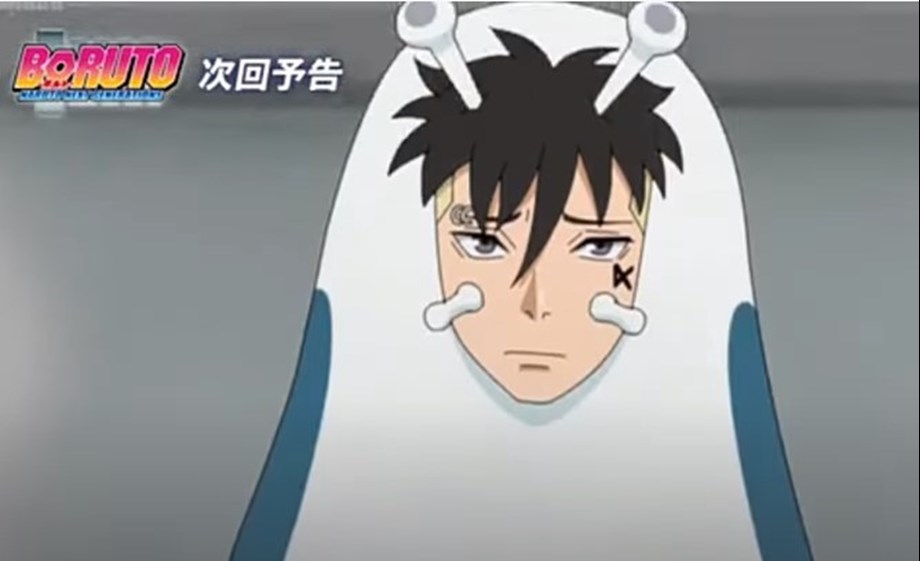 Himawari and Osuka get kidnapped by a ringleader. When he came to know that Himawari is the daughter of Hokage, he planned to use her as a fish to meet his target. Kawaki along with Kae and Neon Asakusa are searching for a way to rescue both of his friends.

Boruto: Naruto Next Generations Episode 267 is titled “Kawaki’s Cover Blown?!” or we could say Kawaki, Reveals His Identity? Boruto anime episode 267 will reveal the true identity and the actual mission of Kawaki.

Boruto: Naruto Next Generations Episode 267 might show Kawaki’s plan to rescue Himawari. According to the preview of the episode, all the classmates are preparing for ‘Legendary Sannin’ for their contribution to the school festival. The students collect some props to use in the play. Some brought handmade forehead protectors or headbands to wear. Everybody is busy in their practice. But FuumaEiki realized that Kawaki is wearing a real forehead protector.

Fuuma Eiki tries and exposes Kawaki’s true identity in Boruto Episode 267. To gather some evidence, he tries to separate Kae from Kawaki. Kawaki must not tell Kae about his mission at all costs. How could Kawaki manage the scenario?

The upcoming few episodes’ titles suggest that the story of the Himawari-Kawaki Ninja Academy arc may reach its climax. Shonen Jump has already released the titles through the end of July and the latest issue. Here are the titles shared by Twitter user Abdul Zoldyck:

Boruto: Naruto Next Generations Episode 268 – ‘The Targeted School Festival’ where we might see the ringleaders are planning to target kae in the crowd of the school function.

Boruto Episode 269 titled “creeping shadow” may showcase a bombing incident that had occurred. Besides, someone is after Kae’s life. Kawaki is on a mission to rescue her.

Boruto Episode 270 titled “Two sides of the same coin” will depict more about teacher Kaka Hana – who is injured while trying to protect the students. She finally returned to class. Meanwhile, Kawaki is once again assigned to look after Kae and has returned to class as well.

Boruto: Naruto Next Generations Episode 267 is scheduled to be released on Sunday, September 18 2022 at 5:30 PM JST. The episode will stream in Japanese with English subtitles. Fans in the U.S. can stream the episode online on Crunchyroll. The previous episodes of Boruto Naruto anime can be watched on the official websites via Anime Lab, Crunchyroll, Funimation and Hulu.

The translated chapter is likely to release on the same day of the issue within a few hours of the release. It will also drop at different times worldwide so that global audiences can go through it at their convenient times.

Stay tuned to Devdiscourse to get the latest updates on Japanese manga.