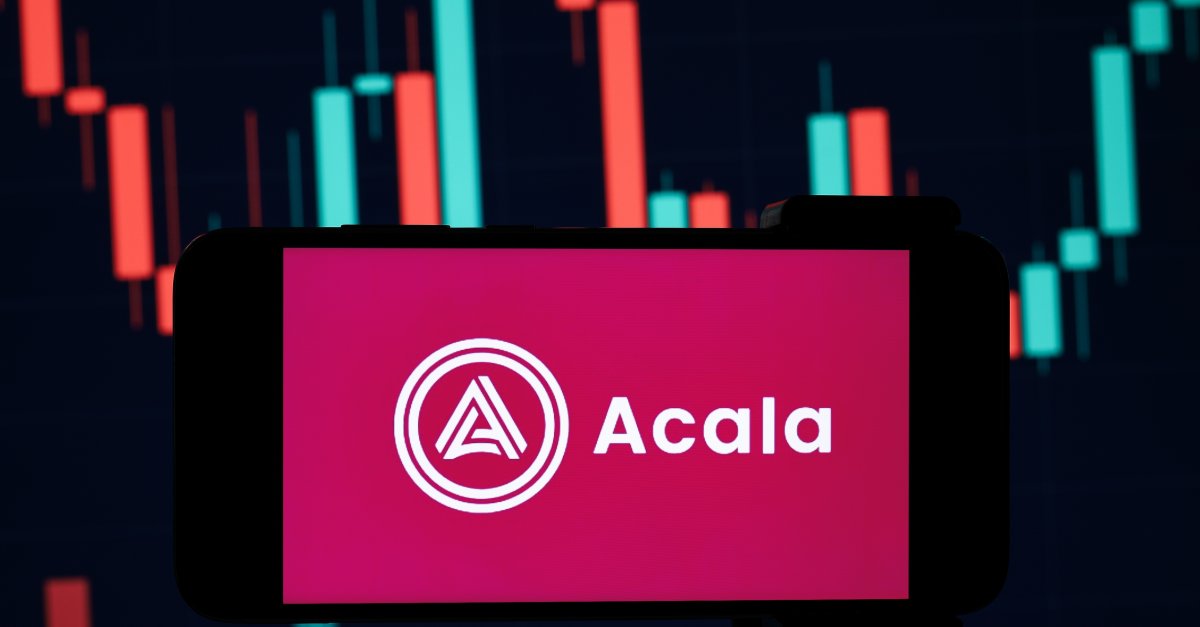 Acala Token launched earlier this year with the intention of becoming an economic hub on the Polkadot (DOT) blockchain.

But its utility cryptocurrency ACA has faced recent difficulty after an exploit saw 2.9 billion AUSD, the platform’s stablecoin, erroneously minted.

ACA is showing signs of recovery. After dropping to its all-time low on 7 September, the cryptocurrency has made some gains and was up 28% over the past week, according to CoinMarketCap, as of 14 September.

Acala is a decentralised finance (DeFi) ecosystem that was built on the Polkadot blockchain. The platform brings together a variety of different products for users as it hopes to become the go-to “economic hub” on Polkadot.

The ecosystem revolves around its Acala Dollar (AUSD) stablecoin, which has recently depegged from $1 and was trading at $0.74 as of 14 September. Investors can access decentralised loans with AUSD.

The New Zealand-based co-founders Bette Chan and Ruitao Su were both previously involved on the Luminar Polkadot product, a trading platform for synthetic assets and margins.

What is your sentiment on ACA/USD?

All about the ACA crypto

ACA is the native token that is used throughout the Acala ecosystem.

It powers its micro gas fees system, which the team describes as “Bring Your Own Gas”. This lets users pay for their transaction fees in the cryptocurrency of their choosing

ACA is also utilised by developers to deploy new “substrate pallets”, essentially allowing users to build on the ecosystem. However, developers must stake the token to access this.

Another utility for ACA is in the governance of the platform. Its website said:

“[ACA] empowers the community to vote, elect council members, and drive the development of Acala.”

ACA went live on 25 January 2022 with an opening price of $3.10 and was immediately thrust into the bearish crypto market. The cryptocurrency closed the month six days later at $1.47

ACA saw a slight resurgence in February as the platform launched its AUSD stablecoin.

In a Medium post, Acala said: “The goal of AUSD is to be the most useful form of decentralised stable currency in the Polkadot ecosystem, serving as the default pair, routing asset, and means of exchange among all users and developers.”

The cryptocurrency’s next surge came in April. Acala had integrated the Talisman wallet and the Wormhole interoperability protocol that month. ACA was fluctuating around the $1.90 mark in early April.

However, it was unable to maintain this value and soon continued its downward trajectory. This was exacerbated by the unpegging of the AUSD stablecoin.

Hackers exploited a vulnerability in a new liquidity pool and minted 1.2 billion AUSD tokens on 14 August. The stablecoin dropped to its all-time low of $0.009 the following day.

Acala managed to freeze the funds, obtain most of the lost tokens and burn the “erroneously minted AUSD”. But the stablecoin has yet to return to its $1 peg.

A community governance referendum has been proposed and passed. At block 1652829 in approx. 35 minutes, 1,292,860,248 total erroneously minted aUSD will be returned to the honzon protocol and will be burned.

Details in thread below:

ACA similarly suffered following the AUSD depegging, and acala token stooped to its all-time low of $0.17 on 7 September.

Meanwhile, DigitalCoinPrice anticipated steady gains for ACA and it expected it could have averaged $0.32 this year. Its acala token price prediction for 2025 suggested it could have achieved and average price of $0.99 that. Five years’ later, it predicted the cryptocurrency could have risen to $3.32 in 2030.

When considering a ACA price prediction, it’s important to keep in mind that cryptocurrency markets remain extremely volatile, making it difficult to accurately predict what a coin or token’s price will be in a few hours, and even harder to give long-term estimates. As such, analysts and algorithm-based forecasters can and do get their predictions wrong.