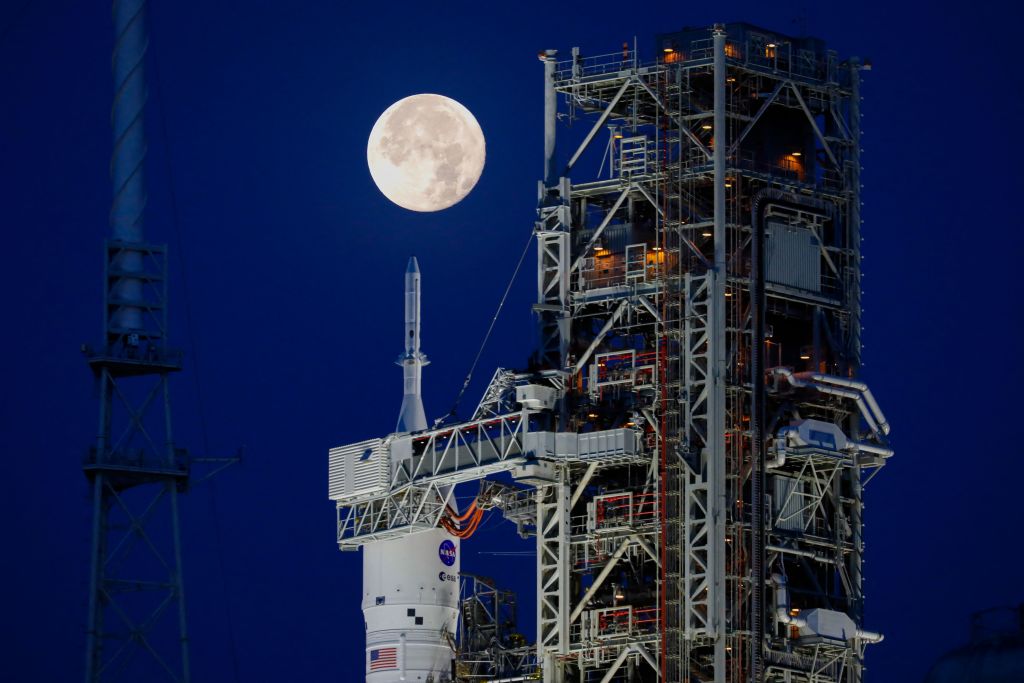 NASA will soon make its first lunar landing in 50 years, thanks to the Artemis 1 mission, which is set to launch in a few weeks.

It’s a crucial step in an ambitious plan to send new spacecraft into orbit, put together a lunar space station, and send people back to the moon for the first time since the Apollo mission ended after Gene Cernan and Harrison Schmitt became the last people to walk on the lunar surface. 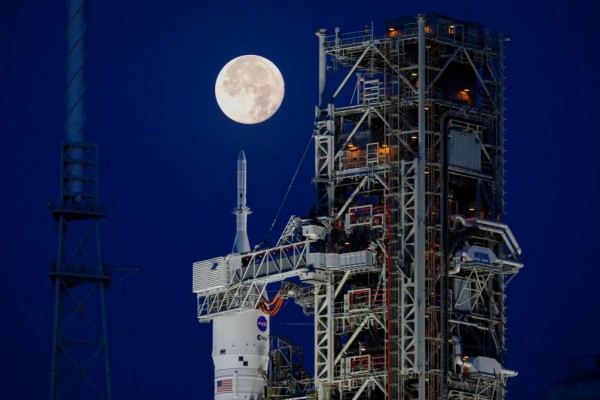 (Photo : EVA MARIE UZCATEGUI/AFP via Getty Images)
NASAs Artemis I Moon rocket sits at Launch Pad Complex 39B at Kennedy Space Center, in Cape Canaveral, Florida, on June 15, 2022. – NASA is aiming for June 18, for the beginning of the next wet dress rehearsal test of the agencys Space Launch System (SLS) at the Kennedy Space Center, with tanking operations on June 20

The Space Launch System, a 32-story rocket that is topped by the Orion spacecraft, will make its debut with the launch of Artemis 1. The lunar surface will be 62 miles away from the spaceship when it deploys miniature spacecraft for lunar and extraterrestrial exploration, as reported first by WIRED.

Orion is capable of delivering humans for greater distances than any spacecraft has ever traveled, even though this initial voyage will be unmanned. The next voyages will be including humans.

NASA is planned for the morning of August 29 as the launch window for Artemis 1 opens, with September 2 and 5 as a backup if initial plans are upended.

Since its inception in 2017, the Artemis program has so far cost around $40 billion. As part of NASA’s larger effort to emphasize human space flight, its main objective will be to establish a prolonged presence on the moon with a space station and a lunar base camp.

At the same time, Artemis is a part of NASA’s long-term “Moon to Mars” program, which aims to transport astronauts to Mars in 20 years.

If the initial Artemis voyages are successful, more parts will be sent to the moon station, and astronauts will be sent for lengthy stays on the lunar surface.

Read also: NASA Artemis I Mission To Send Your Name To the Moon! How To Include Yours in the Space Agency’s Flash Drive?

It is worth noting that Artemis 1 won’t have any passengers, but it will have three mannequins with it. The male one was utilized for Orion vibration tests and was given the name Commander Moonikin Campos as a result of a public name-picking contest.

He will soar beside two female mannequin torsos fashioned of materials that resemble an adult woman’s bones, soft tissues, and organs.

The project will also launch 10 CubeSats, or shoebox-sized spacecraft, which will map the lunar surface and examine its ice pockets. Other CubeSats will also be conducting tests on a space radiation shield and travel to distant areas.

The Artemis mission will act as a testing ground for innovations created through public-private collaborations. The eventual orbit of the Lunar Gateway is now being scouted by the small spacecraft Capstone, which NASA has already launched in collaboration with Terran Orbital and Rocket Lab.

Related Article: NASA Artemis I Offers Last Chance to ‘Fly Your Name to the Moon’: Here’s How to Register

This article is owned by Tech Times

ⓒ 2022 TECHTIMES.com All rights reserved. Do not reproduce without permission.