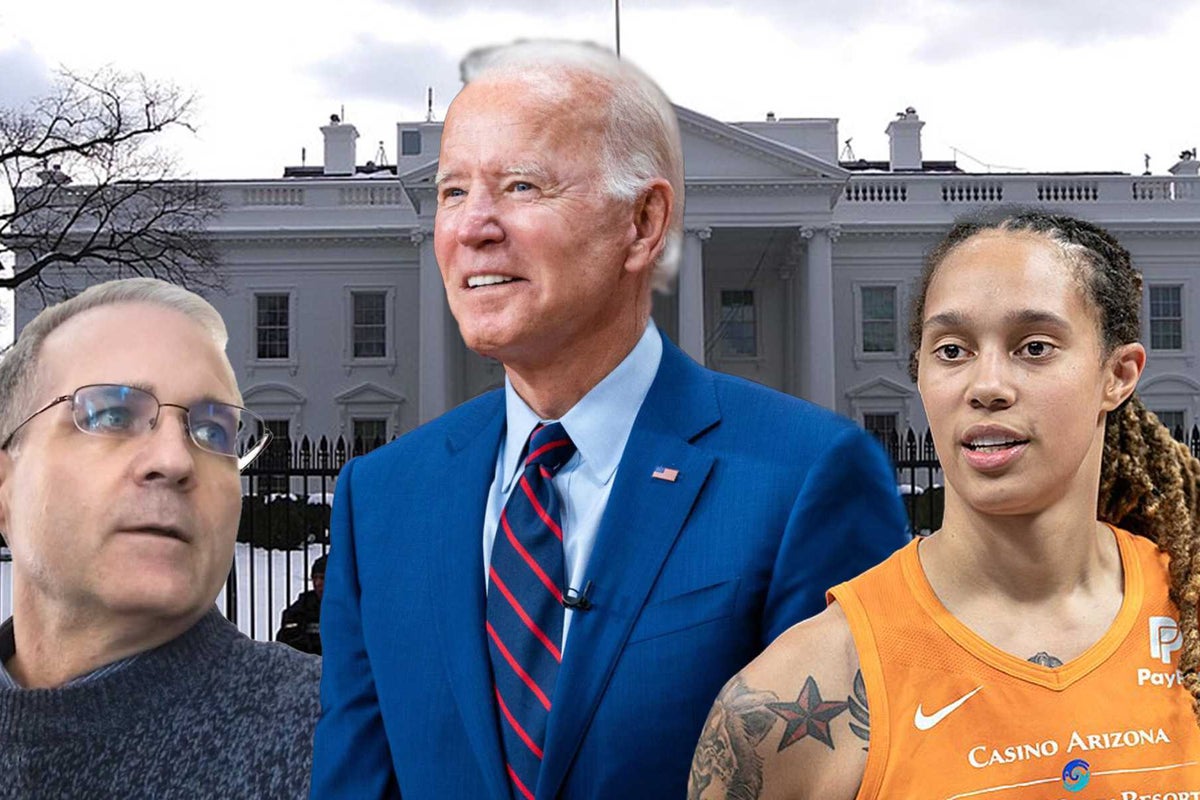 Biden conducted separate meetings to assure the families that their loved one “are at front of mind,” said White House press secretary Karine Jean-Pierre.

“We’re going to continue to do everything that we can, working tirelessly every day, to make sure that we get them home,” Jean-Pierre told reporters.

The meetings mark the first time the President has met in person with the Griner and Whelan families though Biden spoke with Cherelle Griner by phone in July.

Paul Whelan’s sister Elizabeth Whelan said she’s been trying for more than three years to get a face-to-face meeting to discuss her brother Paul who was arrested in Moscow in 2018, convicted in 2020 on spying charges and sentenced to 16 years of hard labor.

Griner, a two-time Olympic gold medalist, was arrested at an airport in Moscow on Feb. 17 for possessing less than a gram of cannabis oil in her baggage. She was was sentenced to nine years in a Russian penal colony on August 4.

Prior to the meeting, Jean-Pierre told reporters that Biden is committed to “bringing their family members home safely. As we have said before, we believe that Russia is wrongfully detaining Brittany and Paul under intolerable circumstances.”

Meanwhile, coordinator for Strategic Communications at the National Security Council John Kirby told CNN on Friday that the President is “not going to let up” over the ongoing detentions.

“He’s confident that this is going to remain at the forefront of his mind and his team’s mind, and that are going to continue to work this as hard as they can,” Kirby said.

In that the White House has been in talks with Russian officials for months now, reporters asked why Russia hadn’t accepted a US offer for Griner and Whelan’s return.

“If we had the answer to that question, we might already have a deal. I think that’s a better question put to our Russian colleagues. We made “We made a serious offer, we want them to accept it,” Kirby said.

“Frankly, these two individuals ought to be home anyway, period, but we understand that’s probably going to have to be the result of the negotiating process, one that we’re willing to participate in honestly, and fully and we’ve been doing that. We await them to take the offer that’s on the table.”