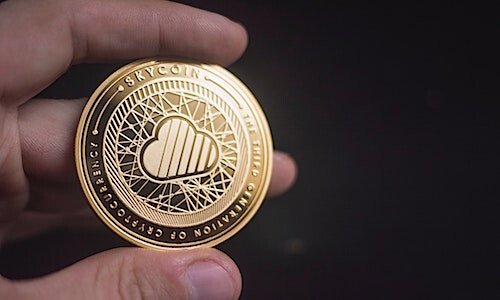 Brandon Smietana – founder of Singapore-based Skycoin Global Foundation – has filed a civil racketeering lawsuit in the U.S., claiming that he was a victim of extortion and kidnap.

Skycoin founder Brandon Smietana filed a lawsuit this week against Bradford Stephens, Harrison Gevirtz and almost a dozen others, accusing them of extortion, kidnap, defamation and more.

In response, Stephens said a «quick dismissal» is expected for the case, adding that the accusations were «absurd» and «pretty weird» with some of the people named in the suit allegedly having «nothing to do with Skycoin».

«[Smietana has] a history of blaming other people for the failure of Skycoin,» according to a «Bloomberg» report citing Stephens in a phone call.

According to the filing made in a Chicago federal court, Stephens and Gevirtz were hired in early 2018 to market Skycoin and revamp its website.

They were initially paid more than $1 million for the job but began asking for an additional payment of $38,000 to fix a spamming problem that linked pornographic blogs to Skycoin’s website.

Smietana also claims that he later discovered Stephens and Gevirtz were behind the spamming and they would go on to demand $100,000 a month and the $300,000 to end future attacks.

They also met with Smietana in Shanghai in February 2018, threatening to delist Skycoin from all exchanges unless they were paid $30 million in bitcoin and $1 million in cash.

Although Smietana said he made some of the extortion payments, he claimed that Stephens and Gevirtz nonetheless threatened to publish news articles that would damage Skycoin unless they were allowed to take over the firm.

Some negative articles were later published, the filing said.

In addition to extortion and defamation, Smietana also alleges that his refusal to meet the takeover demands led Stephens, Gevirtz and another defendant to conspire with four assailants to kidnap Smietana and his girlfriend in June 2018.

In an attempt to extract passwords, source code and other information from his computer, Smietana said he was violently beaten and tortured for six hours in his home before providing access to about $139,000 in bitcoin and $220,000 in Skycoin.

He also claims that Stephens and others demanded money in exchange for the return of Skycoin computer-based assets and media accounts. $50,000 in unexplained cash expenses over two days in Las Vegas was also allegedly charged to the firm.