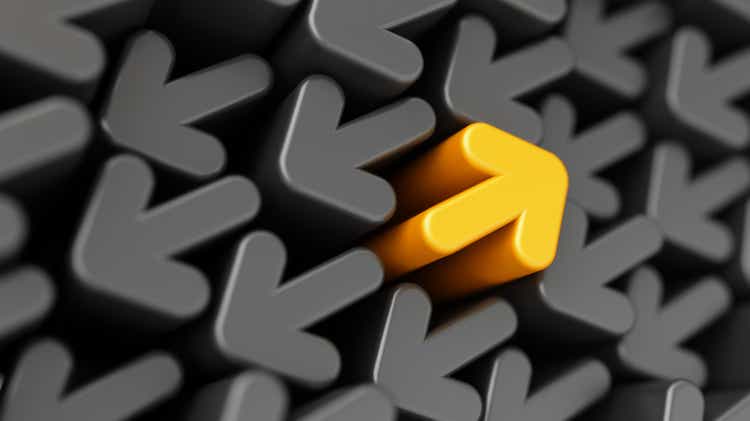 Charlie Munger needs no introduction, but some readers may need a bit more information on Li Lu. They have been close friends for almost 2 decades. Charlie Munger described Li Lu as the “Chinese Warren Buffett.” And to Li Lu, Munger has been a “mentor and good friend” (in Li Lu’s own words). The following brief bio taken from Wikipedia provides a bit more info on Li Lu (slightly edited by me):

Li Lu (born April 6, 1966) is a Chinese-born American value investor, businessman, and philanthropist. In 1997, he founded Himalaya Capital Management, known for its disciplined and value-oriented approach to investing. Li met Charlie Munger on Thanksgiving 2003 and they have been friends since. With Munger’s help, Li transformed his hedge fund into a long-only investment vehicle which is currently focused on global investment opportunities. Munger has stated that Li Lu is the only outside manager he’s ever invested with and he’s described him as the “Chinese Warren Buffett.” Li Lu has been known as the man who introduced the Chinese battery and electric car maker BYD Company to Charlie Munger and Warren Buffett.

It is interesting to observe that these two investors, who share both close friendship and also investing principles, diverge starkly on Alibaba Group Holding Limited (NYSE:BABA, OTCPK:BABAF). Munger has a large position in BABA, but Li Lu does not. And this leads us to the main topic of today. You will see a comparison of their views and actions best illustrates the opportunities and risks associated with the BABA investment. On the one side, the current BABA situation presents an opportunity to buy a good business on the operation table, a hallmark investment strategy from Munger. On the other hand, this article will also dive into the view of Li Lu, especially his view on the civilization 2.5 status in China, as elaborated immediately below.

Li Lu’s current holdings in his Himalaya Capital Management are shown in the chart below. As mentioned above, Munger described him as the “Chinese Warren Buffett.” But from his holdings, he is more Buffett than Buffett himself in terms of concentration. His portfolio consists of a total of 6 positions only and the largest position – Micron (MU) – represents almost 34% of the total portfolio size.

You can also see that half of his picks overlap with Munger and Warren Buffett. All three of them like Bank of America (BAC), Apple (AAPL), and of course Berkshire Hathaway (BRK.A, BRK.B).

However, BABA is where he and Munger diverge. As to be detailed in the next Section, Munger holds a sizeable BABA position, but Li Lu does not. So naturally, it triggers the question: Why? Seeking Alpha authors have detailed many risks such as VIE, delisting, et al. To me, these are symptoms. In my view, Li Lu’s following Civilization 2.5 theory offers a more fundamental explanation of the underlying cause. The theory was presented in a lecture he gave in 2015, and I think it is worth quoting in full (the emphases were added by me). And readers are highly encouraged to read the transcript in its entirety:

I believe China is at interim stage between Civilization 2.0 and Civilization 3.0. Let’s call it Civilization 2.5. China has come a long way but still has a long road ahead. Therefore, I think there is a high probability that China will continue on the main track of Civilization 3.0, as the cost of deviation is very high. If you have a good understanding of China’s culture, people and history, you will agree that China will forge forward. This is particularly the case now that you have a better understanding of the essence of modern civilization. There is almost no chance of China leaving the common market, and the probability of China changing its market rules is also very small. Thus, it is highly probable that, in the next 2 to 3 decades, China will remain in the global market system, and adhere to free market principles, in addition to promoting science & technology development.

It will take time to go from Civilization 2.5 to 3.0. And surprises and setbacks like VIE and delisting are likely (plus a bunch more that we cannot even imagine today). So, given the timeframe and uncertainties, it is an understandable decision that some investors, Li Lu himself included, decided to stay on the sideline.

While Munger, apparently focused more on the opportunity side of the coin given that China will have no choice but to keep upgrading to 3.0 because “the cost of deviation is very high.” And we will elaborate on Munger’s thinking and actions immediately below.

The following chart summarizes the key events that led to Munger’s actions. As you can see from the chart below, he started buying BABA shares in 2021 Q1, after a large correction in its share price caused by the cancellation of the highly anticipated Ant Group IPO. He then doubled down his stake in Alibaba twice: first in 2021 Q3, and then again in 2021 Q4.

There are certainly good reasons for Munger’s decision. In the near term, the market reacted too quickly to a series of short-term events based on perception (based on the information available at that time). And there is no lack of major events in the past 1 or 2 years as summarized in the chart (including a war, specifically the Russian/Ukraine war). As a result, even though BABA’s core business is intact, its valuation became too compressed when Munger pulled the trigger to double down his bets. It is a textbook reflection of his wisdom of buying a good business on the operating table. At the prices he bought into BABA, it was valued as a terminally cheap and stagnating business, while its core fundamentals not only remain intact but also well-positioned for growth.

In the longer term, as just mentioned, not only China will continue to upgrade to Civilization 3.0, but also other countries in the Asian Pacific region. And such an upgrade will present spectacular growth opportunities, and BABA is well-positioned to benefit from such an upgrade, as to be discussed next.

The upgrade to civilization 3.0 and BABA

It is an unstopped trend that our world is moving toward e-commerce, and the epicenter of the remaining movement will be China and the Asian-Pacific region. Even though many of us are already impressed by the success of e-commerce giants like BABA and Amazon (AMZN), the movement toward e-commerce has just actually gotten started and the bulk of the growth is yet to come. The global e-commerce market size was valued at USD 9.09 trillion in 2019 and is expected to grow at a compound annual growth rate (“CAGR”) of 14.7% from 2020 to 2027. The secular support is even stronger for BABA as the Asia Pacific region is already dominating the market for e-commerce with a share of 55.3% in 2019. Furthermore, this region is expected to witness the fastest growth from 2020 to 2027 as seen below. Even by as early as 2023 – in about 2 years that is – retail e-commerce sales in Asia-Pacific are projected to be greater than the rest of the world combined.

And BABA stands best poised to benefit from this upgrade, especially from the Asian-Pacific momentum. As argued in my earlier article:

Capitalizing on the continued e-commerce growth requires a combination of scale and reach, government support, and technology. And also, finally, geographical proximity and cultural compatibility certainly help. And BABA has all these stars aligned for its further expansion – especially in the Asian-Pacific region. The China government might be tightening its regulations on its domestic market, but it certainly encourages the overseas expansion of its tech giants like BABA. And BABA has already accomplished a substantial lead in capturing overseas markets, with its close neighbors such as Indonesia and Vietnam posting revenue growth of over 100% YoY recently.

To recap, the current BABA situation is a textbook example of high-risk and high-return investment opportunities. There are plenty of risks in the near term and also in the long term. There has been no lack of major events in the past 1- or 2-years surrounding BABA (Ant IPO, fine, VEI, delisting, et al). In the near term, the China-U.S. trade tension and global geopolitical frictions will keep the stock prices in a highly volatile state. And I am sure there be more hiccups and surprises that investors have not thought about yet showing up in the near future.

In the long term, China is going through an upgrade from civilization 2.5 to 3.0. I agree with Li Lu’s view that China will have no choice but to keep upgrading to 3.0 because “the cost of deviation is very high.” But at the same time, the path of the upgrade will be long and full of setbacks. Independent thinkers like Munger and Li, despite their opposite actions, are essentially betting on the two sides of the same coin.

I am siding with Munger there and betting on the opportunity side. All the risks and opportunities mentioned above should apply equally to major China tech firms. However, I think the market now overly exaggerates the risk side for BABA and underestimates the opportunity side, creating an asymmetric opportunity. As you can see from the following chart, both the valuation of BABA and JD.com (JD) has been compressed substantially in the past two years. You can see that by the downward trend of the three-year medium of their price to CFO multiple. Despite the common risks/opportunities and also comparable (or even superior profitability as argued in our recent article), BABA was so much more compressed than JD. Its current P/CFO stands at only 10.55x, about 25% below JD’s 13,.98x, and a whopping 43% below its 3-year median of 18.44x.