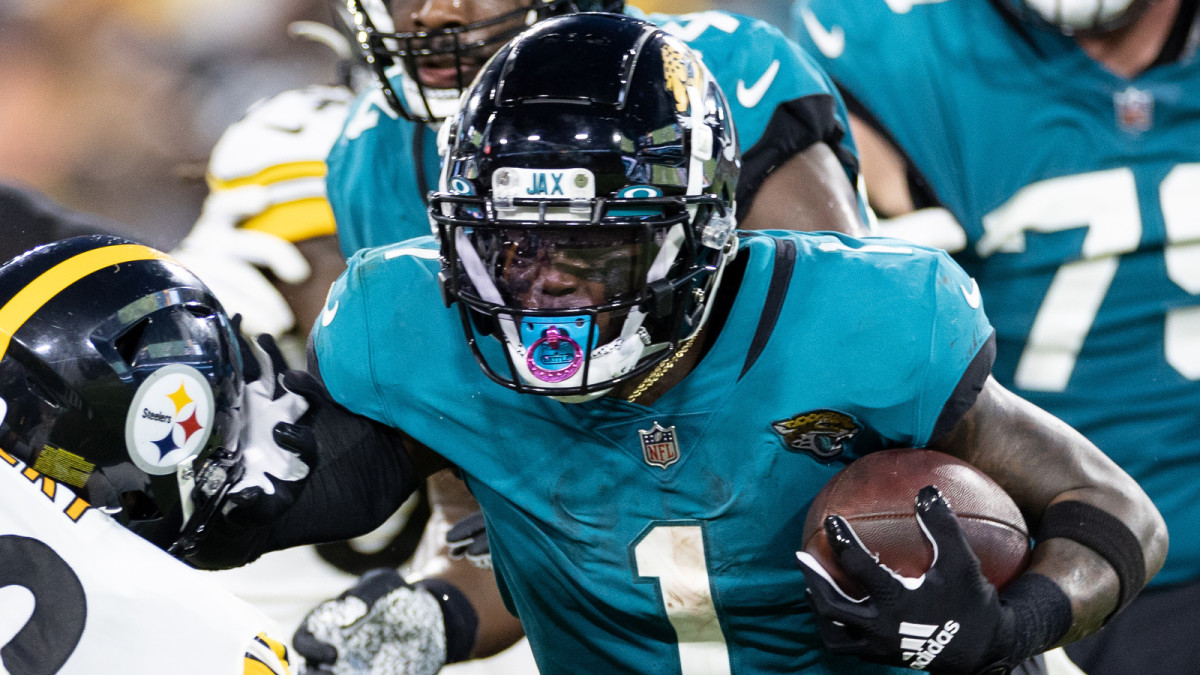 I wish the Jacksonville Jaguars came into 2022 with an outlook of an elite offense with a rising young quarterback and difference-maker running back. Unfortunately, Trevor Lawrence struggled in his rookie season after three dynamic seasons at Clemson. His college teammate Travis Etienne missed last season while James Robinson underperformed expectations due to a foot injury. The cloudiness of the Jaguars’ offense and the potential split in snaps with Robinson creates an excellent buying opportunity for Etienne.

In college, Etienne played in a high-scoring offense that allowed him to make big plays up the middle or outside. His vision and feel for play development helped him find the needed space to beat weaker defenses for long touchdowns. Etienne offered a drop step in the open field that led to catching some defenders flat-footed, creating the space to finish runs on the outside with touchdowns. Defenders had trouble bringing him down with arm and half-body tackles. His speed is almost deceiving when turning up field, letting Etienne blow by tacklers who take poor angles.

His next step in his development will be proving his worth in pass protection and showing the ability to make the proper reads on blitzes. In 2020, Etienne had a four-game stretch with a fumble (three lost), but he only had four fumbles over his previous three seasons in college. His speed projects to be close to 4.40 in the forty-yard dash.

The Jaguars have a new head coach, and I expect their offense to improve. Robinson should start the year with limited snaps if he is active due to his recovery from an Achilles injury. Etienne has beast upside, but he needs Lawrence to also make a progression in his sophomore season in the NFL.

Based on my latest projections, I have him ranked 11th at running back while being on a path to average about 16 touches a game. His outlook in fantasy points (254.15) in PPR formats falls in a similar range as the many wide receivers selected in the high-stakes market in the third and fourth rounds of drafts. I view Etienne as the drop-off at running back in the third round (if he makes that far) while also understanding that he has a first-round ceiling.

The running back position outside the top 15 option looks challenging to handicap. Depending on draft flow and format, the wide receiver pool tends to run through the sixth round, leading to me wanting to roster Etienne as my RB2 in many drafts and focus on wideout over my following few selections.

I view Etienne as a target in drafts, but adding him to my team in the second round does invite different trade-offs due to the player pool having more strength. He is not a player I want to finesse in drafts. I will tee him up early and often, hoping my opinion lands in the middle of the fairway. In the 2023 draft season, fantasy drafters will be coin-flipping whether to select Jonathan Taylor or Etienne with the first overall pick.