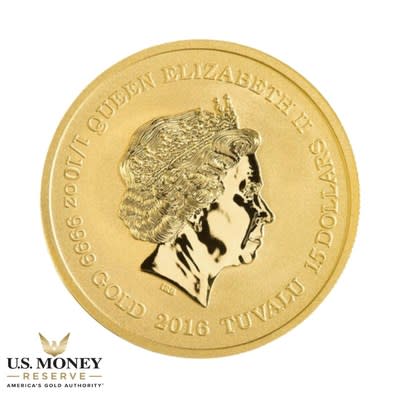 AUSTIN, Texas, Sept. 21, 2022 /PRNewswire/ — The passing of Her Majesty Queen Elizabeth II has activated an intricate process that hasn’t been in motion since the passing of King George VI in 1952. Among many items that need to be changed will be currency and coinage.

Queen Elizabeth II has been depicted on British banknotes and coins for decades. Now the Bank of England and mints around the world that produce coins with her effigy will undertake the task of changing these to images of King Charles III. How will this process take place?

This is a new issue for the U.K. and its Commonwealth nations. When Queen Elizabeth II ascended the throne, the monarch was not on banknotes (that occurred 8 years later in 1960, when she appeared on the £1 note). The closest precedent is when the U.K. went to a synthetic £50 banknote, and it took 16 months to recall existing banknotes and issue replacements. There will likely not be a recall and replacement of current banknotes, but instead the U.K. will print new notes with King Charles III that will co-circulate with existing banknotes.

U.K coins will likely change the same way. In the past, when there was a new monarch, the new coins circulated alongside the old.

Some collectors who want a keepsake might also collect (and thus take out of circulation) the coins/bills with Queen Elizabeth II made in the year of her passing and coins/bills with King Charles III made in the year of his ascendancy, as well as various numismatic products commemorating both Queen Elizabeth II and King Charles III.

There are more than 29 billion coins depicting Queen Elizabeth II in circulation in the U.K, as well as 4.7 million banknotes, according to the Royal Mint. That number does not include banknotes from the numerous nations in the Commonwealth that also have her on their money. Initiating a new coin launch can be a complicated process, and it becomes even more intricate when every coin will be changed. The process of changeover will likely take a long period of time, during which the different versions of bills and coins will coexist.