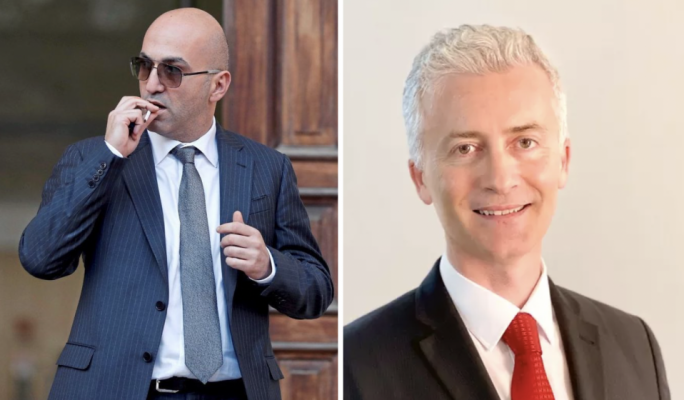 Malta issued a request for information from the United States back in September 2021, as part of a magisterial inquiry conducted by Magistrate Nadine Lia into Fenech, over the unlawful acquisition of firearms on the “Dark Web” using Bitcoin.

Details in an application filed a year after the request – 21 September 2022 – is seeking to collect evidence from cryptocurrency exchanges Poloniex and Coinbase. The request was filed at federal court in Delaware on Wednesday by the USA, 12 months after the request for judicial assistance from Malta.

“As Malta’s Office of the Attorney General stated in the Request, the Maltese police are investigating the unlawful acquisition of firearms by Yorgen Fenech, via the dark web, on or about December 13, 2017 and November 25, 2018, in violation of the criminal law of Malta…

“… According to authorities in Malta, on November 25, 2018, Fenech inquired into the purchase of a Glock firearm and a Scorpion CZ automatic rifle for 0.9 Bitcoin. On the same day, another individual, Aron Mifsud Bonnici, sent from his accounts at Coinbase and Poloniex 1 Bitcoin to Fenech, 0.9 Bitcoin of which Fenech then used for the weapons purchase.

The Maltese authorities said they are requesting pertinent business records from Coinbase and Poloniex for both Mifsud Bonnici and Fenech. Poloniex and Coinbase are both Delaware corporations.

Fenech was arrested in November 2019 while trying to leave Malta on his yacht and is indicted for complicity and conspiracy in the murder of journalist Daphne Caruana Galizia, who was killed in a car bombing near her home in 2017. He is currently in custody awaiting trial.

When contacted by MaltaToday on Thursday evening, MIfsud Bonnici initially denied being the subject of an investigation, dismissing the allegation as “false and slanderous.”

After he US document was quoted from, the lawyer said he had been told by the police that there was no wrongdoing on his part: “In August and September 2021, I assisted the Malta Police in an open investigation regarding Mr Yorgen Fenech. I was subsequently asked by the Police to help further by giving evidence, once Mr Fenech was charged with the attempted importation of a firearm from the dark web. Given the ongoing investigation, the case was heard behind closed doors, and I have thus refrained from making any public comment in regard thereto until today.

“The Police confirmed that there is no suggestion of wrongdoing in my regard. I ask that you verify this directly with the Police.”

A source connected to the probe told MaltaToday that the related investigations are still ongoing.

Mifsud Bonnici runs his own law firm. He previously enjoyed the trust of Labour Party leadership. Apart from acting as legal counsel to the General Workers Union, his father was also a party candidate and deputy mayor of San Gwann.

During the first Muscat administration, Mifsud Bonnici had represented embattled minister Konrad Mizzi, when his name emerged in the Panama Papers, in various litigation cases.

Afterwards, the three partners of Mifsud Bonnici Advocates all found themselves occupying various posts in public companies, mostly falling under Mizzi’s political remit when he was appointed tourism minister in 2017 in the second Muscat administration.

At that point Mifsud Bonnici was acting as board secretary of at least nine public entities, among them Enemalta plc and Engineering Resources, and billing company ARMS, as well as Projects Malta and Projects Plus.