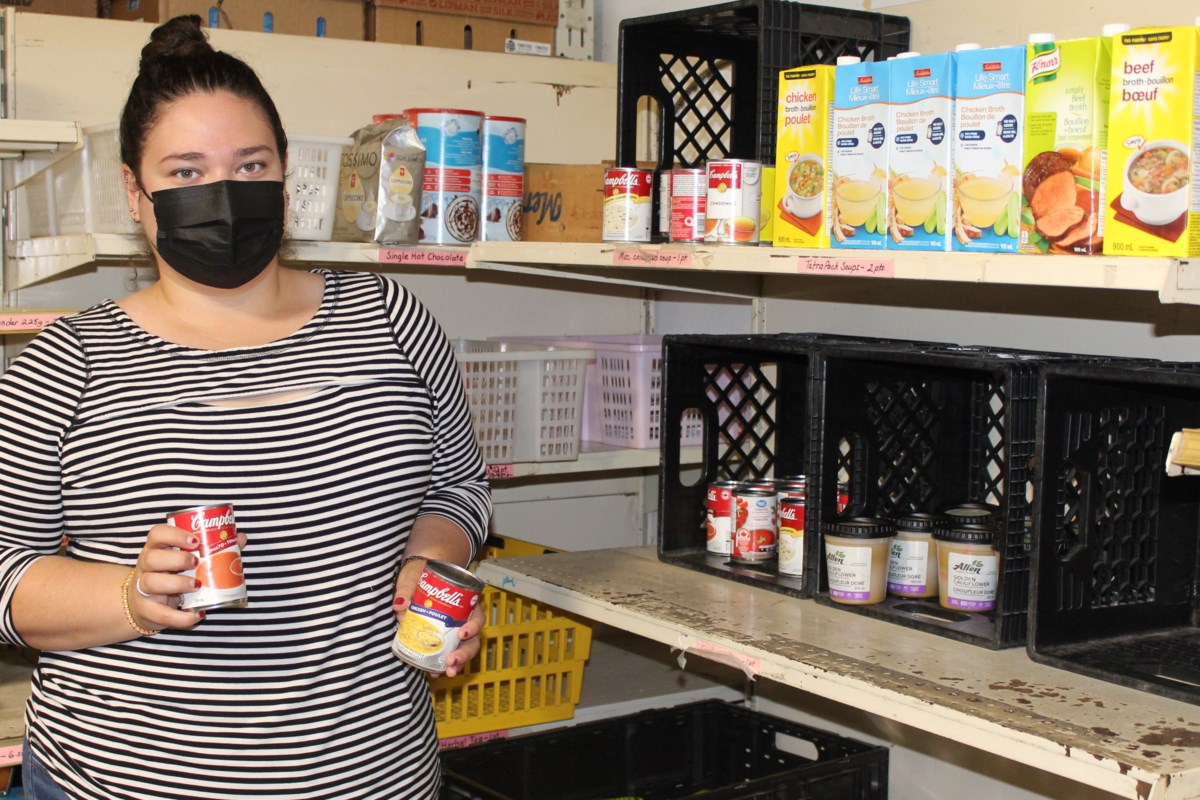 Rising prices in the grocery aisle are leading to a heightened sense of concern from food banks.

According to Statistics Canada, the cost of food was up 10.8 per cent in August, compared to a year ago, the fastest climb the country has seen since 1981.

Food banks, including the Guelph Food Bank, have been seeing a rise in clients and a drop in donations.

From February to June, the Guelph Food Bank said they served 1,892 unique individuals through their food bank and three satellite locations. That’s up from the 1,286 people served during the same time period in 2021.

Meantime, they’ve also given out a ton more food year-over-year.

At the North End Harvest Market, they’re helping out about 150 families at the moment, and are averaging two or three new registrations a week.

“We could probably go another 10 (clients) for the amount of money that we get,” said Barb McPhee, market manager. “I can’t see us going any higher than that.”

She said with more people requesting food, they may have to look at how they can cut down on the food being given out, to spread the wealth and serve the same amount of people.

At the moment, they fill up produce bags and figure it’s enough to feed a family of four for a week.

“We just do fresh produce, and that seems to be the stuff that’s rising,” she said.

At the University of Guelph, their food bank is feeling the pinch too.

“Our budget only allows for 30 items per month per students, which is not enough for a fully nourished diet,” Alanna Wyllie, coordinator of the student food bank at U of G, said in an email.

“We are doing what we can within our means but rely on donations and our own fundraising efforts to support the number of students that are registering for our FoodBank.”

The university food bank recently had an extensive wait list, which Wyllie said they haven’t experienced in previous years, and had to make several changes to serve more students and address the wait list.

“From speaking with students, I can say that individuals are experiencing food insecurity at increasingly high rates and are finding it extremely difficult at times to supplement a healthy diet on top of rent and tuition costs,” she said. “The increased need for our service definitely ties in with the housing crisis and being able to access affordable housing in the community.”

She said the Central Student Organization is working with the university on advocacy efforts to address what they call “clearly a systemic issue with food insecurity” including grant applications and fundraisers, adding they have received numerous in-kind donations and grants from community partners.

On the other side of the coin, shelves at the Guelph Food Bank are getting bare, to a level administrator Pauline Cripps hasn’t seen in her seven years working there full-time.

“Donations started dropping because people were obviously affected by the impact on the prices on their budgets and not being able to buy as much, and donate as much,” she said.

The good news is despite that, the GFB has never been without food and hasn’t had to shut down servicing, which Cripps credits a generous community for.

Cripps said the goal will be to collect 90,000 pounds of food.