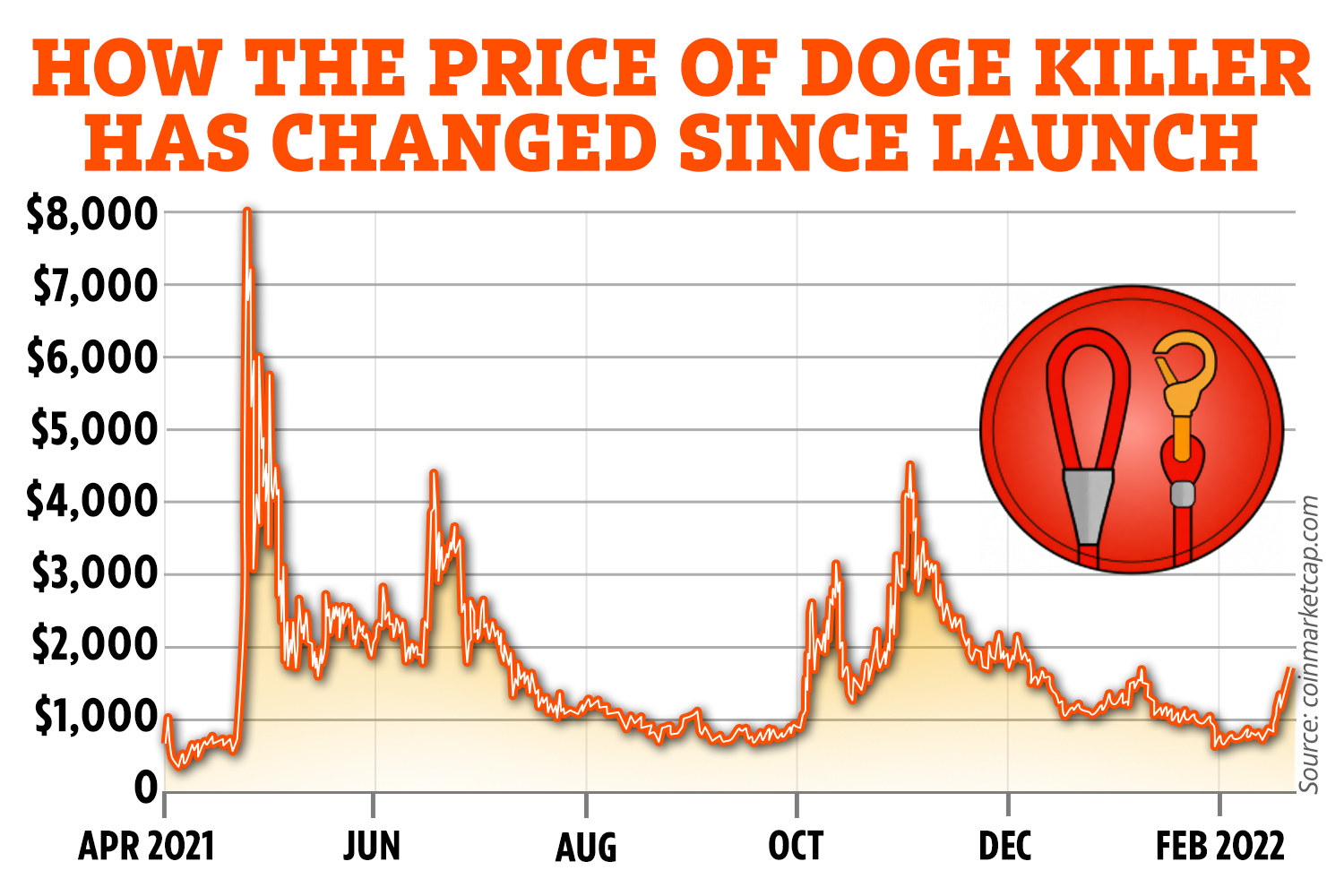 DOGE Killer has been on a wild run since its launched trading last spring, and some are wondering where the price will wind up in the future.

The biggest risk in cryptocurrencies is of course the extreme volatility they are subject to. This means they can fall or rise rapidly at any point.

For example, cryptocurrencies across the board were hammered recently in part due to Russia’s proposal to ban cryptocurrency trades and mining.

Also, cryptocurrencies have suffered as the Federal Reserve mulls hiking interest rates up to four times this year.

Doge Killer fits both of these categories – so buyer beware here.

For those who don’t know, a meme coin typically gains off a social media or an internet-based joke.

It’s important to note that the internet could lose interest at any point and move on to a new coin.

In other words, you could lose a lot of money if you’re not careful and it’s important to know what exactly you’re buying.

We break down what Doge Killer is and where the price may wind up in the future.

What is Doge Killer?

Firstly, the meme coin uses LEASH as its token and runs in Shiba Inu’s ecosystem.

In recent days, developers of Shiba announced that it plans to build a metaverse, with LEASH holders expected to be the first to get to purchase land.

A metaverse is a virtual reality experience where users can interact with others.

Metaverses in the crypto space have picked up popularity recently, with Decentraland one of the top players.

As a result of the news, Doge Killer has surged 92% over the past week.

“The Shiba Lands Metaverse news is quite significant for LEASH, as it essentially posits the crypto as an exclusive ticket into Shiba’s corner of the metaverse, whatever that will be,” Shaun Heng, vice president of growth and ops at CoinMarketCap, told The Sun.

But really, the meme coin has one mission – and that’s to do what its name says, which is kill Dogecoin.

Long before Shiba and Doge Killer, Dogecoin was the go-to meme coin for crypto investors.

However, critics of Dogecoin argue that it isn’t as “community-driven” as Shiba.

While Tesla chief executive officer Elon Musk could influence the price of Dogecoin on occasions, it has seen minimal movement compared to Shiba and Doge Killer recently.

And interestingly enough, Shiba is referred to as the “Dogecoin killer” at times.

Shiba and Doge Killer are both up 53%, while Dogecoin has inched up just 2% in the past month.

Given the volatility cryptos like Doge Killer are subject to, it will be tough to predict where the price will wind up.

But regardless, price forecasters have posted their predictions.

A year from now, Wallet Investor sees the price of Doge Killer dropping to $99.624.

Meanwhile, DigitalCoinPrice expects the price to rise to $2,154.59.

Not until 2028 is the price expected to break $5,000, according to the crypto forecaster.

However, if the metaverse plan works out as hoped for Doge Killer – then it might be even able to return its all-time high, according to Mr Heng.

“Investors might start feeling confident again about returning to LEASH to its ATH of 8k,” he said.

Plus, we explain Tezos and what the risks are.

We pay for your stories!

Do you have a story for The US Sun team?