A GUIDE TO THE (LIKELY) NEXT HOUSE LEADERS’ ALUMNI ON K STREET: The past 24 hours have provided loads more clarity on who will lead each party in Congress’ lower chamber next year, with Republicans officially securing the majority and House Speaker Nancy Pelosi announcing this afternoon that she would step down from Democratic leadership, paving the way for Democratic Caucus Chair Hakeem Jeffries (D-N.Y.) to become minority leader.

— Current Minority Leader Kevin McCarthy also survived his first test en route to becoming House Speaker come January. Though some on K Street have privately argued that the slim margin of power McCarthy will soon oversee may diminish the relevancy of hiring lobbyists with ties to the California Republican, his former advisers are still in demand around town.

— Capitol Counsel today announced that Nick Bouknight, who previously worked at the firm before moving over to McCarthy’s political operation and the House Republican-backed super PAC Congressional Leadership Fund, has returned as a partner. Other McCarthy alumni are scattered elsewhere around K Street, including a handful doing multiclient work at lobbying firms and consultancies.

— Jeffries, the Democratic leader-in-waiting, has a smattering of former aides downtown who are working to shape federal policy despite his relatively brief time in Washington. The Brooklyn lawmaker’s first chief of staff on the Hill, Cedric Grant, now lobbies for clients including UnitedHealth Group, Pfizer, Blackstone and Goldman Sachs at Subject Matter. Subject Matter counts another former Jeffries aide, Sandra Alcala, as part of its staff.

Good afternoon and welcome to PI. Send K Street tips and gossip: [email protected]. And be sure to follow me on Twitter: @caitlinoprysko.

A TALE AS OLD AS TIME: K Street is, of course, not just working to woo congressional aides off the Hill. POLITICO’s Hailey Fuchs reports that three departing Democratic lawmakers have been in talks with firms around town about potential landing spots once they leave office, including Reps. G.K. Butterfield (D-N.C.), who is reportedly joining McGuireWoods; Ron Kind (D-Wis.), who’s talked with Squire Patton Boggs; and Cheri Bustos (D-Ill.), who’s had conversations with Akin Gump Strauss Hauer & Feld.

K STREET’S WISHLIST: Roll Call’s Kate Ackley, meanwhile, has the download on which retiring and defeated lawmakers are at the top of K Street recruiters’ lists. That includes outgoing Ways and Means ranking member Kevin Brady (R-Texas), who “enjoys something of a standing invitation on K Street.”

— “‘[T]here is a lot of interest from K Street in this group of members who are leaving,” said Ivan Adler, a longtime K Street recruiter. ‘That is bipartisan and bicameral, especially those folks that are from the oversight committees, like Energy and Commerce, and Ways and Means. And I would say that holds true for senior-level staff of those committees as well.’”

— “Though these members may not have indicated any interest in going downtown, lobbyists and headhunters say names on their wish lists include departing GOP Sens. Roy Blunt of Missouri and Rob Portman of Ohio; Rep. Tim Ryan, the Democrat who lost his Senate race in Ohio; Rep. Ed Perlmutter, a Colorado Democrat whose committee assignments include Financial Services; and moderate Democratic Rep. Stephanie Murphy of Florida, whose committee assignments include … Armed Services.”

— “Another moderate, business-friendly Blue Dog Democrat, Rep. Kurt Schrader, who lost his Oregon seat in a primary and serves on Energy and Commerce, is likely to find a K Street gig, should he seek one,” as would Rep. Rodney Davis (R-Ill.) and former Energy & Commerce chair Fred Upton (R-Mich.). 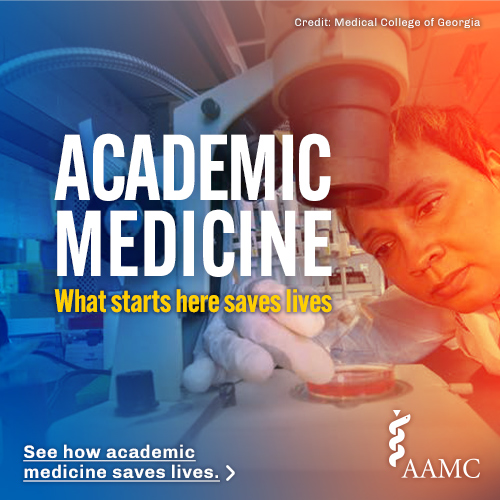 LEFT PLOTS ITS OVERSIGHT OF THE OVERSEERS: “Hours after winning control of the House, Republicans began laying out plans on Thursday for investigations of President Biden, his administration and his family, and were met with promises of a multimillion-dollar counteroffensive from a network of groups allied with Democrats,” The New York Times’ Ken Vogel, Katie Rogers and Glenn Thrush report.

— “The White House, which is building its own defense team, has quietly signaled support for some of the efforts by nonprofit groups with ties to some of the biggest donors in Democratic politics, according to people familiar with the groups.”

— “‘The White House cannot be the sole nucleus for publicly responding to the onslaught of congressional investigations,’ reads a memo from a nonprofit group called Facts First USA that has been circulating among major Democratic donors, members of Congress and others. David Brock, the Democratic activist behind Facts First, said his group ‘intends to work with the White House where appropriate but will make our own judgments.’”

— “Another group, the Congressional Integrity Project, announced Wednesday that it intended to launch a multimillion-dollar “war room” to undermine investigations from the House. People involved in that initiative, which was first reported by POLITICO, have previously worked with Mr. Brock’s team and have close connections to the White House and the Democratic Party.”

— The political arm of the Center for American Progress, has readying its own counterattack, “planning to cast the Republican investigations as ‘politically motivated revenge politics,’ according to its chief executive, Patrick Gaspard, who served as White House political director under President Obama.”

— “The rush by some of the left’s leading figures to organize swift responses to potential investigations highlights an old Washington dynamic: When there is divided government, lawmaking tends to grind to a halt and Congress is dominated by oversight fights.”

— “For nearly two decades, Beth has skillfully guided my office, helping us set the gold standard of policymaking and constituent service while hiring and mentoring some of the top talent in the Senate, and I am grateful for her years of wise counsel and steadfast leadership,” Cornyn said in a statement announcing Jafari’s departure.

YOUR DAILY FTX: As investigators swirl FTX founder Sam Bankman-Fried over business practices leading up to last week’s collapse of the crypto exchange, The Washington Post’s Tony Romm reports that “federal policymakers have been left to ask themselves a familiar, if uncomfortable question: Could they have prevented a crisis if they had paid close attention sooner?”

— “‘Over the years, the regulators … sorta invited them in, these crypto companies, and we’ve seen the damage they’ve caused,’ said Sen. Sherrod Brown (D-Ohio), the chairman of the Senate Banking Committee. Brown said he is exploring the need for comprehensive cryptocurrency legislation, something that Congress repeatedly has proposed as the sector grew, yet time and again has failed to achieve in the face of staunch industry lobbying.”

— “In that time, a wide array of crypto firms have experienced meteoric rises — and once-unfathomable collapses — on the promise of great wealth that didn’t always materialize. … In some ways, the tumult around FTX tells the story of a Capitol often outpaced by the deft technology giants ostensibly under its watch.”

— “From the burst of the dot-com bubble at the turn of the millennium to the rampant privacy mishaps at Facebook decades later, federal policymakers historically have been slow to anticipate the troubles of the digital age. Only after massive, costly scandals have lawmakers and regulators been stirred to action, sometimes with less-than-desirable results.”

— Kara Jones is joining America’s Health Insurance Plans as its newest vice president of federal affairs. She has been with the Foundation for Research on Equal Opportunity since 2019, running its Washington, D.C., office and advocating on issues such as drug and hospital price reforms.

— Ted Newton is now a campaign manager at Purple Strategies. He previously was president of Gravity Strategic Communications.

— Sean Quinn is now an associate in Wilson Sonsini’s strategic risk and crisis management group. He previously was an investigative counsel for the Jan. 6 committee.

Academic medicine touches the lives of everyday Americans—every day. And it all starts in innovative medical school classrooms, cutting-edge research labs, and bustling emergency rooms across the country. Our network of over 150 medical schools and nearly 400 teaching hospitals and health systems never stop pushing toward a healthier tomorrow—from driving medical research and advancing expert patient care to promoting health equity and strengthening the physician workforce. Our member institutions and health systems work together to educate future health care professionals and discover research breakthroughs that give hope to patients, families, and communities nationwide. What starts in academic medicine improves the health of people everywhere. Learn more at whatstartshere.aamc.org