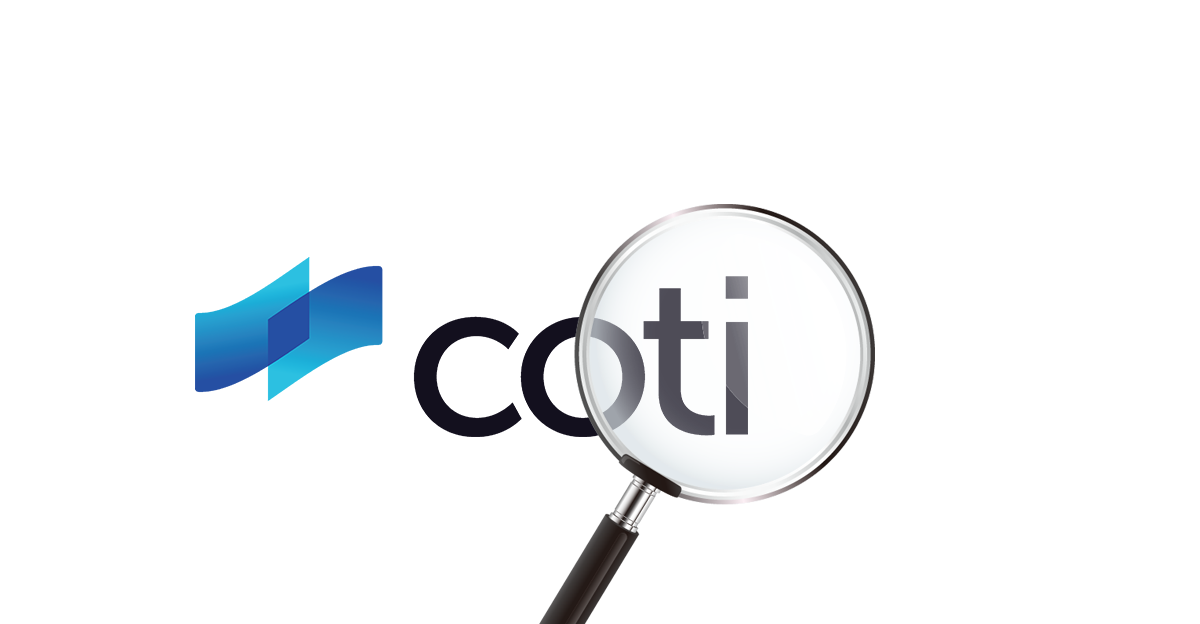 According to our COTI price prediction, COTI is expected to witness a bounce back soon in the price graph, making a good investment opportunity.

COTI has been the favorite and first choice for enterprise-grade fintech firms to provide a payment solution and digitize any currency. If you are considering COTI in your crypto investment portfolio, then you should go through our COTI price prediction to get a rough idea about its future prices, fundamentals, and upcoming developments. COTI price prediction will guide you to take the appropriate investment decision in future.

COTI: From The Scratch

Fiat currencies have remained an obstacle in the era of digitalization. COTI aims to replace the need for fiat currencies through its high performance and overwhelming technologies. COTI is dedicated to offering real-world applications and solutions efficiently. COTI establishes a scalable network where transactions are more accessible, quicker, and cheaper than other cryptocurrencies.

There are many blockchain technologies that attempt to regulate high transaction fees and speed, but COTI stands out as the first choice. COTI was developed and founded in 2017 by Samuel Falkon and David Assaraf with a motive to integrate traditional and crypto payment solutions. COTI empowers ‘finance on blockchain’ and is built on the DAG (Direct Acyclic Graph) technology. COTI protocol has a proof-of-trust consensus algorithm, GTS (Global Trust System), multiDAG, a universal payment solution, and a payment gateway. Let’s take a look at COTI’s current market details to clarify our COTI price prediction better.

COTI is based on the ERC-20 standard and is known as Currency of The Internet, and it is a game-changing cryptocurrency project that aims to regulate high transactions with low transaction fees while providing a user-friendly UI which is easy to manage and operate. COTI has the capability to execute over 100,000 TPS (transactions per second), compared to 25,000 TPS in traditional payment structures and up to 20 TPS in standard blockchain mechanisms.

COTI’s whitepaper states, “Our vision of COTI is to empower users to freely exchange value as simply as information is exchanged on the internet. To achieve this, we are developing the Trustchain protocol based on a directed acyclic graph (DAG) distributed ledger, which creates a scalable blockless protocol that can be utilized by any industry that needs high throughput and trust to operate.”

Let’s find out COTI’s features which can push our COTI price prediction to the North.

COTI also implements a new metric, Trust Score, which is offered to every user on the protocol based on their transaction history. The metric also controls the approval of users’ transactions within the network. COTI partnered with the Cardano foundation to enable ‘pay with ADA’ to expand its payment system further in the crypto industry. COTI collaborated with Chainlink to integrate its GTS (Global Trust System) into the oracle network. It is expected these partnerships are much more impactful and optimistic for our COTI price prediction, and they can soon bring some noticeable price action to COTI’s price graph.

COTI has had a roller-coaster journey since its launch. It has given an incredible ROI to investors in the past. Before moving on to our COTI price prediction, it is essential to know about COTI’s price history to get a rough idea of its future prices and potential.

COTI launched its main network and native token on 4 June 2019 and started to plummet from $0.088 on 5 June to $0.069 on 26 June 2019. This fetched a bearish trend for COTI and continued for eight months. In August. COTI launched its decentralized universal payment solution, but it was not enough to pull COTI up in the price chart as it dropped to $0.027 by the end of the month.

However, COTI witnessed some significant price action in 2020 due to many developments. COTI reached a peak of $0.03 on 24 February 2020, and the bullish rally continued to $0.089 due to a much anticipated listing on Uniswap. For the rest of 2020, COTI did not show much price action.

In 2021, COTI had some big news as COTI announced its further expansion with Apple Pay, allowing payment by integrating Simplex. This was a piece of excellent news for iPhone holders and eventually pushed COTI’s price to a new price record of $0.50 on 30 March. However, after a sharp drop to $0.2, COTI again got a pump and reached $0.48 after being listed on Coinbase. The bullish rally continued, and COTI reached its current all-time high of $0.6826 on 31 October.

COTI launched a mainnet 2.0 upgrade in November but failed to hold the upward momentum further as COTI almost lost 44% of its all-time high and was worth around $0.36. In 2022, COTI got hit by the recent market crash and had a solid bearish rally. In May 2022, COTI price started dropping from $0.22 to $0.07. Since then, COTI has been trying its best to recover as the market recovers.

According to CoinMarketCap, COTI is currently trading near $0.112 with a market cap of $124 million. Our COTI price prediction shows the Bollinger band’s upper limit at $0.1263. This is an immediate resistance level; if it breaks, COTI can surge to the next resistance level at $0.145. Conversely, the Bollinger band’s lower limit is $0.0773. This is a strong support level in the price chart, and if broken, COTI can quickly drop to $0.05.

However, we can see COTI break its immediate support level as RSI 14 is trading above 57, indicating a solid comeback for COTI in the upcoming months. EMA 20 and EMA 50 also show a time for a bounce-back for COTI. MACD is also trading above the trend line, soon hinting at a bullish rally.

According to COTI price prediction of WalletInvestor, COTI is an excellent investment opportunity in the long run. COTI is predicted to hit $0.25 within a year and can touch $0.78 in the next five years.

Is COTI A Good Investment? When To Buy?

Looking at the 2022’s roadmap of COTI, it is a good investment option as it promises to add more technologies to the token and network upgrades. COTI can be profitable if invested in the long-term as it seems to grow from 2023. According to our COTI price prediction, a price of $0.09 can be a good entry point if you are looking for a great ROI.

COTI has a bright future ahead with a planned roadmap and developments. COTI’s universal payment solution is outperforming and aims to touch overwhelming success in the upcoming years, which can take COTI’s price to new highs. However, our COTI price prediction advises investors to take proper precautions and experts’ analysis before investing in the volatility of the crypto market, as your fund may be put at risk.