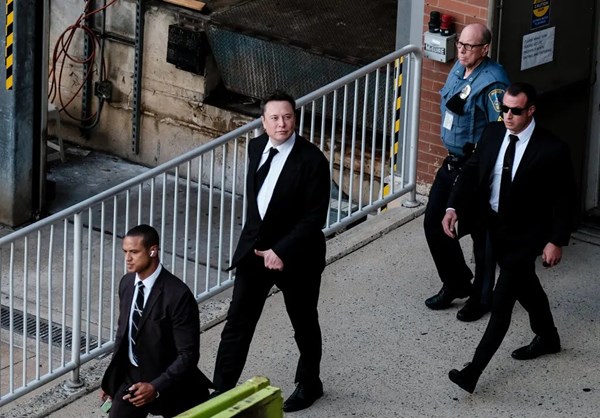 Tesla shareholder Richard Tornetta is accusing Tesla’s CEO Elon Musk that he used his influence over Tesla’s board of directors to be granted a huge sum of compensation while he is not devoting his full time to the company.

American billionaire and currently the richest man on earth, Elon Musk, appeared in front of a Delaware court on Wednesday, for the second time since 2021, to defend his $56 billion compensation package he got in 2018, following a lawsuit by Tesla shareholder Richard Tornetta.

Tornetta accuses Tesla CEO of influencing the board of directors to receive the huge pay package while only acting as a “part-time CEO” as the suit mentions that Musk was not devoting his time to Tesla as he runs several companies at once, and has thus asked the court to rescind the package.

Read more: Twitter to do ‘lots of dumb things’ in coming months: Musk

The shareholder’s attorney, Gregory Varallo, attempted during the hearing to prove that Musk was rewarded the massive sum of money unjustly while accusing the board of directors that they have failed to work in the best interest of the company’s shareholders.

“The amount of pain, no words can express,” Musk said in response to the attorney’s claims that he received the package only through his dominance over the members of the board.

Read more: Twitter becomes ‘Musk Mania’ as he fires execs and takes over

“It’s pain I would not wish to inflict upon anyone,” Musk added referring to his effort that pulled the company from bankruptcy in 2017.

The lawyer attempted to show that Musk took the decision without going back to Tesla’s board repeatedly.

Musk admitted that he terminated the company’s acceptance of bitcoin as a payment without informing the board of directors.

However, the testimony was not able to prove whether Musk demanded the compensation package or it followed negotiations with the board.

The lawyer held up a Twitter image to display in front of the courtroom attendees where Musk is suggesting that Tesla is his wife while Twitter is his new mistress.

Musk announced this week in a Tweet that he will be staying in Twitter’s HQ in San Francisco 24/7 until the company’s issues are resolved.

The billionaire stressed that his constant presence there is only temporary during the launching process as he wants to “reorganize the company” and that the “fundamental restructuring” will be over soon and then he will assign someone else to run the media platform.

Varallo also brought up that Musk was using Tesla employees to work on his Twitter project.

The CEO of Starlink and SpaceX responded that it was “voluntary, after-hours and short-term basis.”