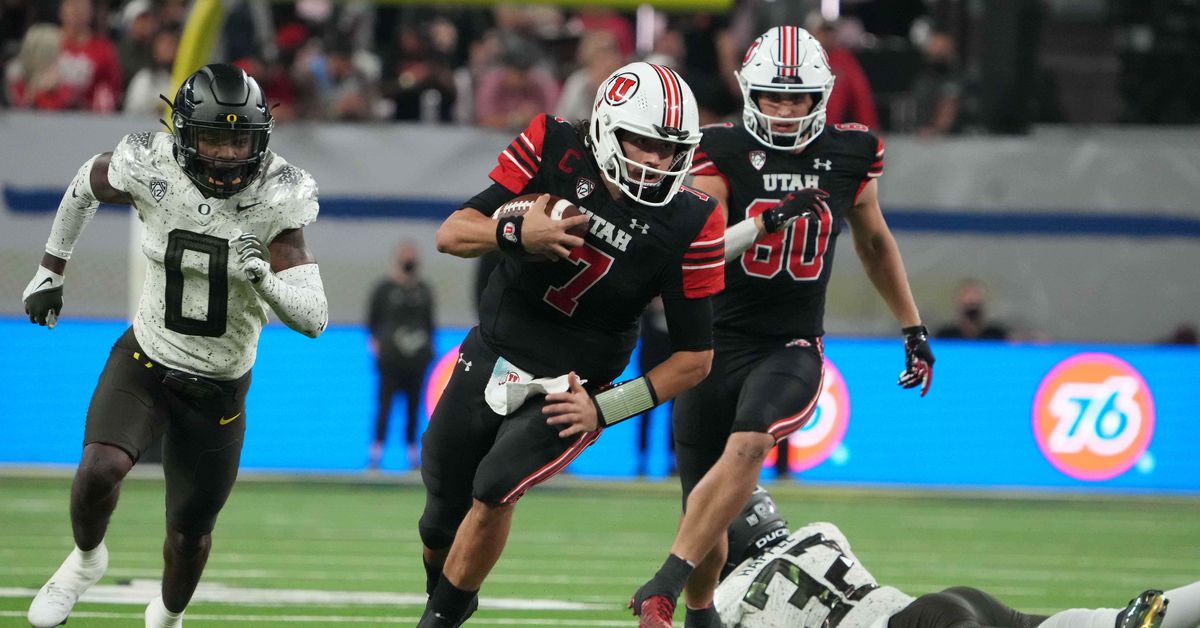 Pac-12 fans have had Week 12 circled on the calendar from very early in the year. Even before UCLA emerged as a contender, the Utah-Oregon and USC-UCLA games looked to be high on impact and drama. UW is just barely outside that top four in terms of conference title game probability, but has the easiest matchup against Colorado.

WSU has settled comfortably into the middle of the conference. All year, they have beaten the bad teams and lost to the good teams, home or away. The offense has evolved over the course of the season to lean into the strength of Nakia Watson’s running and away from Cam Ward’s somewhat erratic passing. Arizona’s maligned defense played better in their big win against UCLA last week, but UCLA contributed to that outcome by struggling to close out drives after gaining solid yardage. Arizona will need to continue that defensive growth this week because WSU has a solid defense that will not roll over for old friend Jayden de Laura.

If Oregon State had won the toss-up game at Husky Stadium earlier this month, they’d be 8-2, riding a five-game winning streak, with their only losses against Utah and USC. The Beavers are thisclose to having a true break-out season. A big part of the reason is one of the West Coast’s best defenses. Arizona State showed improvement when Trenton Bourguet took over at QB. He was ineffective and then hurt against WSU last week, though he should return against the Beavers. With a porous Sun Devil rush defense and OSU’s penchant to pound the rock, I like the visitors’ chances to control the game.

It is not happy times for Bay Area college football. Cal is on a five-game slide and had to fire their OC midseason, and they’re the favorite in this one. Stanford has collapsed with three successive losses by 25, 38, and 35 points. In their defense, all three were against opponents significantly better than Cal. Tanner McKee has slumped while his stable of running backs has been whittled away by injuries. If he can rebound against a suspect Cal secondary, I’ll default to taking the points here.

The Bruins’ shock loss to Arizona took some of the luster off of this Pac-12 Championship Game eliminator. UCLA still has plenty to play for and the two dynamic offenses should make this game highly entertaining. The specific match-ups should play into the fireworks. USC has struggled with elite running attacks all year and few are better than the DTR-Zach Charbonnet combo. Likewise, UCLA has been vulnerable to great QB play in their losses. The metrics are split and the game looks like a coin flip. UCLA has had an annoying habit of making strange coaching decisions at the wrong times this season and I will give the edge to USC on that basis.

Uncertainty around Bo Nix’s status has shifted this line in Utah’s favor. It also makes the game almost impossible to pick. With a relatively healthy Nix, Oregon’s dynamic rush attack should shred Utah’s questionable defensive front. If Nix is unavailable or severely limited, Utah can commit more DBs to slowing Noah Whittington and Bucky Irvin. On the other side, Utah has been rounding into form and even got Dalton Kincaid back at TE last week. The reemergence of Tavion Thomas might be even more important down the stretch. If I knew for sure that Nix would play, I’d pick Oregon. Without that knowledge, I’ll follow the line and take Utah to dish out a second consecutive home loss to the Ducks.

Colorado’s defense has been among the worst in the country all year. It has to be extremely bad to repeatedly fail to cover spreads over 30 points. The 20-13 OT win over Cal is now five weeks old and the team’s motivation seems to have slackened after assuring that they wouldn’t go winless. Since that game, they have given up at least 42 points in four straight games, including a mix of teams who like to run and teams who like to pass. Long story short, Washington does not have to tailor a complex game plan to Colorado’s strengths and weaknesses; Ryan Grubb can pick what the team does best and hammer away in that direction. It should mean another big game for Michael Penix. Rome Odunze is closing in on 1,000 receiving yards for the year and should be able to eclipse that mark.

At times, Colorado has looked like a competent rush offense. Deion Smith and Alex Fontenot are both average about five yards per carry on the year. Over the course of the year, the offense has become more balanced and even less effective. J.T. Shrout is completing only 45.4% of his passes with more INTs than TDs. He’s not a running threat, either. As much as UW’s secondary as struggled throughout the season, Colorado poses one of the least difficult challenges they will face all year.

Is it possible for the Huskies to be caught off guard and experience an emotional letdown after last week’s colossal win over Oregon? Of course. Is it likely? I wouldn’t bet on it.

What will be the result of UW-Colorado?