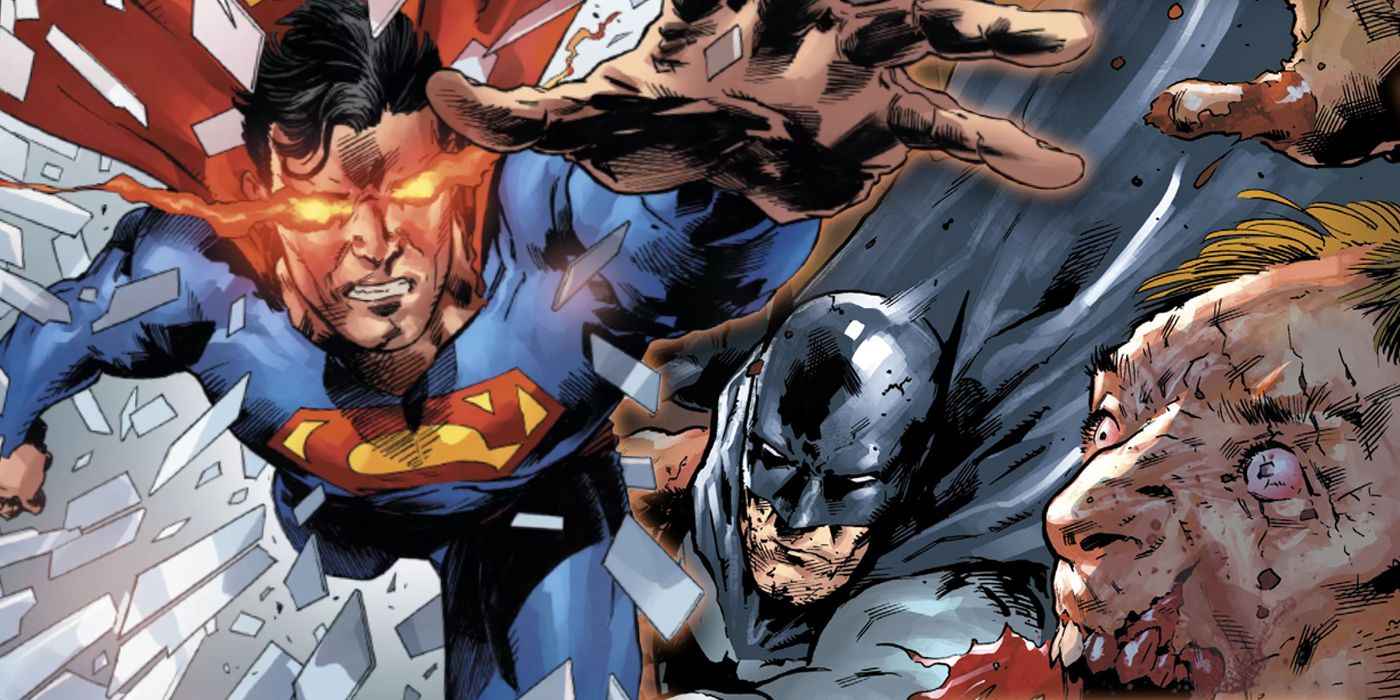 Ever since Batman knocked out Guy Gardner with a single hit, the phrase “One punch!” has been a recurring meme within the DC Universe, referenced by many characters over the intervening years. DCeased: War of the Undead Gods #4 (by Tom Taylor, Trevor Hairsine, Neil Edwards, Andy Lanning, Rain Beredo, and Saida Temofonte) continues this proud tradition by giving Superman his own version of the running gag, and it’s arguably the best one yet. When the Guardians of the Universe tried to imprison Superman, he knocked out Ganthet with one punch.

Aside from being hilarious, it also demonstrates just how strong Superman has become in this universe. After residing within the sun for so many years, it’s theorized that his powers have been supercharged. Knocking out someone as powerful as Ganthet might be the subtle hint fans need to confirm these suspicions, masked behind a classic joke.

The History of DC’s One Punch Moments

The one punch line originates from Justice League #5 (by Keith Giffen, J.M. DeMatteis, Kevin Maguire, and Terry Austin). For the previous four issues, Guy Gardner had been challenging Batman for leadership of the team, only to be repeatedly turned down. All the frustration finally boiled over when Gardner demanded that the Dark Knight fight him without powers or gadgets, only for Batman to knock him out with one well-placed blow to the face. Blue Beetle was the first to coin the iconic “One punch!” line as Guy lay unconscious on the floor.

Since then, the joke has been repeated by multiple characters, one time even being turned around on Batman himself. In this issue though, Superman’s one-punch moment was not meant for comedic effect, but a necessity. With the anti-life virus on the rise, and their rapid acquisition of powerful thralls, the Guardians of the Universe authorized the use of lethal force against the undead, despite the Justice League having a viable cure for all of them.

Both sides’ reasoning had merit, but Superman was never going to stand by and watch trillions be slaughtered when he had a way to save them. Recognizing this, Ganthet tried to detain Superman within a bubble, only for Superman to break out of it and simultaneously punch Ganthet in the face, knocking out the Guardian. Ironically enough, Guy was right there to watch the whole thing and proclaimed “One punch. He knocked out a freaking Guardian with one punch!”

Superman’s One Punch Knockout Hints At His New Power

Aside from the hilarity of one of the most powerful beings in any universe being knocked out cold with one hit, this is also a signifier of Superman’s new strength. For the last few years, while under the control of the anti-life virus, Superman retreated into the core of Earth’s yellow sun, marinating in its radiation for nearly a decade. It took the combined efforts of the new Justice League’s strongest members just to restrain him long enough to administer the cure, but the upper limits of what he’s capable of have not been fully tested yet.

By knocking out Ganthet though, Superman gives fans a way to estimate just how strong he is. Recall that Ganthet is considered one of the universe’s most powerful beings. Kyle Rayner is on record saying that Ganthet could crack a planet in half with just a thought, and Ganthet has been shown to be capable of staggering even the likes of Superboy-Prime and the Anti-Monitor. If all that remains true about him in this universe, then Superman now exceeds Ganthet’s own power, putting him on the same level, if not higher, than the gods themselves. What started out as a joke to put down a tough guy may be the best sign of hope for the future in a universe on the brink of oblivion.