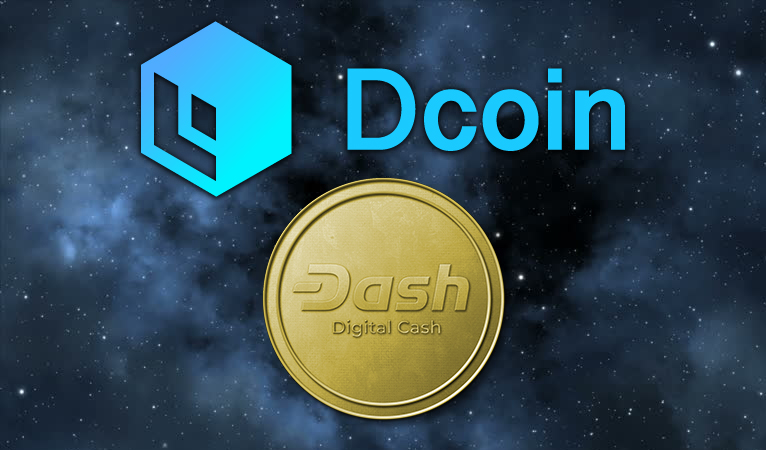 Dcoin, a Top 30 cryptocurrency exchange on CoinMarketCap and based out of Singapore with global services, will now be integrating Dash on July 3rd.

[tweet https://twitter.com/dcoinexchange/status/1145877131198529537 align=’left’] The announcement says that “Dash deposit and Dash/USDT trading will be available from 16:00 KST, July 3rd” and “[w]ithdrawal will be open from 16:00 KST July 4th”. The announcement made via twitter, medium, their website, and other outlets also specified a special launch event that enables users to collect “dots”, which is Dcoin’s internal reward system that can be redeemed for USDT.

“Special Events: From 3rd July to 9th July, users who participate in DASH/USDT trading will get 80 x dots returned.”

The integration will pair Dash with USDT and their website lists that the “current transaction fee on Dcoin for the Maker and Taker is 0.2% of the transaction amount”. Dcoin’s website also says that they limit daily withdraws to 2 BTC for unverified users and 100BTC for KYC confirmed users. Dcoin also has single withdrawal minimum amounts and their associated fees for each coin they list, but Dash’s withdrawal amounts and fees are not yet listed.

Also offering more liquidity for Dash is DynX, the decentralized cryptocurrency exchange, which announced its intentions to list Dash earlier this year. The exchange just recently announced that they will be launching the DynX exchange to the BitShares mainnet blockchain. They have a plan to launch an innovative fee structure, but until then, all of their market fees are set to 0.1%. DynX serves an important role by not only providing more liquidity and exchange competition, but also decentralized liquidity, which helps provide insurance against the risk of shut downs by governments.

Dash is focused on becoming everyday digital cash, which requires merchant and consumer adoption and using it in replace of traditional cash. Thus, Dash needs to provide consumers the ability for it to be used at numerous merchants, and while merchant adoption is increasing (currently around 4,800 globally), there are still a good amount of items that cannot be purchased by consumers around the world with Dash or cryptocurrency in general. Thus, Dash needs to provide these users with the ability to easily move in and out of Dash so consumers will not be wearing of acquiring Dash in the first place either due to usability of volatility. These exchanges with new trading pairs in new locations help make this possible.

Dash has also been working hard to get integrated onto numerous exchanges, both centralized and decentralized to help satisfy consumers wants and make on and off ramps easier. Dash has found its way onto the likes of Kraken, Bitbns, OKEX, Digifinex, IDAX, BitInka, Panda Exchange, CoinCola,  Paycent, VegaWallet, 3xbit, Jinance, Bisq, Komodo. DashNearby, Dashous, Wall of Coins, and more. These all provide consumers numerous ways to spend Dash and also gives them the peace of mind that they can exchange whenever they need or want to. The market freedom of choices will enable consumers to pick whichever currency they like using the best, which Dash is in a strong position to satisfy thanks to its innovative features like the DAO, Automatic InstantSend, PrivateSend, and ChainLocks.