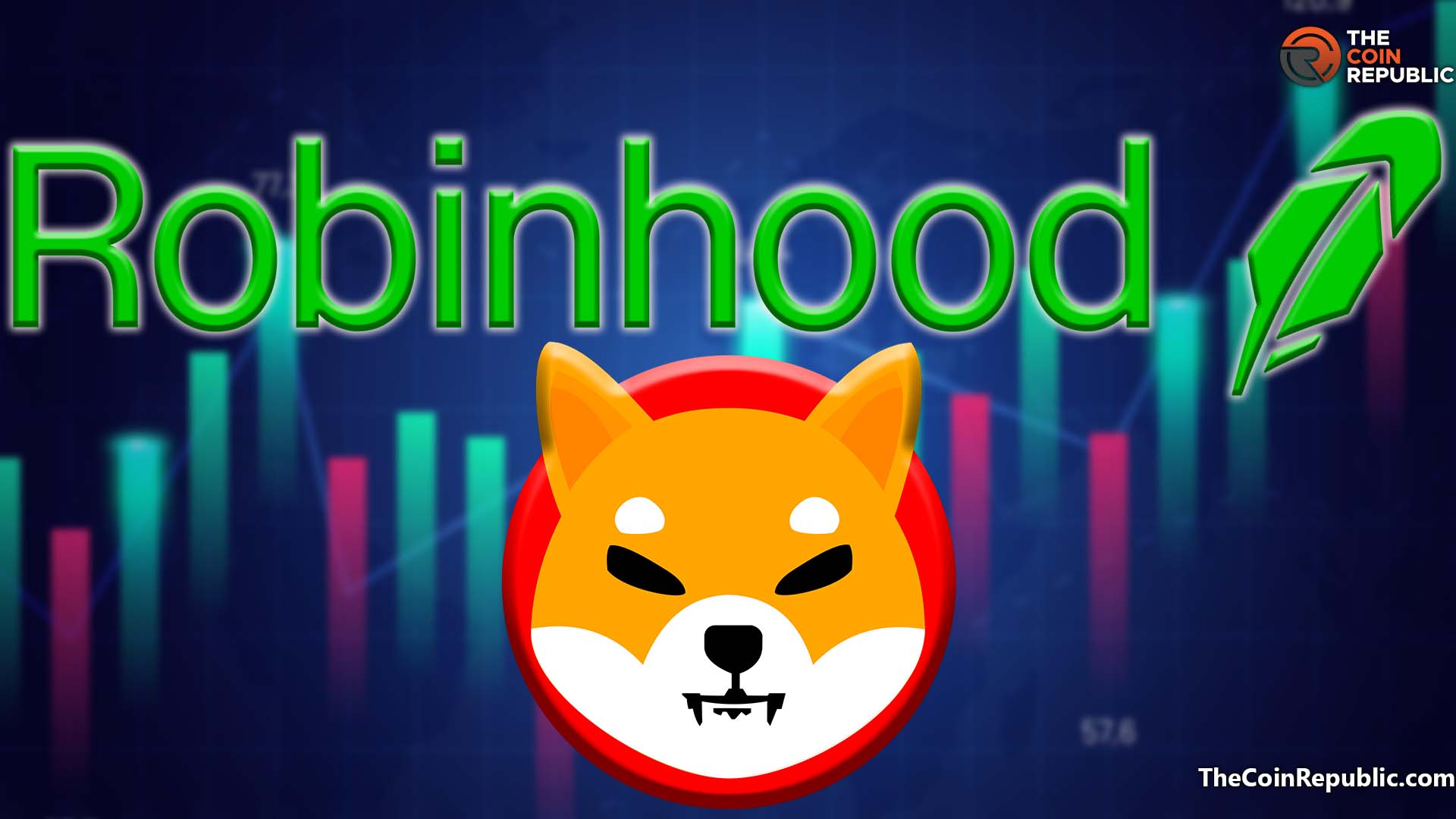 On October 29, 2022, in the weekly crypto happenings, Robinhood shared the tweet in which it added about the top five most profitable cryptocurrencies. In the list, the “Dogecoin Killer,” Shiba Inu reserved its place in its top five list.

Robinhood also mentioned in its tweet about the New Prime Minister of UK, Mr. Rishi Sunak, and named him a crypto enthusiast, because he supported a Central Bank Digital Currency (CBDC) for the Royal Bank as the former head of finance.

In the tweet, the firm further added that Warner Bros. (WB) launches the NFT-access movies. The WB Movieverse debuted with a $100 (now $2,500) Special Edition of Lords of the Rings. On the other hand, inflation-pegged “flatcoin” enters testing to track cost of living rather than a fiat currency or commodity like a stablecoin.

Indeed, the Shiba Inu marked an increase in its value by almost 18% since the beginning of the previous week. Thus, it became the most profitable cryptocurrency on the Robinhood platform. However, in the top cryptocurrency list, the Dogecoin Killer, following Avalanche (AVAX,) Ethereum (ETH,) and Dogecoin (DOGE.)

Moreover, the burn rate of Shuba Inu spiked by 443% according to its Shibburn website. And a new whale bought around 3.37 Trillion SHIB tokens for $37.46 Million.

From the previous week performance of Shiba Inu it attracted more crypto investors. In the United States, the token is now available for trading as per the Bitstamp Exchange report, And it is estimated that the token price could further increase in the upcoming weeks as the crypto whales seem hungry for the coin.

Before the price rise of Shiba Inu, the crypto whales had bought massive amounts of SHIB. In recent days, an unidentified whale made a record-breaking purchase of Shiba Inu on the same day, for a total of 3.94 Trillion Shiba Inu tokens. It was worth around $42.9 Million. In addition, a pre-existing Shiba Inu whale also invested $1.92 Million (165 Billion SHIB units) to join the crowd.