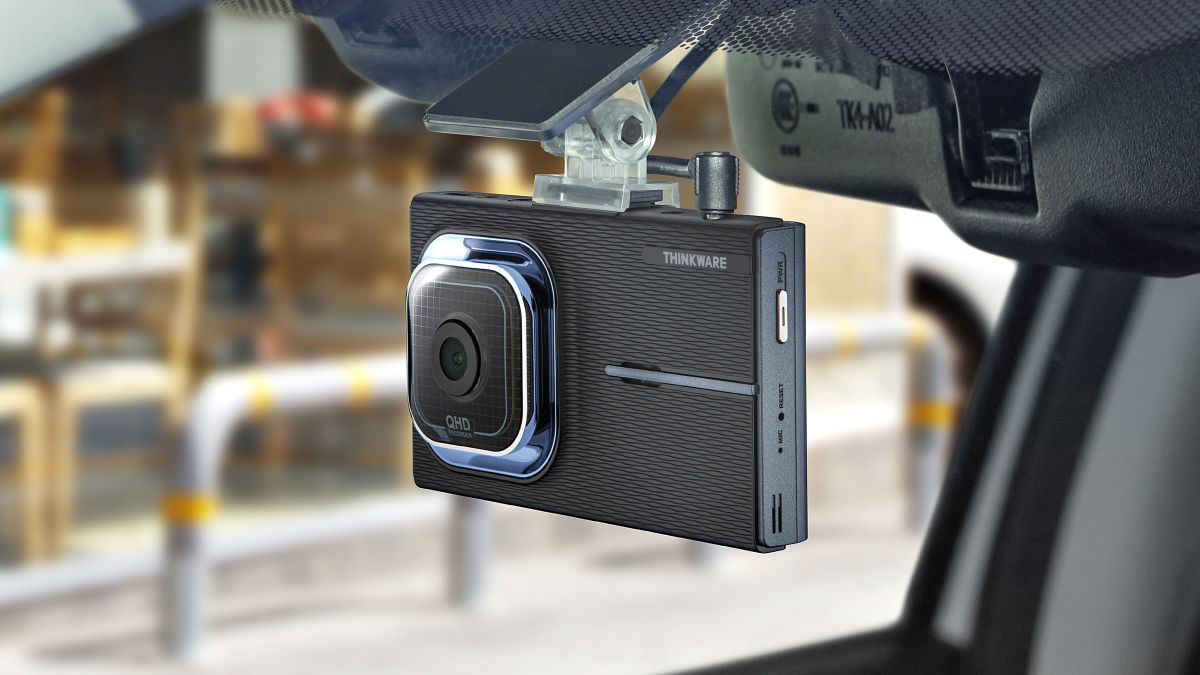 If you’re in the market for a new dash cam, then Black Friday is the perfect time to pick one up. It’s a sales event like no other, where retailers cut prices across a huge range of products – and not just for a single day anymore, with the sales now going on for so long that ‘Black November’ is perhaps more appropriate.

The Black Friday camera deals brings savings on DSLRs and mirrorless cameras, as well as lenses, tripods and other accessories. Webcams are also included in the sales, along with camera drones and, of course, dash cams. With the sales now ramping up, we’ve put together this guide to finding the right one for you.

If you’re not familiar with them, dash cams attach to the windscreen of your car and constantly record footage of the road ahead. Then, if a collision is detected by their g-sensor (or you press a button when spotting an incident), the most recent footage is securely saved to a microSD card. These recordings could help show what happened to cause the collision, and who is to blame.

More advanced dash cams also record footage while parked. Some can be hardwired to the car for a constant power supply from the battery, instead of plugging into the 12V lighter socket, and others even have driver assistance systems like speed camera and forward collision warnings.

Dash cams are, for the most part, simple devices. But there are a lot of different models to pick from, with varying resolutions, features and designs. Thankfully, we know a thing or two about dash cams, having tested dozens over the years for our guide to the best dash cams. Below you’ll find everything you need to know how to buy the right dash cam for you, and a quick look at which models to seek out in the 2022 Black Friday sales.

Why buy a dash cam?

For starters, the recorded footage could prove your innocence in the event of an accident. Without the footage, you might have to claim on your own insurance company instead of that of the other driver involved. But if the footage proves your innocence, then your no-claims discount should remain intact. Many car insurance companies also offer discounts if you use a dash cam.

As well as this, some dash cams can be hardwired to your car, giving them a permanent power supply and keeping them alive when the car is parked. In this state, they spring into life the moment a collision is detected, potentially recording key footage of the aftermath of a parking prang or attempted theft.

Some dash cams also feature driver assistance systems. These include alerts about nearby speed cameras and red light cameras, as well as warnings when you accidentally stray out of your lane, and notifications for when the vehicle ahead has set off.

Many dash cams also include a second camera to monitor the interior of your car, while others can be connected to a rear-facing camera, attached to the rear windscreen for capturing footage of accidents behind your vehicle.

How to choose the best dash cam for you

Video quality is by far the most important consideration when buying a dash cam. Ideally you want a camera that records in a resolution of at least 1080p, also known as Full HD. Some also record in the slightly higher 1440p, and more expensive models shoot in 4K, or Ultra HD, for extra clarity.

Also important is the inclusion of HDR, which helps to retain details in harsh lighting conditions, and a wide lens. Ideally, the lens should be at least 140 degrees, while some dash cams have a 180-degree lens for recording footage that stretches right across the front of your car, and to the sides slightly too.

Driver assistance systems won’t be for everyone. In our experience they don’t work as well as those fitted to most new cars, and can become quite annoying. But if you really want these, then expect to pay a little more for your dash cam, and for it to be larger than other, simpler models.

Battery life is not usually a consideration for dash cams, as the vast majority are powered by a cable connected to either the car’s USB port or 12V lighter socket. Some models have a short battery life, saving you from plugging them in on brief journeys. But we’re talking just 20 to 30 minutes here, so you are best off plugging in every time.

Some dash cams make use of a supercapacitor, which holds a few seconds’ worth of charge when power to the camera is cut. This means the camera can record for a few more seconds and safely save the most recent footage before switching off – an action that could be crucial if the camera’s power is lost due to a collision.

Most dash cams have the option to record audio, but we imagine the majority of drivers would opt to switch this off in the interest of passenger privacy. Voice control is also a feature that some dash cams have, but which in our experience is rarely used. Garmin dash cams have this, and while it is useful for saving footage manually (when there isn’t collision for the camera to detect), we don’t consider it a must-have.

To hardwire or not to hardwire?

Most drivers will be happy to plug their dash cam into a USB port or 12v socket, with the cable dangling down from the dash cam mounted to the windscreen. Others might opt for a semi-permanent installation by running the cable under the trim of their car interior. Most dash cams come with a plastic tool for pushing the cable into gaps between interior panels, particularly between the windscreen and A-pillar.

The third option is to hardwire the camera. This is where a special cable (often sold separately) is used to connect the dash cam to the car’s fuse box, giving it a permanent source of power from the vehicle’s battery. Hardwiring can be tricky for an amateur and dash cam makers recommend you have a professional complete the hardwiring process for you.

Once hardwired, the camera’s parking mode (if it has one) can be enabled, where it remains active while parked, sipping just enough power from the car’s battery to keep its collision sensors active, ready to capture footage the moment something happens. Some dash cams can also be triggered by motion while in parking mode, increasing the chances of recording useful footage of an incident.

The best dash cams to watch out for during Black Friday

We’re starting to see some early dash cam discounts in the Black Friday sales – here are the models to look out for in the coming days.

A dash cam the size of a car key fob; that’s the big (or small) sell for this incredibly compact dash cam from Garmin. Now in its second generation, the Mini is just 5cm tall and 3cm wide, yet records at 1080p Full HD resolution with HDR at 30 frames per second. It has a 140-degree lens, attaches to the windscreen with a tiny ball-and-socket joint fixed to a coin-sized magnet, and records to microSD cards of up to 512GB capacity.

Another compact dash cam, the Vantrue E1 Mini is a small cuboid camera that records at a higher (albeit unusual) resolution of 1944p, or the more familiar 1440p with HDR enabled.

This camera has a fairly wide 160-degree lens, a Sony CMOS imaging sensor for good low-light performance and the windscreen mount has an integrated GPS antenna, for adding speed and location data to your video recordings. There’s also Wi-Fi for transferring footage to your smartphone, and Vantrue’s computer app is one of the best, showing a map and even three axes of movement alongside every recording.

Although usurped by the more advanced 622GW, the 522GW is still a great dash cam that we expect to see discounted in this year’s Black Friday sale. It boasts features like Alexa voice control, a 3in touchscreen display, and an integrated polarising filter over its 140-degree lens. Behind that, you’ll find an imaging sensor capable of shooting 1440p video at 30fps, or 1080p at a smoother 60fps. HDR is also part of the package, helping to improve detail in shadows.

Wi-Fi and Bluetooth are also included, and so too is GPS, a parking mode that starts recording the moment a car park bump is detected, and an emergency response system that can call for help when a crash is detected.

No matter where you live, you’ll find all the lowest prices on dash cams from around the web right here, with offers available in your region.