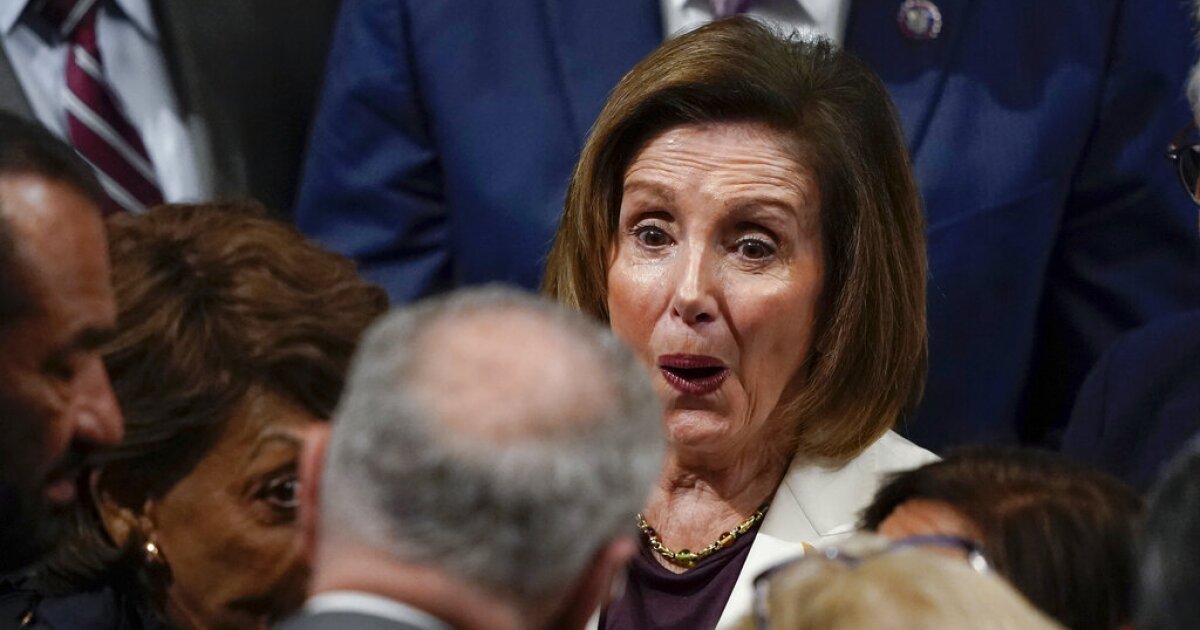 The final week before Thanksgiving was dominated by two sides of the same coin. For Democrats, they are using their defeat in the midterm elections to move on from their octogenarian leadership, with House Speaker Nancy Pelosi (D-CA) and others announcing their intention to step aside for the next generation.

On the Republican side, former President Donald Trump announced he would be seeking reelection in 2024, showing that the GOP is having trouble moving on. Just days after his announcement, Attorney General Merrick Garland announced a special counsel appointed to Trump-related investigations. Here are the quotes of the week.

“He blew the midterms, and everyone despises him and his otherwise lovely wife, Coco Chow.”

“We’re going to compete vigorously, but I’m not looking for conflict.”

“It angered me. … It doesn’t take courage to break the law. It takes courage to uphold the law. The president’s words were reckless.”

“This confrontation is already underway. It has been for the past decade. They have built their economy in China on the back of the American worker. They are inside the gates.”

“Over the last year, Louisianians have asked me time and time again to come home to serve as governor during these difficult times. Becky and I love the people of Louisiana. We’ve always listened to them, so I am giving serious consideration to entering the governor’s race. I’ll be announcing my decision soon.”

“Blaming Trump isn’t just wrong on the facts; it is counterproductive. Any autopsy of Republican underperformance ought to focus on how to close the national money gap and how to turn out less engaged Republicans during midterm elections.”

“At the first opportunity, he will zap her faster than you can say Jewish space laser.”

“I served in the administration. I’m proud of the policies we laid out. We need more seriousness. We need less noise. We need steady hands. We need leaders that are looking forward, not staring in the rearview mirror claiming victimhood.”

“You take incoming fire; that’s just the nature of it. … All that is just noise. … At the end of the day, I would just tell people to check out the scoreboard from last Tuesday night.”

“We underperformed among centrist voters, independents, and moderates in Georgia. We need to try to do better in the runoff. And as I said, all of a sudden, I’m a fan of the runoff. We’ve got another chance to get it right.”

“We just finished this election, OK? People just need to chill out a little bit on some of this stuff. I mean, seriously. We have this Georgia runoff coming, which is very important for Republicans to win.”

“I have enjoyed working with three presidents.”

“The hour has come for a new generation to lead the Democratic caucus that I greatly respect.”

“You’ve gotta have a war every five or 10 years to get rid of the bad blood.”

“Based on recent developments, including the former president’s announcement that he is a candidate for president in the next election and the sitting president’s stated intention to be a candidate as well, I have concluded that it is in the public interest to appoint a special counsel.”

CLICK HERE TO READ MORE FROM THE WASHINGTON EXAMINER