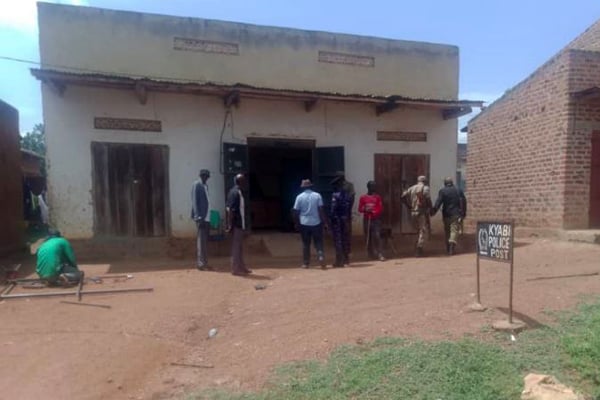 Residents of Kyabi Sub County in Sembabule District have embarked on a campaign to mobilise money to save the area police post from eviction over accumulated rent arrears.

This follows the expiry of the six-month ultimatum given to the police authorities in the area to clear rent arrears totalling Shs6m.

The owner of the building, Mr John Mubiru has now given police three extra days to vacate his building so that he can get another tenant who can promptly pay rent.

Mr Mubiru said ever since the police relocated to his building two years ago, authorities have been playing hide-and-seek on payment of rent fees.

“They [police] have not paid a single coin ever since they started using my building, let them vacate if they cannot pay the accumulated rent arrears in three days,” he said in an interview on Friday.

According to the tenancy agreement seen by this publication, the police are supposed to pay Shs 250,000 every month and they have not been paying this money for the past two years.

This development comes at a time when another resident who is a former landlord for the same police post, Mr Yasiin Ssekalaala, also came up demanding Shs18.6 million in rent arrears.

Mr Ssekalaala said Police occupied his building between 2005 and 2015, but they never paid him any money until the building was demolished to pave way for the construction of Kanoni-Maddu-Gomba-Mpigi Road.

“They were supposed to pay 180,000 every month, but for the 10 years they spent in my house, only Shs3m was paid and I still demand the rest of the money,” he said, adding that he is considering dragging the police authorities to court if his money isn’t paid.

Mr Joseph Ssebyuma, the chairperson Kyabi Parish, said: “We have started well and in the first meeting, we have managed to mobilise Shs1.5 million in cash and pledges, and we are optimistic that we can raise this money and have the police stay in the area because we need it,” he said.

Mr Rogers Kapere, the Sembabule District Police Commander, said they are aware of the accumulated rent arrears and asked the landlords to give them more time to clear the debt.

“We appreciate the efforts by locals to assist us to raise some money, but that issue was forwarded to the police finance department, and we are optimistic that it will be addressed soon,” he said.