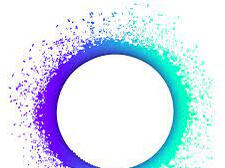 There are five types of distributed ledger technology or DLT: a type of database held and updated independently by each participant (or node) in a large network. Here is a less popular type of distributed ledger that is rarely talked about that is not as popular as blockchain but is still around as an option: Holochain. So, you know that Holochain is a type of decentralized database, but what exactly is Holochain? Well, here is a definition of what Holochain is straight from the European Union:

Holochain is an open-source data-integrity engine that enables the self-hosting of P2P apps on a distributed web with user autonomy built directly into its architecture and protocols. Holochain avoids the need for global consensus and aims for massive scalability, as well as user-control of identity and data. Distributing the storage and processing of this information can change how people coordinate and interact and gives back control on digital integration.

Holochain was established back in 2017 and unlike other DLTs, it is different because it is less of a data-centric structure and more of an agent-centered structure. What does that mean for this type of ledger? It means that in this particular DLT, every single node in the network has its own unique ledger that they maintain. Unlike in blockchain and most other distributed ledgers, there is not any global validation process to validate the collective data of the nodes. Instead, the Holochain network maintains a set of rules that are called the “DNA” of the ledgers. The “DNA” is used to verify each individual node’s ledger and potentially keep it in sync with other ledgers. This method helps with the scalability of the different versions of Holochain that you can create while making it easier to set things like policies and consensus rules for each version of Holochain. Holochain has a basic website that allows people to learn more about developing a distributed ledger or a dapp using this particular technology: www.holochain.org