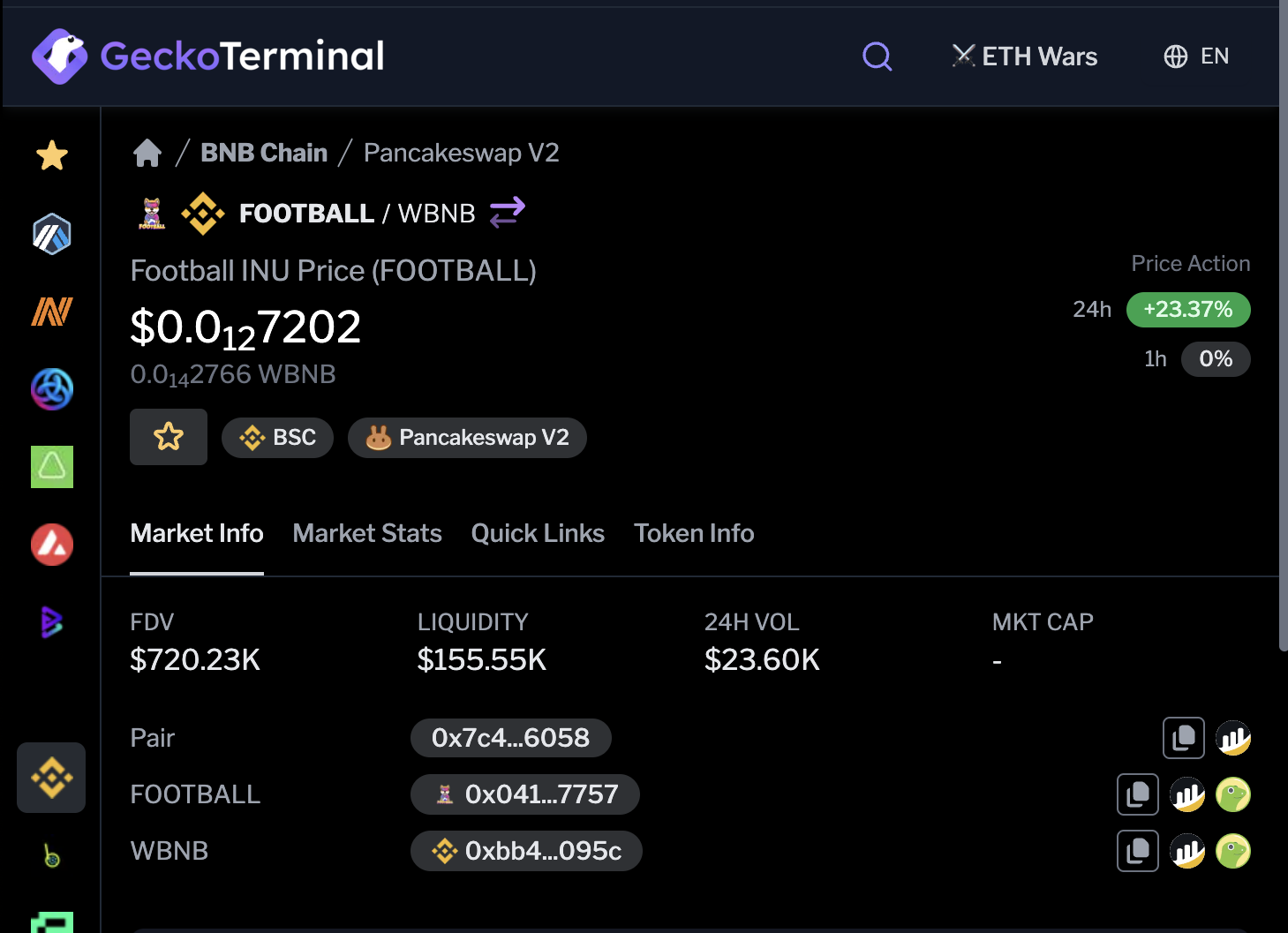 As the FIFA World Cup 2022 kicks off in Qatar, there’s a lot of excitement on all spectrums.

Moreover, the crypto industry has been getting ready to welcome the World Cup, as more and more football-themed crypto projects and coins pop up for football fans to invest in.

According to a report by KuCoin, ‘When Crypto Meets Football’, there is a clear showcase of how crypto investors engage with their favorite sports when it comes to Web3. The survey, which involves 20,183 respondents gave some staggering results, more of which you can read below.

When it comes to these crypto projects, one such project is Football Inu, which has all the signs of it being a fake crypto project which has the perfect recipe for scamming people- generating hype around a socio-cultural event, launching a shitcoin lacking the right fundamentals, lure the investors in and then blocking them from withdrawing their own investment.

Here’s what happened with Football Inu and why you should be careful before investing in the current football season.

Football INU: What Should You Know So Far

As far as some speculations are concerned, the Football INU PancakeSwap token might be a scam. According to a YouTube channel that goes by the name of Jacob Crypto Bury, the crypto Football Inu has all the red flags of a scam. 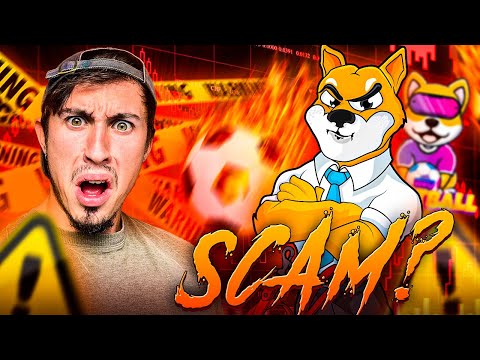 As the video carries on, he goes on to explain and takes the viewers through the official Football Inu website, which seems to be made in a lot of rush and in a haphazard manner.

The coin has been listed on CoinMarketCap, which also led to lots of users being fooled by the cryptocurrency’s legitimacy. As per its CoinMarketCap listing, the coin is still listed and is currently trading at ​​$0.00000000000066, which is a dismal number for any cryptocurrency. Football Inu also has a self-reported circulating supply of 950,000,000.00B FOOTBALL tokens, which again isn’t just fundamentally sound but seems shady too. At the time of writing, the token has a market cap of just $667,000, with a 24h trade volume of $23,815.

Things started to seem even fishier when the team at Football Inu decided not to allow investors to withdraw their coins. According to one Twitter user, only the team can withdraw their tokens and no other general investor can.

This has led to an outcry by loads of investors who aren’t able to withdraw and fell for the Football Inu token in the first go.

One of the investors has commented on CoinMarketCap saying, “ $FOOTBALL Hey Football Inu dev. Since WC starts tomorrow, why don’t you lift the blacklist and let those 500 wallets or so that have been bought so far to sell? Posting here since you never answer and block any questions in the TG channel. How long do you plan to keep this scam running? Remember, stealing and cheating comes with a price. All will answer one day….”

Some investors have even claimed that when they raised the question about not being able to withdraw their own amounts, they were blocked from the official Telegram channel of the crypto. Another user pointed out that if the token is locked and no one is allowed to sell, how’s the value of the crypto fluctuating and going up or down?

What is Football INU?

According to the Whitepaper released by Football Inu, it has an immersive gameplay that enables players to create their own NFT versions of football players and grow them through sponsorships, club deals, fanbase, and skills. It further mentions how players can even create their own clubs, attract sponsorship deals, transfer and buy players, makes pre-season deals, and more.

It also boasts of having a Football Inu Marketplace, which allows players to buy their players and upgrades from the ecosystem.

Coming to the tokenomics, there lie a lot of questions. The whitepaper claims that there’d be a 3% tax and also has a link to the organization which audited it. However, on clicking the link, the users get redirected to the homepage of Football Inu itself.

The FIFA Craze: Fans Lining Up For Football-Themed Coins

Since the last FIFA World Cup that was held in 2018, crypto has come a lot into the mainstream, with major sporting events such as the Super Bowl and the NBA embracing the Web3 space too.

The native token of Chiliz (CHZ), which is behind the largest sports fan token creator platform, Socios.com, has surged by over 11% in the last 24 hours. There are fan tokens for football teams like Portugal (POR) and Argentina (ARG), with POR rallying 15% over the last 24 hours.

The FIFA World Cup 2022 is a boon and a bane for crypto investors. While it is good for football fans, who want to invest in their favorite teams and showcase their passion for the sport, they need to be equally careful about the right tokens.

Scammers tend to choose times like these to flood the markets with legit seeming tokens and lure them in. This is where having a platform like Dash 2 Trade helps.

Dash 2 Trade is a world-class crypto analytics and social trading platform that enables investors to go through all the relevant information and data points to make an informed decision and invest their hard-earned money. The platform offers institution-grade systems and technologies that can assist investors in finding out the best tokens for them.

For cases such as Football Inu, Dash 2 Trade consists of social sentiment and an on-chain analysis tool that can help investors figure out the ongoing conversations around that crypto and how it might affect them.

It is always recommended to conduct your due diligence before investing, and Dash 2 Trade helps you do just that.