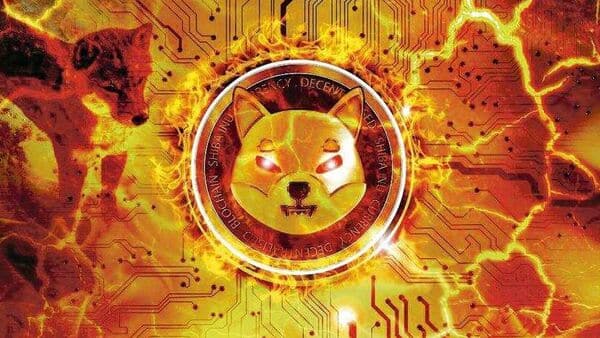 Currently, both Shiba Inu and Bitcoin are trading in the red. The leader Bitcoin has erased its $20,000 mark.

As per the Coingecko data, in a month, Bitcoin has nosedived by over 30%, and the yearly decline is more than 42%. On the contrary, Shiba Inu has made a nearly 11% gain in a month and skyrocketed by at least 31.5% in a year.

On the CoinMarketCap website, it is said, Shiba Inu aims to be the Ethereum-based counterpart to Dogecoin’s Srypt-based mining algorithm. Shiba Inu and the SHIB token are part of a swarm of dog-themed cryptocurrencies, including Baby Dogecoin (BabyDoge), Dogecoin (DOGE), JINDO INU (JIND), Alaska Inu (LAS), and Alaskan Malamute Token (LASM). These lesser-valued tokens have attracted investors who missed the Dogecoin pump from 0.0002 to nearly 0.75 USD.

Meanwhile, the broader crypto market is struggling with a tight liquidity situation. Many crypto exchanges like Binance, Celsius, CoinFlex, Vauld, and Voyager Digital among others have halted their withdrawals due to sharp selloffs in cryptocurrencies wiping out significant wealth, and even leading to a collapse of hedge funds like Three Arrow Capital (3AC) who have opted for liquidation.

Bitay Head expects the move to happen all over the world.

It is not just #crypto firms halting withdrawals#ChineseBanks have also stopped withdrawals and put limits and people are scared.

We will see this happening all over the world.

Also, Texas which has emerged as the largest crypto-mining hubs by computing power in the world, has nudged miners to shut down their machines as they brace for a heat wave that is expected to hit their power grid to near its breaking point. Miners like Riot Blockchain Inc., Argo Blockchain Plc, and Core Scientific Inc., operate millions of energy-intensive computers to secure the Bitcoin blockchain network and in return earn rewards in the token.

Lee Bratcher, president of Texas Blockchain Council told Bloomberg that “There are over 1,000 megawatts worth of Bitcoin mining load that responded to ERCOTs conservation request by turning off their machines to conserve energy for the grid,” adding, “This represents nearly all industrial scale Bitcoin mining load in Texas and allows for over 1% of total grid capacity to be pushed back onto the grid for retail and commercial use.”

The shutdown may impact miners’ profitability as the heat wave is likely to keep their machines off which may spike energy prices and further stress the state’s power grid. Notably, miners are already struggling to repay debt and raise additional capital due to the decline in Bitcoin prices. This year, shares of public miners have nosedived by approximately 75%.

Going forward, Bitcoin’s performance will depend on the US inflation data which is scheduled for tomorrow.

Vetle Lunde, Analysts at Arcane said, U.S. inflation releases have been affiliated with volatile days in the crypto market, with the two most recent CPI releases creating havoc in the market. The above-expected April CPI release on May 11th saw bitcoin plunge by 6%. However, while some of this carnage may be affiliated with CPI, this also occurred during the collapse of UST and Luna, which was likely the key component in BTC’s crash then.