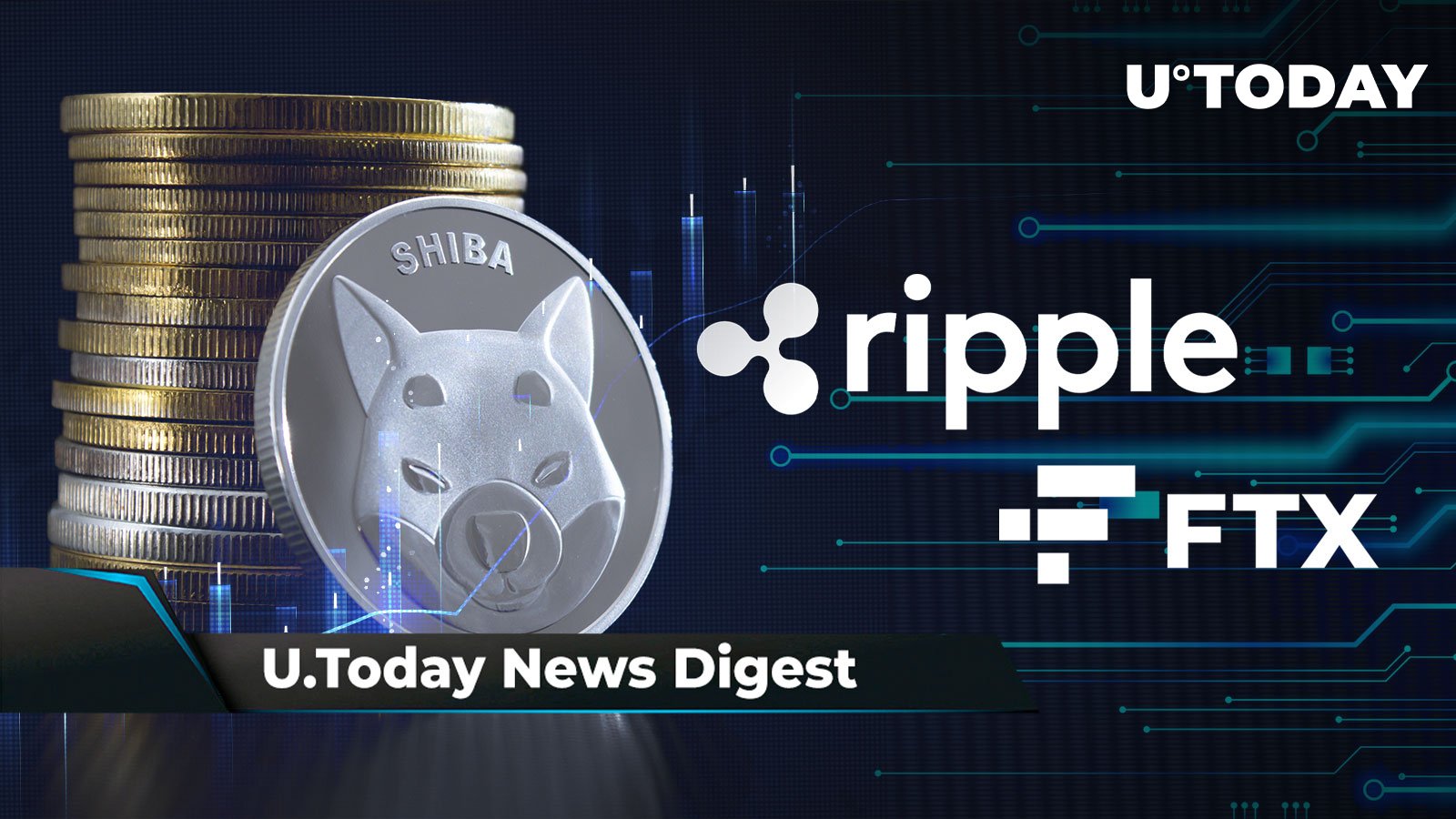 U.Today presents its recent news digest with hottest crypto news from weekend, check it out!

Take a look at what happened in the world of crypto over the weekend with U.Today’s top four news stories.

According to a recent report by The Times, Ripple, a San Francisco-based fintech company, is interested in purchasing the assets of failed cryptocurrency exchange FTX. Ripple CEO Brad Garlinghouse said that he would buy the parts of FTX that served business customers, as well as its stakes in other companies. Thus, he would be able to strategically scale the company, which aspires to continue growing even during the current bear market. As previously reported by U.Today, on Nov. 11, FTX filed for Chapter 11 bankruptcy after failing to secure a bailout from a slew of investors.

Data shared by WhaleStats platform indicates that over the past weekend, the number of SHIB holders has added several thousand more. At the moment, there are 1,280,153 investors that own the Shiba Inu meme crypto. This is almost 10,000 more than the 1,271,666 observed on Nov. 17. However, this impressive achievement has not affected the token’s price as it continues trading in the red, at $0.000008609, per CoinMarketCap. Meanwhile, SHIB adoption continues to expand as an Australia-based Shiba Wings diner is expected to open “really soon.”

On Saturday, Ethereum co-founder Vitalik Buterin shared the list of his social media handles, saying that he is trying out other platforms as alternatives to Twitter. The list includes Mastodon, which has recently been discussed on Twitter a lot, Farcaster, Reddit and Telegram. Buterin then proceeded to say that he would “bow to Lord Elon” (in other words, he will accept Musk’s terms and pay an $8 monthly fee to keep the blue checkmark), but on one condition. The Canadian developer wants this verification feature to be integrated on Android and other non-iOS platforms.

Solana Labs co-founder Anatoly Yakovenko has taken to Twitter to urge all validators to update to the latest version of the node, 1.13.5. According to him, the update should fix all Solana network outages caused by UDP-based protocols’ overloads. Previously, this issue resulted in lengthy shutdowns of the Solana network, which is currently in testing. Per Solscan, only 44.53% of all validators have been updated to the latest version. Despite an important update, the crypto community still has concerns about Solana’s performance as a blockchain. In particular, blocking of nodes by large data servers, their centralized storage and long outages raise a lot of questions and further increase distrust in Solana.