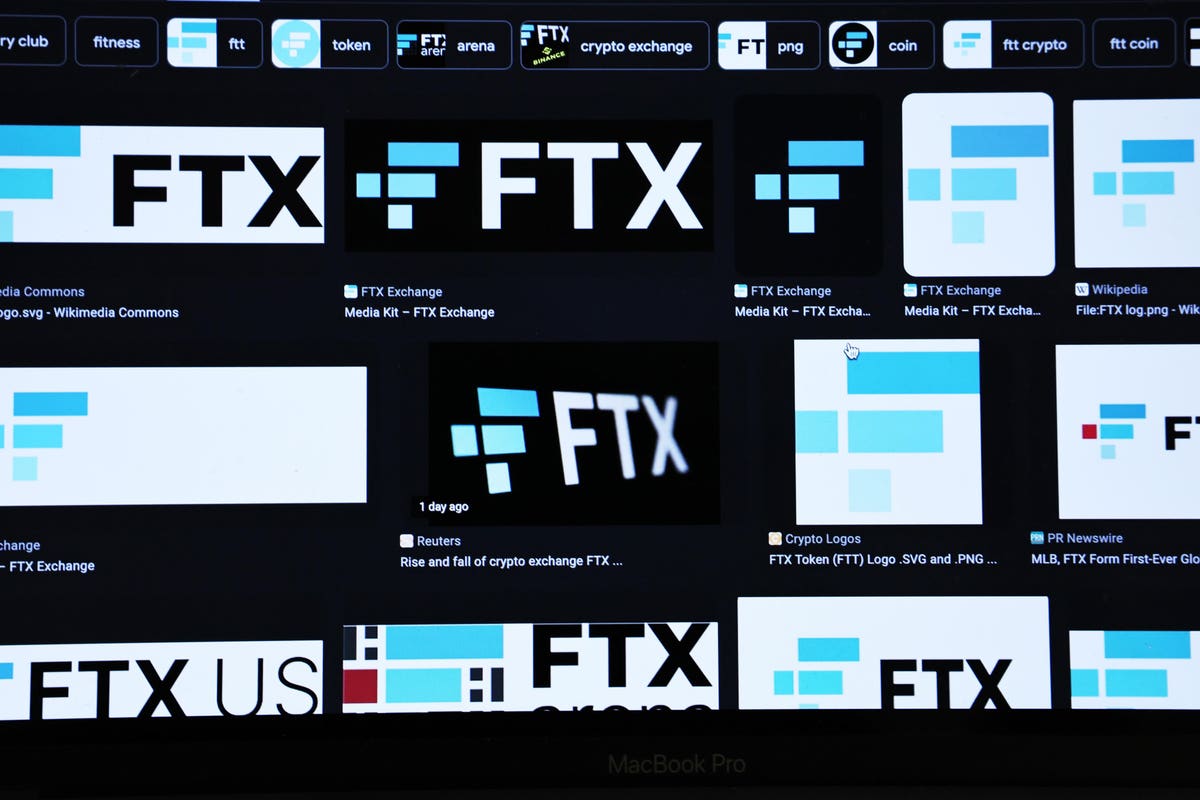 The blowup of the politically connected, virtue-signaling crypto project known as FTX has scared the bejeezus out of retail crypto investors. Myself included. Small investors with maybe two bitcoin to speak of, and a few alt-coins held on Coinbase have all seen their portfolios drop by upwards of $100,000 over the last year. FTX doesn’t help matters.

Crypto has survived other disasters, like Mt. Gox in 2014, but FTX is different. It is the most significant short-term single-day loss in crypto ever. It was heavily connected to party politics, with its founder Sam Bankman-Fried being a big donor to Democrats this mid-term, was a funder of non-profit publishers like The Intercept, and had the naming rights to the Miami Heat arena, known as the FTX Arena.

FTX looked like the A-Team. You could count on one hand the number of people raising red flags about the company over the last year. CoinTelegraph raised questions about the company in early November. As did the popular investor channel, Hedgeye.

The FTX disaster is different from all other crypto disasters, not just because of the big names involved. When Mt Gox fell apart in 2014, and thousands of investors lost their bitcoins, powerful central bankers didn’t know what a bitcoin was. Those who did thought it was just a fad.

Now, central banks from the Federal Reserve to the European Central Bank are all closely examining the creation of a digital version of their own currencies on a blockchain platform they manage.

The FTX crisis was immediately followed by the Federal Reserve, major banks like Citibank, and credit card companies like Mastercard, putting together a 12-week pilot program to test their own version of bitcoin – a programmable central bank digital currency.

All of this comes from the FTX crisis. What is stopping them from sowing discord among bitcoin investors, let alone making it illegal if, and when a Fedcoin is released?

In March, the White House had already released an Executive Order about cryptocurrency regulations. In September, the White House put out a Fact Sheet about its intentions to regulate the big centralized exchanges like FTX.

“The White House would do well to be measured in the approach that they take in legislating this emerging technology,” says Jacob Kowalewski, chief security officer at multi-chain protocol t3rn. “I don’t expect this to be the case. It feels like government officials in many countries have been waiting for an excuse to crack down on crypto. FTX has handed this to them on a silver platter.”

How could it be that FTX could implode so fantastically? That will be the stuff of 300-page manuscripts and investigative reporting for months to come.

For sure, the noose is tightening not on Bankman-Fried, but on bitcoin. Some say the regulation is good. Some say it’s bad. I looked to find some crypto veterans in the market to calm investors like me down. Here’s what I found.

If the FTX drama’s got you down, Jeremy Epstein, chief marketing officer at Radix, based far offshore in Jersey in the British Channel Islands, is the man to talk to. I felt okay about “HODLing” right after our exchange.

“Investors placed their faith in a centralized, unregulated entity. That’s not crypto,” Epstein says, saying that decentralization is the only way toward a self-sovereign, censorship-resistant financial future.

Failed banks in Lebanon and failed currencies in Argentina have turned millions onto cryptocurrency. The last thing they need is for FTX to destroy what has become a real alternative to failed state currencies. As financial institutions become more woven into the fabric of party politics, we also see control over people’s own money. This is the epitome of centralized control, something the real, old-school “crypto bros” have been fighting since bitcoin was worth about $4. Canadian trucker protesters saw donor accounts, payable to accounts on centralized exchanges, blocked by government authorities.

Centralized exchanges like FTX, Kraken, Gemini, Coinbase and Binance are like the NYSE and Nasdaq of the stock market. Only they do not play by the same rulebook.

Dennis Jarvis, CEO at Bitcoin.com in Tokyo says it is hard to predict what the regulatory environment will be. It will likely come from the Securities and Exchange Commission and not via White House edicts, open to interpretation by the SEC.

“I don’t think it’s productive for me to make predictions about the regulatory approach the U.S. will ultimately take – whether it will be heavy-handed, or passive, or what it will be. But what I do think happens is that centralized crypto exchanges like FTX, BlockFi, and Celsius will be regulated differently from decentralized networks like bitcoin or decentralized applications like Uniswap or Aave,” Jarvis says. “A lot of regulation is about forcing disclosures and getting transparency for investors — and that’s a good thing. The transparency that’s baked into decentralized protocols makes them inherently less in need of regulation. On top of that, I think government agencies will eventually realize that it’s not actually possible to regulate decentralized protocols in the same way as centralized entities.”

Decentralized exchanges are peer-to-peer and much harder to regulate.

They will require users keep their tokens on so-called hard wallets (except for ‘staking’ tokens on an exchange to earn yield), like a Ledger Nano. Uniswap is one of the more well-known decentralized exchanges in the market.

“If this summer’s LUNA coin/Celsius contagion didn’t already convince investors, then the FTX implosion should make it clear to everyone in crypto now that centralized entities need to be regulated,” Jarvis says. “Everything that’s happening outside of crypto makes me certain about the long-term prospects for bitcoin, DeFi, and crypto assets that embody crypto’s value propositions.”

Matthijs de Vries, Founder & CTO at AllianceBlock in Utrecht, Netherlands, says retail investors have a good reason to be bearish. He still thinks bitcoin is unstoppable (until the government makes it illegal, though that is me saying that and not Vries. I suspect once central bank digital currencies are rolled out, governments will test banning bitcoin somehow, like making it illegal to transfer for fiat.)

“Don’t forget, Bitcoin was created during the 2008 financial crisis. Each new crisis like FTX will ultimately bring innovation from hurt people that want to contribute to something better,” he says.

He warns that if the cryptocurrency investor community and developers want to continue to fall back on centralized entities, the promise of a decentralized crypto market will never come to fruition.

Ultimately, the future of the big cryptocurrency exchanges is likely one of mergers and acquisitions. The final one being Nasdaq or the NYSE either owning the three biggest players here – like Coinbase, Gemini and Kraken. Or one of those three being the Nasdaq of crypto.

Lesser-known decentralized exchanges will need more marketing. Most retail investors do not use them. They would prefer buying crypto the same way they buy stocks on E*Trade.

“The whole point of the industry is to be able to be ‘degen’, yet still to be trusted as a counterparty,” he says. The ‘degens’ – in crypto parlance – are the crypto cowboys who chase wild projects hoping for 1,000% returns. They buy, or create, things like Shibu Inu coin, something that has no value in the real world.

“These series of blowout events will help us,” says de Vries. “This is maturing as an industry. We don’t want to totally eliminate the ‘degen’ vibes, but we want to embrace it more safely.”

The entire portfolio of FTX Ventures and its trading subsidiary, Alameda Ventures, will soon be worthless. The bankruptcy proceedings will require liquidation of their assets so the customers can at least get some of their capital back.

“This is the wild wild west,” says Ajay Dhingra, head of research and analytics at Unizen, a decentralized exchange that has a centralized aspect to it and defines itself as the best of both worlds “Survival of the fittest and the most innovative will sow the seeds of the next Amazon, which was also coincidentally born out of the bursting of the dot-com bubble,” Dhingra says.

Dhingra suspects governments worldwide will launch fresh attacks on cryptocurrency projects, making it harder for newcomers to get licenses to trade. Many will be forced to exit the market.

True believers want to believe. For them, crypto cannot die. It would be a travesty. In the battle of centralization vs decentralization, a centralized cryptocurrency model likely ruins bitcoin. The ongoing avalanche of capitulation in the crypto markets will send bitcoin to new lows.

Back in the Channel Islands, Epstein says FTX’s fall was predictable.

“They are predictable because they are run by greedy, self-centered, narcissistic opportunists who don’t give a damn about the principles of crypto and get over-leveraged and get blown up,” the Radix executive says. “Good. It clears out the mercenaries and leaves room for the missionaries, who I think will make plenty of money in this market over the long-term.”

To the HODLers, a final message to help you sleep at night: “Hold your assets in non-custodial wallets,” says Jessie Chan, chief of staff at ParallelChain Lab in Singapore. “The suspension of withdrawals by centralized entities like BlockFi and AAX (two cryptocurrency exchanges) have driven home the point of ‘not your keys, not your coin’. Investors should consider storing their assets in these non-custodial wallets.”

Decentralized exchanges and hard wallets are the best way to avoid crypto-infused hypertension. For most people in this business, the crypto market’s not done yet, and they intend to keep it that way.

*The author of this article owns bitcoin.