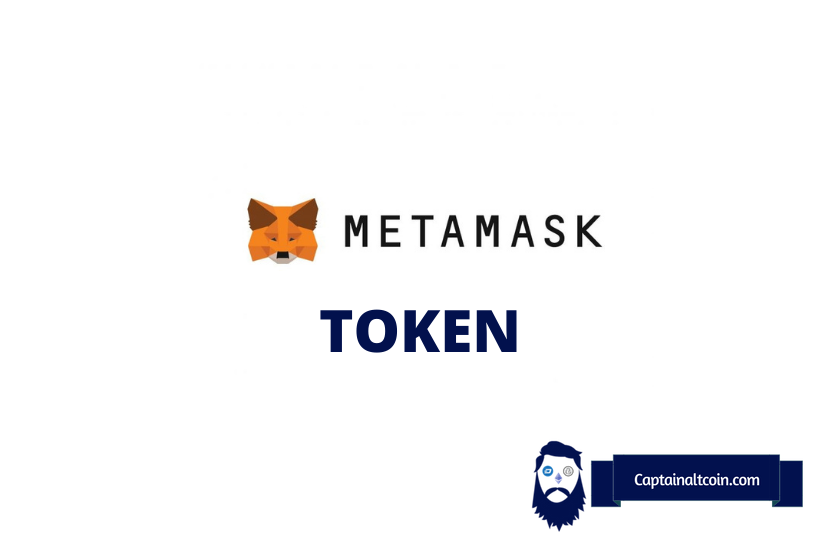 Home » De-Fi » All About MetaMask Token Airdrop – Release Date, How & Who Can Get It

Metamask is a term that is popular among DeFi enthusiasts. It was launched in 2016 and is one of the biggest non-custodial wallets in the DeFi world.

Recently, the Metamask team announced that they would release a native token and DAO (Decentralised Autonomous Organization) on their platform. They will therefore join the list of wallets like Trustwallet and SafePal, which have native tokens.

In this article, we will address some questions pertaining to this issue and prepare you to take advantage of this opportunity. Let’s start.

WILL METAMASK LAUNCH ITS OWN TOKEN?

Yes, Metamask will launch its own token. On February 28, 2022, the CEO of ConsenSys(the team behind Metamask) announced that plans are already underway to launch the wallet’s native token, along with a DAO. He also revealed a few features of the upcoming token.

WHEN ARE METAMASK TOKEN AND DAO COMING OUT?

There is no release date yet, but it’s likely to be in the coming months. Unfortunately, as expected, some scammers have released fake tokens, which have led to loss of money for investors. There may be more cases of this before the token is finally released. Therefore, one must be very wary of phishing sites and unofficial contract addresses.

WHAT WILL BE THE ROLE OF THE METAMASK TOKEN?

Details regarding what exactly the role of the token will be and how it will be distributed are still scanty. It doesn’t seem like it will be a governance token, as ConsenSys has revealed that the Metamask DAO will merely be a funding mechanism and will not leave space for user participation.

This method of using a DAO as a funding mechanism is gaining more traction in the crypto world, with platforms like Endaoment, Assange DAO, Charity Blockchain DAO, etc., following the same pattern.

It doesn’t seem as if it would be used for gas fees either, since Metamask itself is not a blockchain network. It may very well be that the function will be similar to Trustwallet’s token(TWT) or SafePal’s token(SFP), which offer discounted prices for holders of the tokens who swap through the wallets.

We don’t know much about this token yet, so we’ll majorly have to wait and see.

WHICH NETWORK WILL METAMASK USE TO LAUNCH ITS TOKEN?

Since Metamask is an Ethereum-backed wallet, it seems only reasonable that the native token of the wallet will be based on the Ethereum network. This has not been conclusively proven, but it is very likely to be the case.

WILL METAMASK AIRDROP ITS TOKEN TO USERS?

ConsenSys Ceo, Joseph Lubin, hinted that Metamask would not go down the popular path of airdropping tokens to wallet owners. He disclosed this when he said Metamask wouldn’t jeopardise the project by placing it in the hands of ‘airdrop farmers’.

Airdrop farmers refer to people or companies who seek to gain massively from airdrops by creating multiple wallets before a new token is launched. When they get the tokens, they sell them all, dumping the price on other investors.

Therefore, it seems as if not everyone will qualify for the token simply by owning a wallet. There might be specific criteria to be met before getting the token. You may need to have transacted up to a certain volume or for a minimum length of time before being considered eligible for the airdrop.

More details will definitely be revealed as the launch date nears.

HOW TO QUALIFY FOR THE METAMASK TOKEN AIRDROP

Even though it is still all guesswork, the following steps can qualify you for the Metamask token airdrop:

This is the least you can do. To create a Metamask wallet, download it from the play store or web stores on Chrome, Firefox, Brave, and Edge browsers. Make sure to back up your seed phrase before proceeding. It may prove essential in the future.

MAKE A SWAP ON THE PLATFORM

Do this on all the blockchains that Metamask currently supports. It doesn’t have to be much, but it will increase the chance of getting the airdrop when it launches. If you are an active DeFi user and typically make a lot of swaps, you could make Metamask your main wallet if you haven’t done so already. The risk to reward ratio seems to be low.

This point is only a precaution to ensure that you check all the boxes. Even if this is not a requirement for the airdrop, it will still leave you well-informed regarding any updates that may roll out before the token is released.