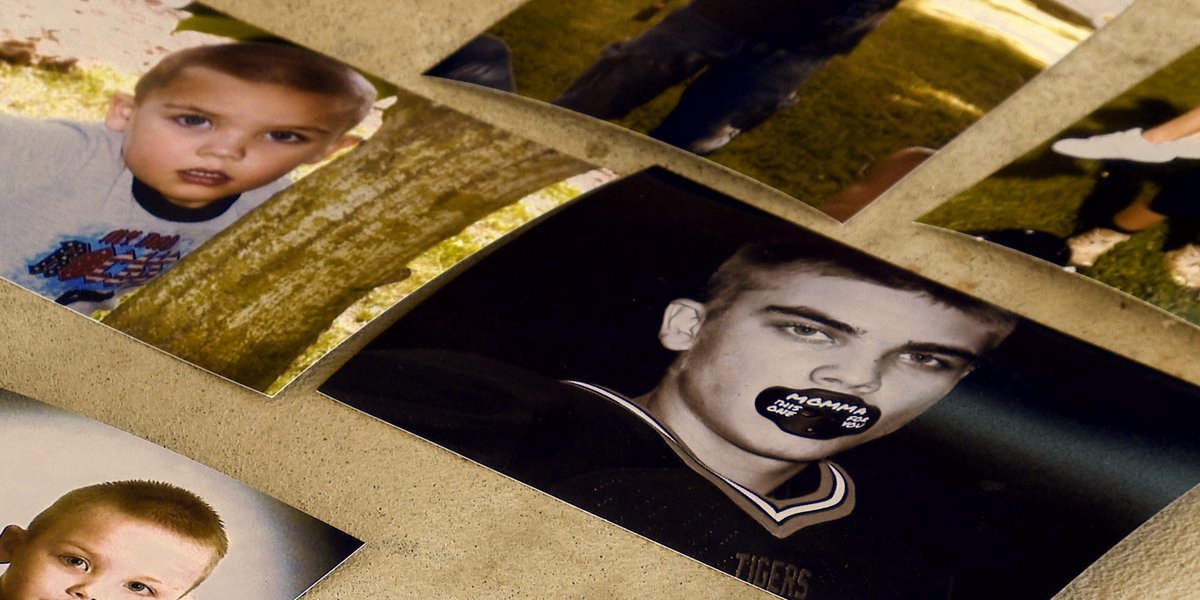 ELIZABETH, W.Va. (WTAP) – Sixteen-year-old Dalton Joy could be best described in three words, Faith, Family, and Football, according to his parents, Mike and Jenn Joy.

Jenn said she left out friends because his friends were his family, and he treated everybody like family.

“What I always think of when I think of him first is him coming up and hugging us all the time,” Jenn said. “He’s a very, very soft-hearted child, even as young as two. He’d always want cuddles and hugs, and he’d randomly come up and be like, ‘I love your mom,’ ‘I love you, dad.’” He was like that his whole entire life. Even as a teenager. He was never shy about coming up to me in front of his friends and whatever and giving me hugs. ‘I love you, mama.’ At 16, he was taller than me at that point, and he just wraps you up in this big old hug, and it like consumes all of you. So that’s what I remember.”

Dalton had multiple jobs, such as farming, carpentry, and welding. He was also very active in his Church as a youth leader. Before every football game, Dalton would lead the team in prayer. He was one of four children, an older brother, and two younger sisters.

Dalton wanted to do just about everything and was happy to work and help out his parents with anything. Mike shared one memory he has of Dalton when the family moved into their new house.

“That’s the first time we had a wood stove in the house, and we were taking out the ashes,” Mike said. “So I told him, I was like, ‘there’s gotta be a better way to do this, go get the shot vac. So he went out in the garage, got the shot vac, and brought it in. We plugged it in, and whenever we turned it on and put the hose in, there wasn’t a plug on the back. So it sucked in all the ashes and blew it out the back all over the room. And we were both covered in ashes.”

“They filled my entire den up with ashes from the fireplace, and I was not very happy about that,” Jenn said. “He was just laughing the whole time. He was laughing so hard.”

“All he could do was just; he couldn’t even breathe because he was laughing so hard,” Mike said.

Dalton had plans after high school to enlist in the army, following in his military parent’s footsteps.

On June 1, 2022, Dalton was out baling hay with a friend. When he came home, Dalton asked Jenn if he could go work at his other job. This would be the last conversation Jenn would have with her son.

“We were in the house, and he comes in and, you know, ‘hey, Mama,’ and it wasn’t a few minutes later, he’s like, ‘okay, Mom, I missed my scheduled job on Memorial Day, because it was a holiday and she told me not to come, because like, but I have time right now. Can I go and get that job done?’” Jenn said. “I was kind of surprised that he just got done working, and he wanted to go work again. I was like, ‘I can’t really say no. So yes, you may. But you have to be back in this house by 8:00 p.m. That’s curfew. You know you got to be back in here.’ And he said, ‘Yeah, of course. That’s fine.’ So he got his stuff, and he said ‘love you, mama’ and walked out the back door, and that was it.”

After not hearing from Dalton prior to curfew, Jenn tracked his last known location. It said he was at the intersection of Slate Creek Road and West Virginia Route 14. She later learned on social media that there was an accident that had been reported there.

“I got a bad feeling in my gut, as most moms might,” Jenn said. “So I was kind of just texting him. I texted and called his girlfriend. I was trying to figure out who had seen him last and where he might have been. He wasn’t answering, and that’s not like him. He was a big old mama’s boy, and he knew the rules. If I called, he has to answer, and if he doesn’t, it might not be good for him when he gets home, but it wasn’t like him to not check-in.”

Mike got the same bad feeling in his gut, so he went out to find Dalton at his last known location. When Mike pulled up to the scene, he recognized Dalton’s car and soon after was met by an officer.

“It was a long time before I heard from him,” Jenn said. “I was out in the yard at my house at that point because I was upset, and I was crying before I even knew what I knew. I knew, but I didn’t know. I was out in the yard because I didn’t want my girls to hear me. I was on the phone with a friend of mine who was trying to tell me it’s gonna be okay and he’s probably just stuck in traffic. So he (Mike) called me a little bit later and told me that it was him (Dalton) and that he passed. And I kind of just lost it in my yard.”

“Not just his sisters and his brother but all these teenagers whose lives he was a big part of it. He was friends with everyone like it was really hard not to like, and you’d have to work hard not to like him,” Jenn said. “Coming face to face with them all the time, every day, probably was the hardest when we had a celebration of life. We had it at the high school auditorium, and that whole room was just filled with all of his friends and his loved ones. Just being face to face with them was probably one of the hardest things.”

Since Dalton’s death, the Wirt County community dropped what they were doing and took the Joy family under their wings. One friend, Kristen Goodnight, started a GoFund Me page to help Mike and Jenn pay for the funeral and other bills. Jenn was born and raised in Elizabeth, so community support meant everything to her.

“You never really know what you mean to the people that you know, you never really know until something like this happens, and then you get support from places you never expected,” Jenn said. “I think the hardest lesson that I’ve had to learn over this experience is letting people help you. Because I’m not been that type of person. I want to help people, and I don’t need to be helped. That’s always been the way it is. I had to learn to accept other people’s help with things, and not even if I feel like I don’t need it. Just let them do it. Like I have to realize that when people help us, it’s a blessing.”

At all its home games this season, the Wirt County Marching Band formed the number seven during the National Anthem. The four captains of the football team carried out Dalton’s jersey for the coin toss at midfield. At homecoming, the football team had a float dedicated to Dalton that read, “Who’s afraid of the Devil when you have an Angel on your side” as the Tigers were taking on the Ravenswood Red Devils.

“Some days, I can, I know I can get up and take care of whatever I need to take care of, and I’m always thinking about him, but it doesn’t overwhelm me,” Jenn said. “Other days. I don’t want to get out of bed because it’s just too much. We’ve gone through the what-ifs a million times. What if I hadn’t let him go that day? What if I said you’ve worked enough for today; just sit down and relax. But he wasn’t that person. He wanted to be working all the time. And who was it to stop him? You know, he was doing what he wanted to do. He was doing what he felt he should do. He was being responsible.”

Since Dalton’s passing, there are some things that Jenn notices when she’s out that remind her of Dalton, for example, Spider-Man.

“When he was two, he couldn’t talk very well because he had a lisp,” Jenn said. “He had trouble talking, but he sure tried to say Spider-Man, who was his favorite, but he would say Fider-Man, and he’d do this thing with his hands, and he always said that he was Fider-Man and his dad was the Incredible Hulk. He just loved saying Spider-Man and loved him his entire life. Now anytime I see anything Spider-Man, it kind of catches me off guard like such a silly little thing, and it’s a lot to take in; it’s like it’s just a Spider-Man toy. Why is this a big deal? It just hits me differently now.”

Jenn and Mike said the only way they have been able to move forward is one step at a time.

“He wouldn’t want me to just curl up in a bowl on the floor and cry, you know, which I’ve done, but that’s not what he wants,” Mike said. “Just try to keep going one day at a time, one step at a time. Just try to make it.”

“Each day, you have to say, ‘okay, if I can just get up and get dressed, then that’s enough’ until you can get to the point where you can take more steps,” Jenn said. “That’s the only way we’ve been able to keep going. That’s the only way our kids have been able to keep going. You just have to keep moving because the minute you stop, and don’t want to participate in life, because honestly, that’s what it feels like when you lose your child. The minute you do that, you’re not honoring them anymore because that’s not what they want you to do. It’s not what they would want for your lives. That’s what I try to keep in the back of my mind. He (Dalton) wants me to get up. He wants me to go to work. He wants me to take care of my responsibilities. He wants me to take care of his family. So that’s what I do.”

The Joy family continues to honor Dalton everywhere they go.

Mike and Jenn shared they have started a Scholarship fund in Dalton’s name that will be given out to one member of the Wirt County High School Senior class this year and for years to come that share his same ideals and values.