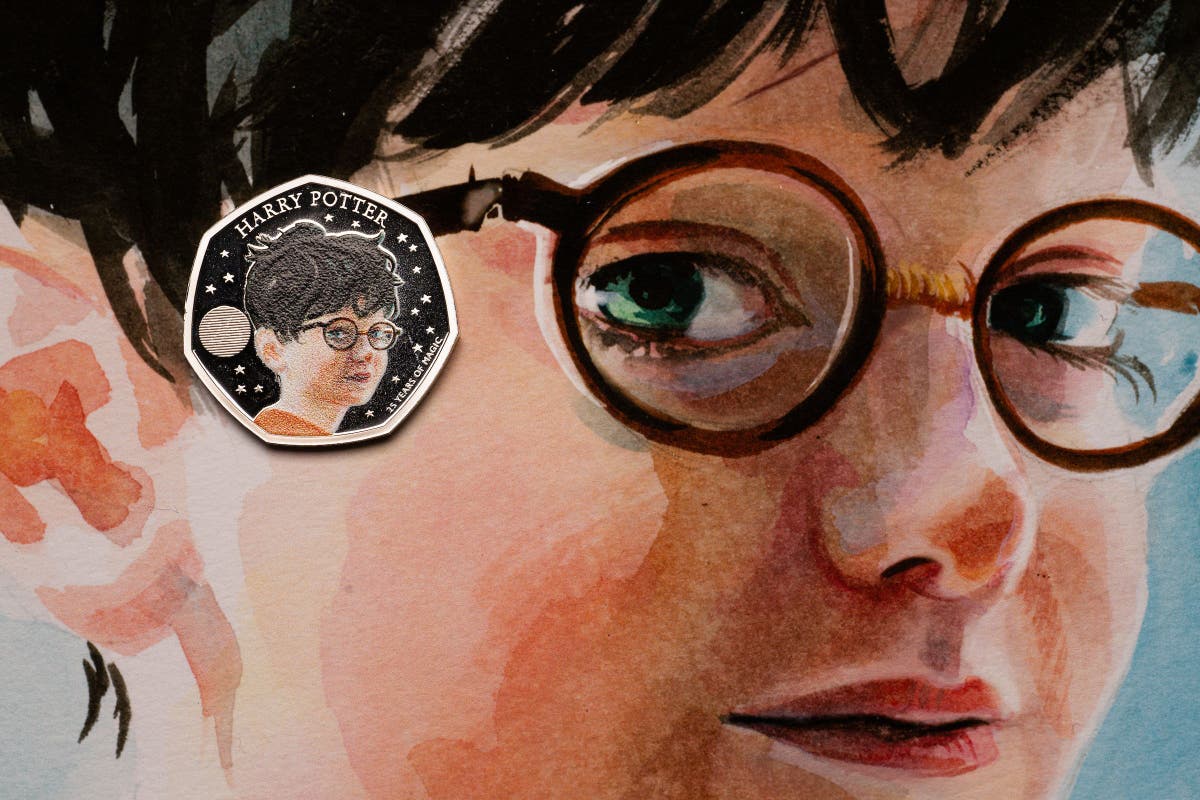 The coins celebrate 25 years since the novel Harry Potter And The Philosopher’s Stone by JK Rowling was first published in the UK in 1997 by Bloomsbury Publishing.

The Royal Mint is expecting high demand for the coins and said its Harry Potter collection will be one of “a small number” that will see a change of portrait during the series.

The first coin in the series depicts Harry Potter himself and is available to buy from the Royal Mint’s website.

Prices range from £11 for a brilliant uncirculated 50p to £5,215 for a £200 denomination gold Harry Potter coin. A colour version of the Harry Potter 50p is available for £20.

Other coins in the collection will feature the Hogwarts Express, Professor Albus Dumbledore and Hogwarts School of Witchcraft and Wizardry.

Nicola Howell, chief commercial officer at the Royal Mint said: “As the official maker of UK coins, we are delighted to make a spellbinding coin collection to celebrate the 25th anniversary of Harry Potter And The Philosopher’s Stone. The first coin in the collection, celebrating Harry Potter, will be available for collectors and fans to buy from today.”

Ffion Gwillim, the Royal Mint designer who modelled the artwork onto coins, said: “The Harry Potter illustrations are so iconic and recognisable.”