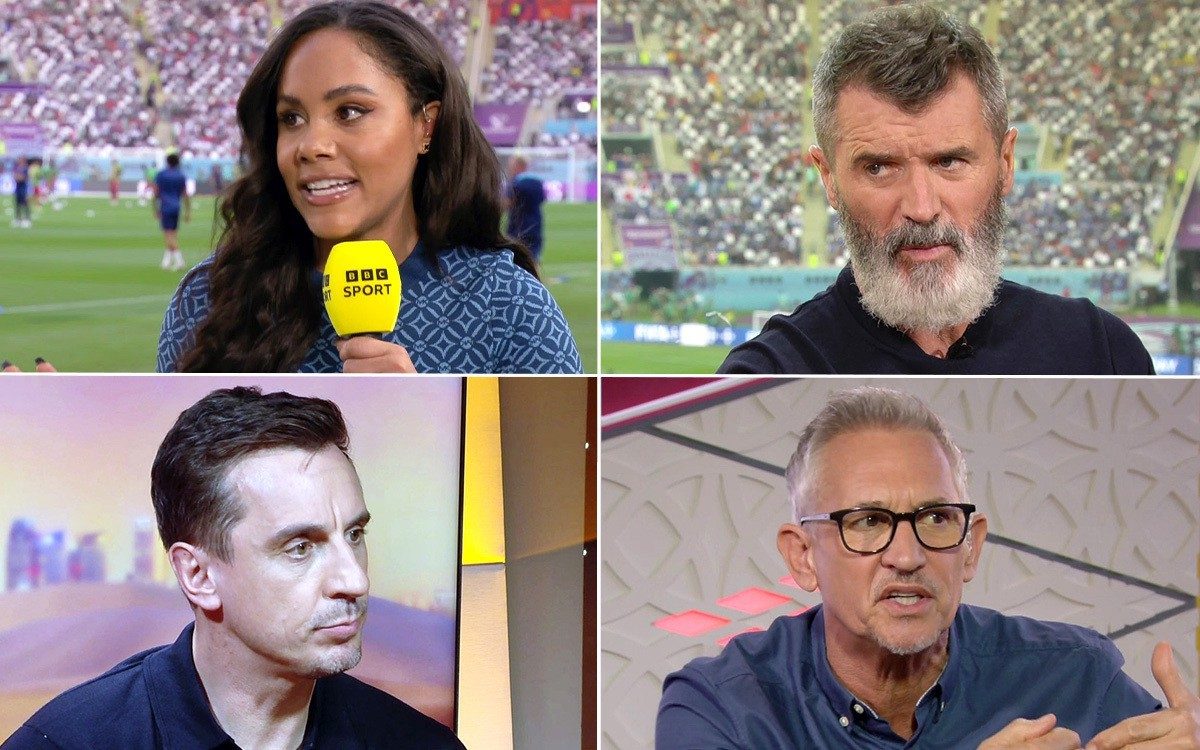 “Stick to football,” pleaded FIFA, somewhat optimistically. “Not on your nelly,” cried the media classes. The 2022 World Cup has so far been dominated not so much by the beautiful game itself but by broadcasters opining on anything apart from the action.

On both the BBC and ITV, pundits and presenters have been prone to issuing long-winded justifications about why they’re happily working away in the human rights black hole that is Qatar. Yes, they’re being handsomely paid to watch four weeks of football but they feel deeply conflicted about it, honest.

From taking the knee to rainbow armbands, from LGBTQ+ rights to migrant workers’ safety, retired footballers have put down their golf clubs, picked up their megaphones and are falling over themselves to prove to viewers at home exactly how right-on they are. They’re being accused not only of having their cake and eating it, but then virtue-signalling about how the cake’s ingredients weren’t sustainable enough and the oven was wasting energy.

Wokery, hair gel, shiny shirts – this World Cup truly has it all. And that’s just in the TV studios. What do you mean there’s a tournament going on too? We’ve rated five key culprits for their inability to stay in their sporting lane…