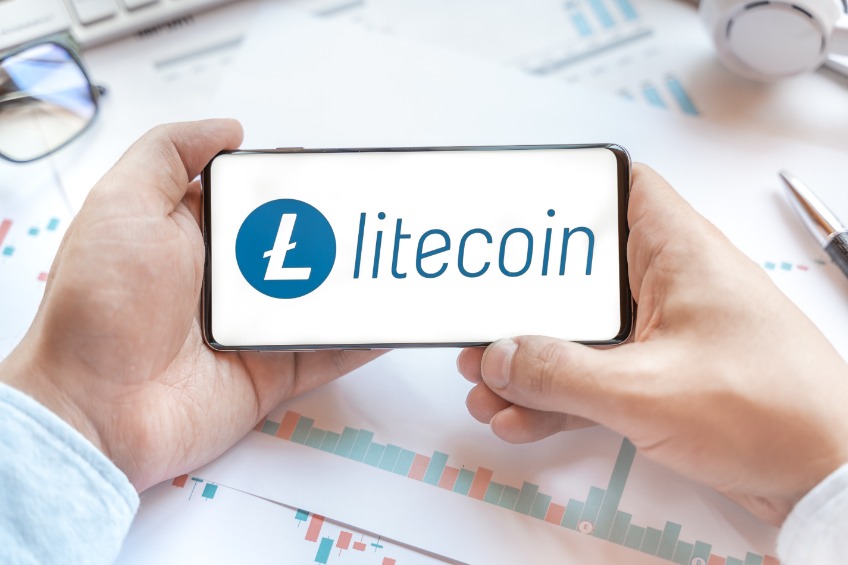 Rarely spoken about, Litecoin (LTC) cryptocurrency is making a comeback. At a time when the FTX contagion is filling headlines, and bear market winds are strong, Litecoin rallied by +25% over the week, while Bitcoin is in the negative territory at -1.3%.

Litecoin is now ranked 13th by market cap, at $5.6 billion, sandwiched between Dai and Shiba Inu, surpassing Solana by nearly $800 million in market cap. Why is LTC surging and is it sustainable?

However, Litecoin has a much larger total supply of 84 million vs. Bitcoin’s 21 million, making it a complementary silver to Bitcoin’s gold. Furthermore, with Lightning Network as Bitcoin’s infinite scalability solution that drastically outperforms Litecoin in both speed and fees, it is questionable if there is a need for Bitcoin’s lighter version.

The creator of Litecoin, Charlie Lee, once said that Litecoin was “an excuse to kind of learn the Bitcoin code”. In that process, he copied Bitcoin’s halving mechanism onto Litecoin. So far, LTC had two halvings, one in August 2015 when the block reward was halved from 50 to 25 LTC.

And one in August 2019, from 25 to 12.5 LTC. The next one is still far off, on August 23rd, 2023, reducing from 12.5 to 6.25 LTC. With fewer LTC block rewards issued, the available supply is reduced, creating an anti-deflationary effect that boosts the value of each coin. That’s why Bitcoin’s price always jumped after its halvings.

While the next Litecoin halving is still 9 months away, it is also true there is no better time to accumulate than in an extreme bear market, one that FTX facilitated this month. Litecoin investors have seen many cycles come and go, showcased by the fact that over 60 million LTC has been in cold storage for over one year.

Seeing the right moment to act, addresses holding between 1,000 – 100,000 LTC ramped up their accumulation by 2.71% in a single day over the week, according to Santiment. The results are showing as an anomaly where LTC goes outside the tight BTC correlation.

The second reason is that crypto fraudster Sam Bankman-Fried sparked an interest in crypto regulation. If it happens that the SEC will apply the Howey test to cryptocurrencies, whether to determine if they are securities or commodities, Litecoin will likely join Bitcoin in failing it.

The third reason is likely a fallout from Ethereum switching from PoW to PoS, ditching miners for validators. Some portion of that mining hardware ended up mining LTC now, given its ATH hash rate of 587 Thash/s.

The last reason for Litecoin’s resurgence is speculative but observed enough times to get a name – the Lindy effect. This phenomenon relates to non-perishable items, such as digital currencies. The longer they survive, the longer their remaining life expectancy is.

Case in point, even Charlie Lee appears to have moved on from his Litecoin legacy to Nano, yet Litecoin got a life of its own based on its Bitcoin-like properties. Even after that departure, LTC soared to an ATH last August, at $345.

Lastly, considering Litecoin’s dormancy as a coin that “just hangs around”, there is much less pressure for selloffs as it is in a highly controlled cryptocurrency like SOL.

Learn how, with Five Minute Finance.

A weekly newsletter that covers the big trends in FinTech and Decentralized Finance.

You’re well on your way to being in the know.

Do you think Litecoin deserves the “OG crypto” nickname? Let us know in the comments.

Tim Fries is the cofounder of The Tokenist. He has a B. Sc. in Mechanical Engineering from the University of Michigan, and an MBA from the University of Chicago Booth School of Business. Tim served as a Senior Associate on the investment team at RW Baird’s US Private Equity division, and is also the co-founder of Protective Technologies Capital, an investment firm specializing in sensing, protection and control solutions.