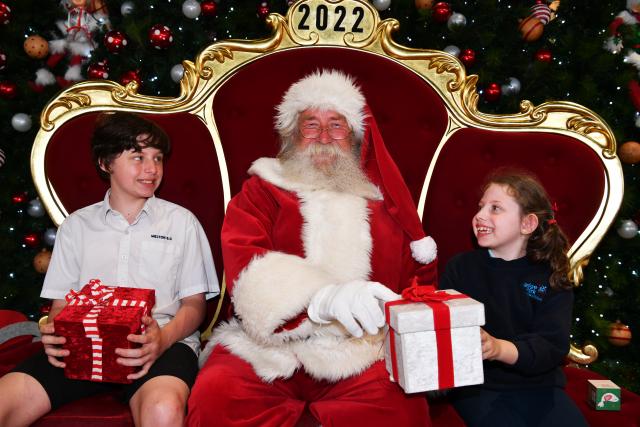 Woodgrove Shopping Centre in Melton West is partnering with Hope Street Youth and Family Services in a range of charity-raising events this December.

Santa’s Breakfast will be hosted by Mr and Mrs Claus, Rudolph, and merry elves on December 3, with sessions at 8am and 9am.

For $10 guests will be treated to sing a-longs and Christmas character entertainment.

Proceeds from the event will be donated to Hope Street supporting young people experiencing, or at risk of, homelessness.

Shoppers can have their gifts wrapped by a team of volunteers in exchange for a gold coin donation.

“While a helping hand to get those tricky gift boxes wrapped is sure to ease stress levels for many of our shoppers, it’s also an important fundraising undertaking for Hope Street, with 100 per cent of monies raised going directly to supporting the vital work they do in the community,” she said.

Hope Street chief executive Donna Bennett said Woodgrove “has the back” of young people in its community.

“As soon as you mentioned their name I got a big smile on my face, because they’ve been such a long term supporter of local people in their community,” she said.

Santa Photography is also taking on different forms at Woodgrove this year with Baby’s First Christmas sessions, Pet Photography sessions, and Sensitive Santa sessions in which people can book for a moment with Santa without bright lights and big crowds,

Woodgrove will also operate with extended trading hours from 17-24 December.