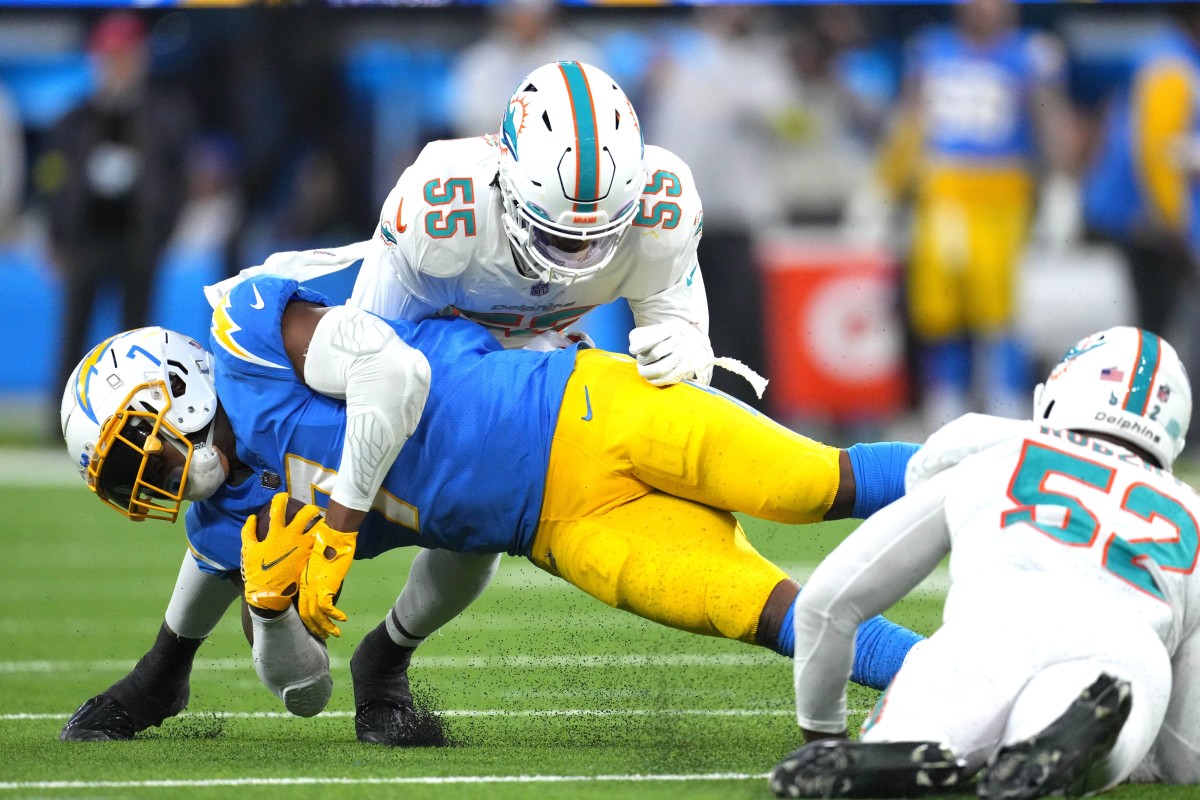 Part 3 of the Super Wild-Card Weekend SI Fan All Nation All Dolphins mailbag:

From Thomas Hudson (via email):

I’m going to go with a offseason question or two. I hope the Dolphins beat the Bills, but I just don’t see it happening without a healthy Tua/Armstead combination. And I don’t think either will be healthy for the game, even if they try to play. So, two questions based on other comments I keep seeing: 1 – People keep wanting to replace Tua. But, football questions aside, how feasible is that from a financial perspective? Isn’t the fourth year of his rookie contract guaranteed? So they would be paying him anyway? Could they even afford to pay this mystical unicorn of a veteran who will be better than Tua? 2 – When I look at the money on the defense, the two who stand out to me are Byron Jones and Jerome Baker. Not saying either is a bad player, they just seem the most expendable. Would the team actually get any cap relief from releasing either of them?

Hey Thomas, Tua’s contract has a 2023 cap hit of $9.63 million and all of it is guaranteed. The Dolphins could save $14.1 million against the cap by making Jones a post-June 1 cut (understanding the cap savings don’t come into effect until that date) and they could save $8.7 million with Baker under the same scenario. I’m not sure we should expect anything to happen with Baker in the offseason, though at this point it probably would be a surprise if Jones ended up still on the roster next season.

From Jeff (via email):

Longtime reader, first-time question. Why doesn’t Miami do more flea-flickers or halfback passes? It would seem with the speed at receiver that they could slow-play it as a run to begin with and then take off for a big play.

Hey Jeff, your point absolutely has merit, but the idea of slow-playing anything depends on the offensive line being able to provide the kind of protection needed to make it work. If we’re being honest, the Dolphins have been most effective, especially lately, when the ball comes out quickly. In an ideal world, though, your suggestion is a very sound one.

From Carlos Vazquez (via email):

Hi Alain… I think I am on to something…I think that the Dolphins’ chances of winning are exponentially enhanced when they win the coin toss and defer to the second half. A little homework for you….Would you mind looking into this? I bet there’s a direct correlation! Good work all year long!

Hey Carlos, putting me to work, huh? Well, since you buttered me up with the “good work” comment, I didn’t have much of a choice. So here it is: The Dolphins were 7-3 when they won the coin toss, 2-5 when they lost it. Just like their W-L, they were extremely streaky win the coin toss, winning their first six, later winning four in a row, then finishing by losing the coin toss each of the last six games.

The Fins are up against it and Buffalo will expect us to run it. Might we see McDaniel open up the playbook and try some Wildcat or trick plays? We know from his time in SF he will call unorthodox plays.

Hey OGJ, I would say in a playoff game like this, everything should be on the table. Understand, though, that none of it matters if the blocking doesn’t hold up and the execution isn’t there. It could be that nothing but short passes also could do the trick on offense.

With a full season of training and no other personnel available to keep track of Allen, is this a week with expanded playtime for Tindall in spy packages?

Hey Mike, I totally get the fascination with Tindall given his physical ability and the fact he was the Dolphins’ top pick, but if he has barely played on defense to this point in the offense, I most definitely would not expect him to have any kind of prominent role in the playoffs.

Assuming Sunday doesn’t go Miami’s way, which coordinators are on the hot seat and are there any obvious target replacements?

Hey Bret, being that the season isn’t over yet, I haven’t even begun looking at which coordinators around the league could be available, but to answer your first question, I would think OC Frank Smith is very safe; DC Josh Boyer should be safe (given all the injuries on defense), though not to the same degree as Smith; and I think STC Danny Crossman has reason to be concerned after what was a pretty disappointing season on special teams.

While it’s important for Thompson to not make mistakes & get the ball in hands of Hill/Waddle, this is more about the ’21 defense showing up, yes?

Hey Dave, I understand your point and agree with you to some degree, but even the ’21 defense wouldn’t be able to completely shut down this Bills offense and particularly Josh Allen. That means the Dolphins offense is going to have to do its part, too. But, yes, the defense needs to lead the way in this game.

Any thoughts on why this season we didn’t use as many multiple looks (run/pass) from the WRs as McD had in SF? I get no Deebo/CMC here, but play to our speed strength and use WR/RB running combos in this one. If LE/Deiter are healthy, run 6OL.

Hey Keith, I think you answered your own question right there: The Dolphins don’t have a player like Samuel or CMC. Hill and Waddle are unique talents with their speed, but I don’t think anybody wants them carrying the ball between the tackles like Samuel has done in SF.

From Finkle is Einhorn (@finkle_is):

Does McDaniel have an explanation for not being able to get calls in on time every week? We burn timeouts every game or take delay of game penalties. Has he considered handing play-calling off to someone else?

I think you’re overstating the issue of delay penalties. The Dolphins committed seven such penalties during the regular season, compared to, say, 10 for the Minnesota Vikings, and fewer by other teams. And, no, I don’t think McDaniel has considered for even a second handing off play-calling duties.

Chance Tua is not the starter week 1 next year?

Hey Brice, that is an amazing question. I think the best estimate I would give you — after we hear a lot of rumors in the offseason — is that maybe it’s like 25 percent that Tua is not the starter Week 1 in 2023.

How do they stop Allen? How many rushing yards do you think wins the game?

Hey Drew, they’re not going to stop Allen. He’s too good to completely shut down. But what he has done at times this year is get sloppy with the ball and try to force passes, particularly in the red zone. That’s where the Dolphins need to capitalize. And when you ask about rushing yards, I’m going to assume you mean from the Dolphins because I don’t think it matters for Buffalo, and my answer there would be at least like 80-85.

Hit me with a score prediction Alain.

Included it in my comprehensive game preview and went with Buffalo winning 30-16.

Thanks for reading. Make sure to bookmark this site and check back daily for the latest Dolphins news and analysis year-round. Also, you can follow me on Twitter at @PoupartNFL, and that’s where you can ask questions for the regular All Dolphins mailbags. You also can ask questions via email at fnalldolphins@yahoo.com.