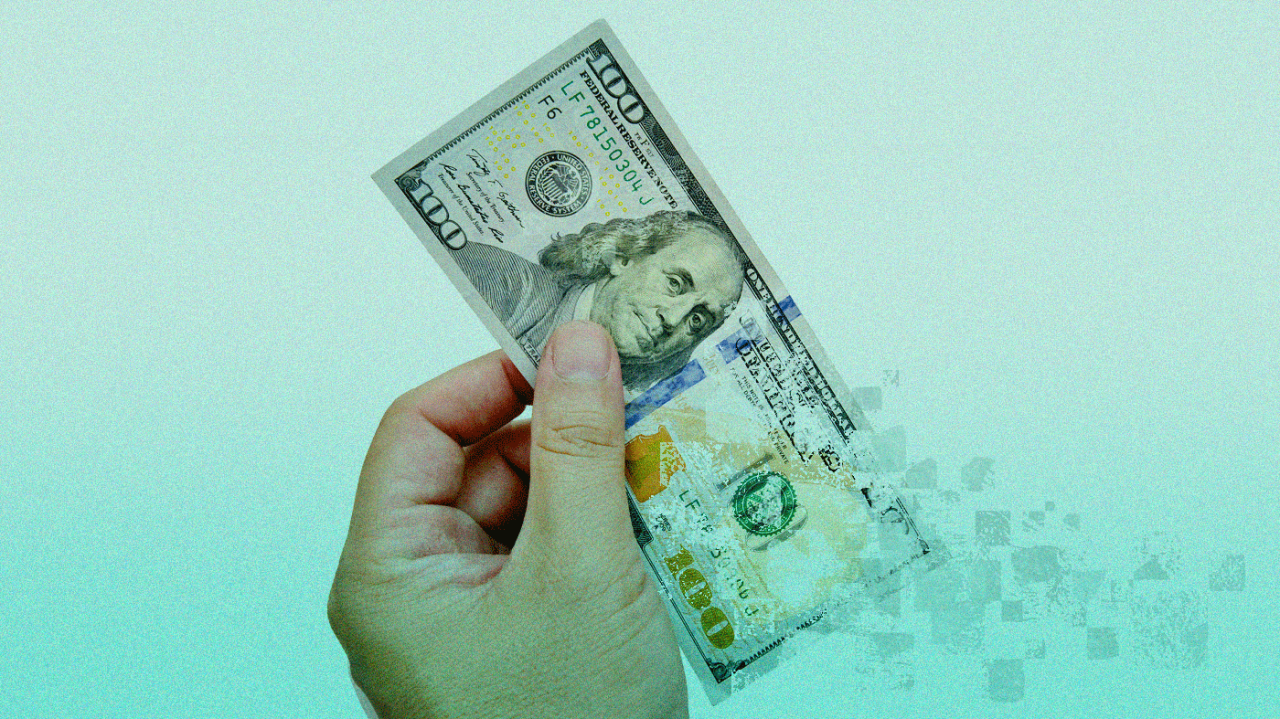 Story at a glance

America may soon be poised to go cashless. Now, the nation must decide if ditching the dollar bill is a good idea.

Two-fifths of Americans used no cash in 2022. Back in 2015, by contrast, fewer than one-quarter of consumers went cashless, according to Pew surveys. In a separate poll, three-fifths of consumers told Gallup they used cash only on occasion last year, twice the share of five years ago.

Paper currency and coins are unsanitary, inconvenient, costly to handle and easy to steal. Criminal enterprises thrive on the portable anonymity of the hundred-dollar bill. Cashless transactions solve those problems, advocates say. They also allow Big Brother to track the American consumer’s every move.

“When you pay cash, I give you money, you give me a good, end of story,” said Jay Stanley, a senior policy analyst at the ACLU. “If you’re using your credit card for all of your transactions, then data is being collected about an enormous range of your activities, including medical conditions, political donations, sexual activities, how much liquor you buy, how many cigarettes you buy.”

In left-leaning New York, Philadelphia and San Francisco, city leaders have enacted laws that require businesses to accept cash, ostensibly to protect the “unbanked,” a small but significant share of citizens who rely on currency.

That was but one skirmish in a larger battle over the future of cash in American society.

Consumers used cash for 20 percent of all payments in 2021, down from 31 percent in 2016, according to the Federal Reserve. In place of cash, shoppers favored the credit card (28 percent) and debit card (29 percent).

“People have literally been changing the way they pay for goods and services,” said Lee Rainie, director of internet and technology research at Pew.

“I think it’s very much like the jump in e-commerce we saw during the pandemic,” said Ted Rossman, a senior industry analyst at Bankrate, the financial services company. “I think we’re going to continue to see a slow evolution away from cash.”

Much of the nation hasn’t looked back. Three-fifths of wealthier Americans, those with six-figure household incomes, told Pew pollsters they used no cash in a typical week in 2022. More than half of the under-50 demographic told Pew they no longer worry about carrying cash.

“There are good reasons why people change the way they pay, and it has to do with a combination of benefits to consumers and benefits to businesses,” said Todd Zywicki, a law professor at George Mason University who studies consumer finance.

“When you ask retailers who’ve gone cash-free, they’re primarily small retailers, and a lot of them are pretty straightforward: ‘After my store got robbed the fifth time, I decided it wasn’t worth taking cash.’”

And while COVID-19 may not spread on dollar bills, paper currency is, in fact, filthy. Researchers have found scores of microorganisms on folding money, including microbes found in mouths and on genitalia. One analysis of dollar bills from different American cities found traces of cocaine on most of them.

Zywicki likens the cashless trend of today to the decline of personal checks 15 or 20 years ago. American consumers used to routinely write checks to cover groceries and car repairs and appliance purchases. That changed with the new millennium, when consumers and merchants ditched checks for debit cards. Between 2000 and 2012, the number of transactions covered by checks declined by more than half.

Older Americans still use cash for roughly one-quarter of purchases, according to Fed data. Low-income families, those earning less than $25,000 a year, rely on cash for more than one-third of their purchases.

“There’s still a significant chunk of Americans who are either unbanked or underbanked,” Stanley said. “Underbanked” consumers have bank accounts but rely on overpriced alternatives such as payday loans and check-cashing shops.

Credit card companies typically charge transaction fees that range from 1 to 3 percent of the purchase price. Together, Visa and Mastercard collected $138 billion in service fees in 2021. They are among the most profitable companies in the world.

Shops generally pass that cost on to the consumer. To critics of the credit industry, those fees amount to a tax. “Can you imagine if we had a 1 to 3 percent national sales tax, what we could do with that money?” Stanley said.

When shops build those fees into their prices, Stanley reasons, the credit system effectively penalizes the poor, who pay fees for cards they do not own.

Stanley and left-leaning civic leaders fall on one side of the whither-cash debate. Zywicki falls on the other.

Take note, however, that the George Mason scholar shares the ACLU’s concern over shrinking privacy in financial transactions.

To illustrate the vulnerability of consumer data, in a widely circulated 2019 article, a Washington Post columnist purchased a pair of bananas at a big-box retailer with his credit cards.

“You might think my 29-cent swipe at Target would be just between me and my bank,” he reported. “Heavens, no. My banana generated data that’s probably worth more than the banana itself. It ended up with marketers, Target, Amazon, Google and hedge funds, to name a few.”

Credit card companies and retailers conspire to sell consumer data to advertisers, who use it to predict — and even to subtly influence — the shopper’s next move. In this transaction, the consumer is the product.

To counter the data spies and retain a modicum of free will, consumer advocates say, read the fine print on your card agreement, consider paying in cash, use a robust ad blocker and avoid clicking on anything that looks like a promotion.

“All this data, it’s not empowering you, it’s empowering somebody else,” Stanley said.

Soon, even the federal government may be able to harvest consumer data. Late last year, the Fed announced a pilot program for a central bank digital currency.

The digital dollar would offer a federal alternative to cryptocurrency, backed by the government. Citizens could open a bank account directly with the Fed, accessing digital funds on an app or a prepaid card, said David Waugh, managing editor at the American Institute for Economic Research, in a column for The Hill.

“Cash remains our strongest tool to promote financial inclusion while preserving privacy and security, and new digital tools should emulate it– not replace it,” said U.S. Rep. Jesús “Chuy” García, an Illinois Democrat, in support of legislation to develop a digital dollar.

But a digital dollar would also give the government “direct control over citizens’ bank accounts,” Waugh writes. China’s government has touted its own digital currency as a means to control its citizens.

“Yes, it’s obnoxious when Mastercard sells your data,” Zywicki said. “But in my view, if we empower the government to be able to issue programmable, digital currency, I think that’s a very dangerous thing.”