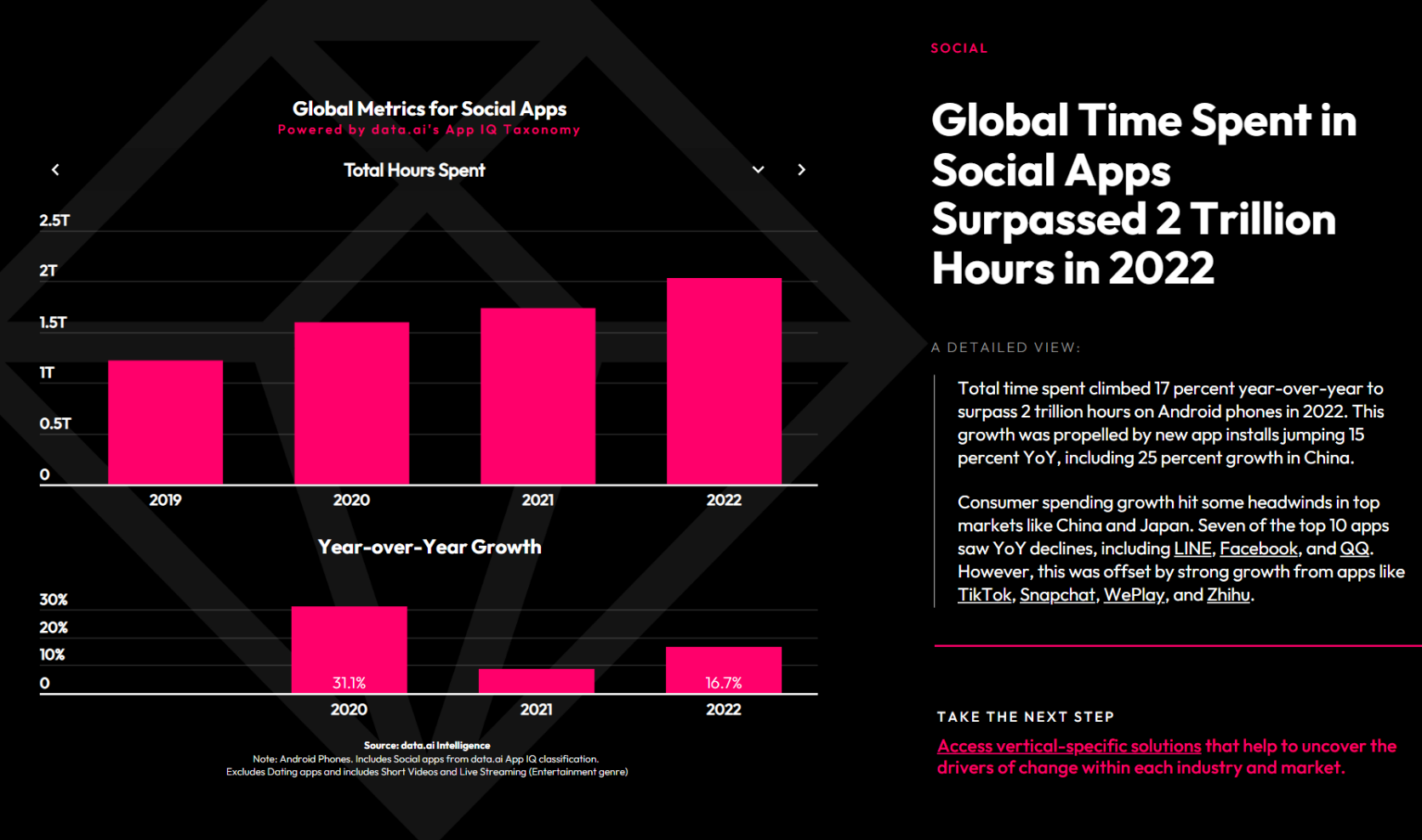 There are a number of metrics that can be used to determine how successfully various platforms are performing, and perhaps the most important metric of all is that of time spent on the app. The platform known as Data.ai just put out a new report that highlights major trends on that front, and it revealed some very positive signs with all things having been considered and taken into account.

One of the biggest breakout sensations of 2022 turned out to be BeReal. Even though the app is not going to be cracking any top ten lists anytime soon, it managed to gain a whopping 5.3 million users in August of 2022 alone. That makes it the fastest growing app in the US based on the last five years.

In spite of the fact that this is the case, BeReal is still not all that big of a match for platforms like Meta. Meta has so many different apps and platforms that it is able to tackle a wider swathe of users. That makes it easier for Meta to boost its metrics than might have been the case otherwise.

With all of that having been said and now out of the way, it is important to note that TikTok has also been gaining a lot of ground as of late. The Chinese social media app has transformed the industry by focusing on short form content, and its growth rate remained rock solid in 2022. If we look at things purely from an app revenue point of view, TikTok ended up winning 2022.

TikTok has managed to boost its in-app revenue through the introduction of coins. This currency allows users to give coins to creators that they like. In-app currency is useful because of the fact that this is the sort of thing that could potentially end up making it a lot easier for fans of particular creators to contribute to their careers financially.

The 16,500 coin package costs around $250, and even though it represented just 0.8% of the total volume of sales, it accounted for roughly 23% of TikTok’s in app revenue for 2022. The $5 package which nets users around 330 coins was the most popular one, with 16% of TikTok’s sales volume coming from this package.

Another platform that has performed reasonably well in this regard is Snapchat. The launch of Snapchat+ as a premium service has given users a lot of unique features, and it has also received a fair amount of popularity. 12.1% of Snapchat users went for the annual subscription, which made up around half of Snapchat’s in-app revenue.

One thing that can be noticed in this report is that the US has finally outstripped Japan and China in terms of in-app spending. Additionally, users spent over 2 trillion hours on social apps in 2022. This record breaking statistic suggests that social media apps have a lot of room left to grow. It will be interesting to see what next year’s results look like, because Elon Musk’s experiments with Twitter Blue still haven’t’ been factored in. Meta’s fall from grace will also seem more pronounced by the end of 2023. 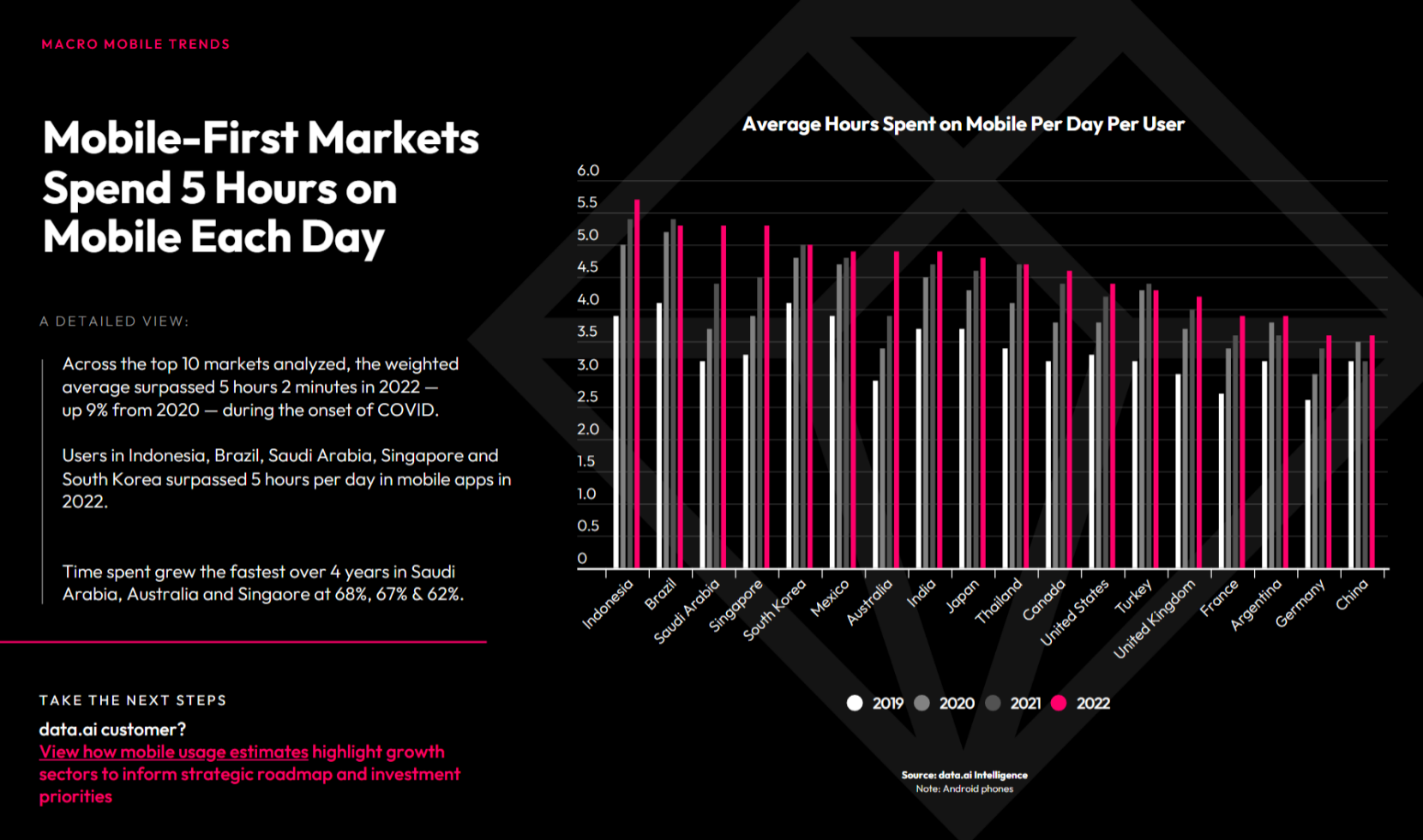 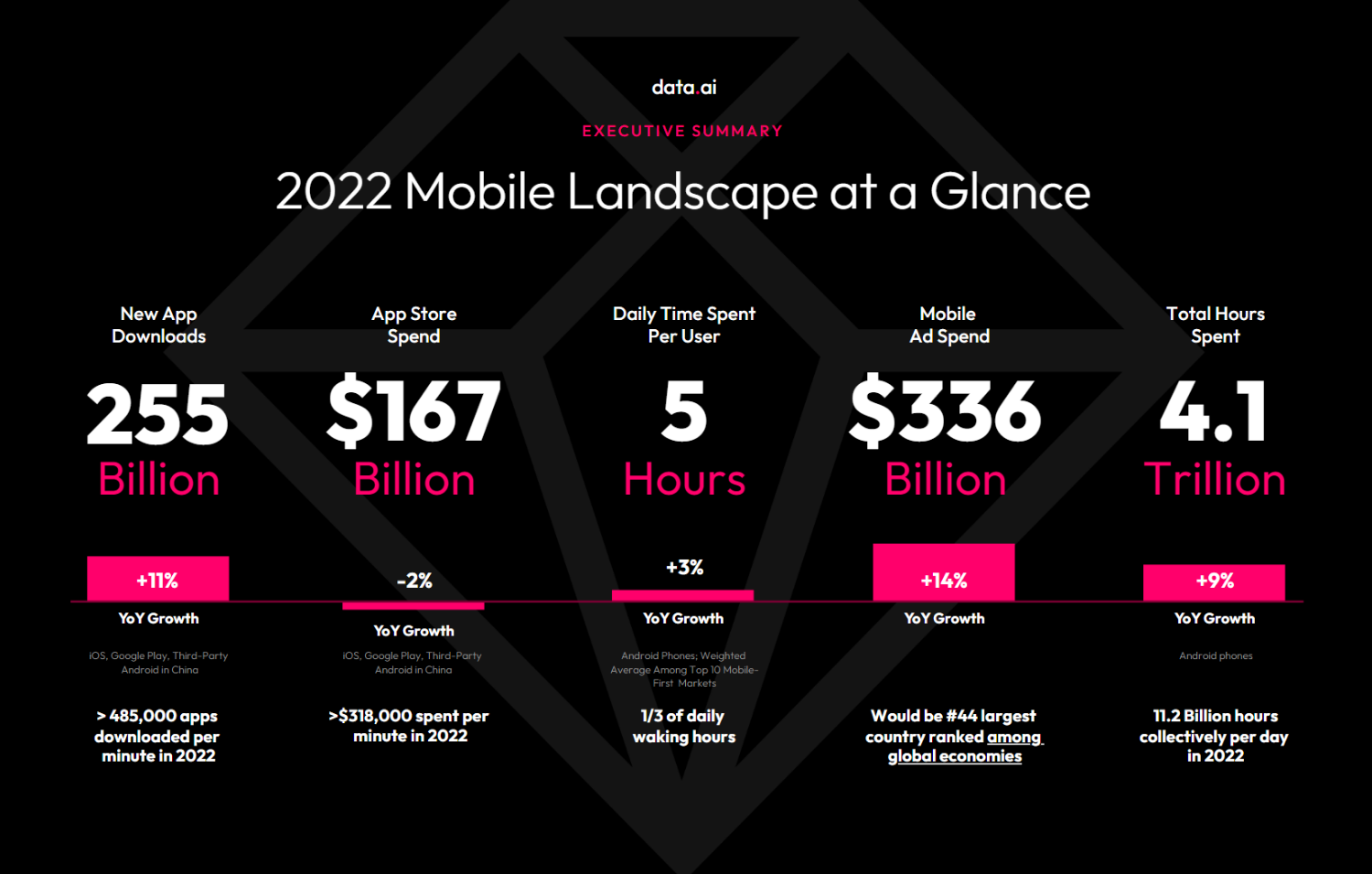 Read next: Online Shopping is Getting Cheaper with 1.6% Price Drop Year over Year