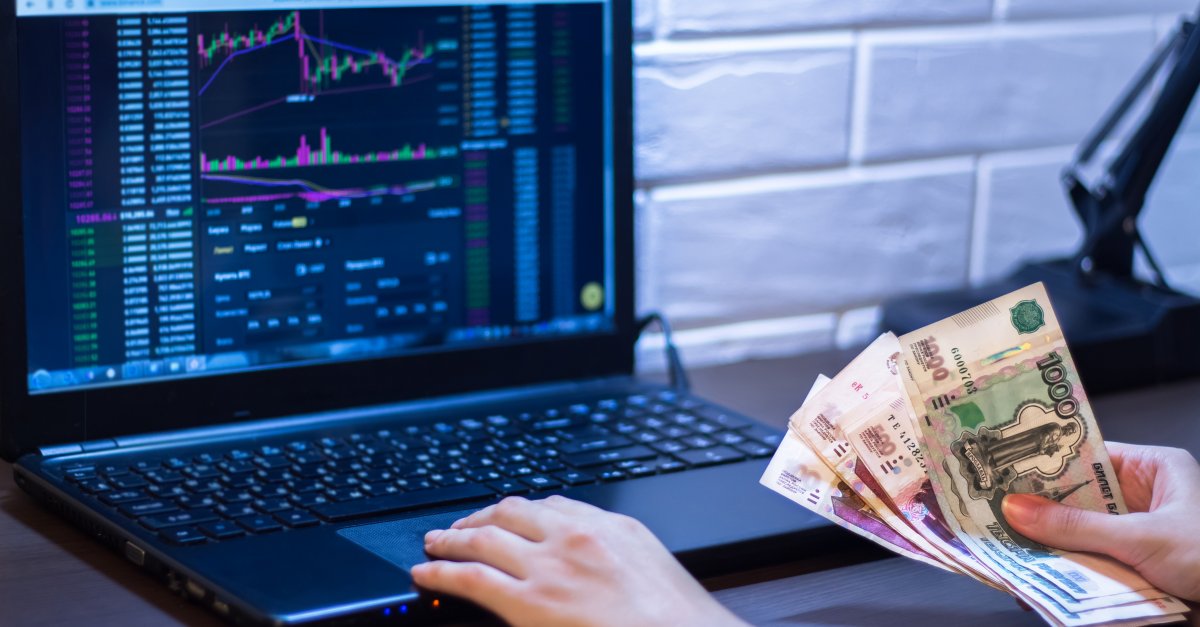 As tensions between Russia and Ukraine are only growing, the Russian cryptocurrency market has been going through quite a journey.

With bitcoin’s (BTC) value dropping to $34,750.15 on 24 February 2022, the day when Russia invaded Ukraine, to surpass $40,000 by 1 March, long-term sentiment surrounding Russian digital currency is quite volatile.

As crypto companies are deemed unable to resist sanctions against Russia any more and the country’s richest men are using crypto to evade sanctions, what is the latest news surrounding the Russian crypto market?

Bitcoin and other cryptocurrencies are resurfacing following a dip in the market during the last week of February amid the Russian invasion of Ukraine. 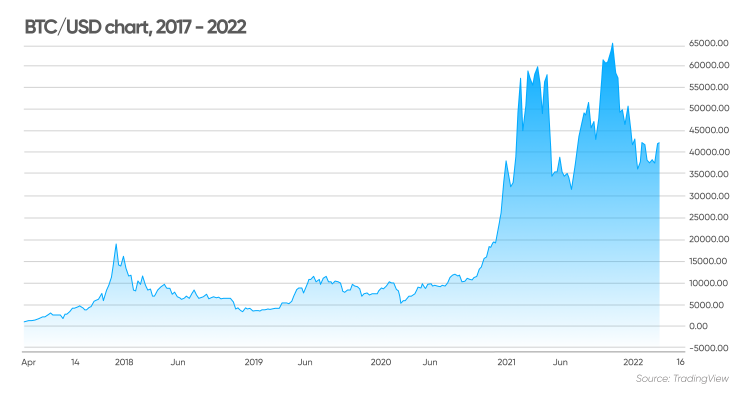 However, following such an extreme decline in value, cryptocurrencies managed to resurface, gaining much of their value back by the start of March, despite the outbreak of the military conflict in the region.

“As the war between Ukraine and Russia intensifies, bitcoin and other cryptocurrencies have risen throughout last week, with BTC climbing back above $40,000, a level that remains as critical support,” DailyFX analyst Tammy Da Costa told Capital.com.

Experts are pointing out that the recent rise in crypto prices could be linked to the fast-falling rouble, which on 1 March dropped by around 30% against the dollar, as the West tightened sanctions against Russia.

“At a time when the rouble has significantly dropped in value, cryptocurrency could be a safe store of value for the people, especially in light of the rouble’s further devaluation. Crypto as a safe haven for people with financial crises is becoming more popular, such as it is in Turkey and Venezuela, for example,” IoTeX chief business officer, Larry Pang, noted.

As the number of companies pulling out of Russia keeps growing, with large firms such as Apple (AAPL), McDonald’s (MCD) and IKEA stopping their services in the country, many crypto exchanges are refusing to give in to the pressure and shut down Russian accounts.

While it was unclear at first whether cryptocurrencies were part of the extensive sanctions put in place against the Russian Federation, the European Commission issued a statement on 9 March underlining that the sanctions placed against Belarus and Russia always included digital assets.

“The EU confirmed the common understanding that loans and credit can be provided by any means, including crypto assets, as well as further clarified the notion of ‘transferable securities’, so as to clearly include crypto-assets, and thus ensure the proper implementation of the restrictions in place,” the statement confirmed.

A few days prior, crypto exchange Coinbase (COIN) blocked 25,000 wallet addresses that linked back to Russia, which were assumed to be engaging in illicit activity.

In a statement issued by Coinbase’s chief legal officer, Paul Grewal, the firm noted that it is committed to complying with sanctions.

“Sanctions play a vital role in promoting national security and deterring unlawful aggression, and Coinbase fully supports these efforts by government authorities. Sanctions are serious interventions, and governments are best placed to decide when, where and how to apply them,” Grewal said.

Lead insights analyst at Blockware Solutions, Will Clemente, told Capital.com that financial sanctions placed against a country can play a vital role in diminishing its power.

“The heavy sanctions placed against Russia, specifically the freezing of Russian reserves and locking out of SWIFT, is a huge signal to the world that financial restrictions can be used as a weapon, no matter how large the country being targeted. This increases the value proposition of bitcoin as a trustless decentralised bearer asset that cannot be seized by anyone.”

However, not all crypto firms are following in Coinbase’s footsteps. Binance CEO and co-founder, Changpeng Zhao, for example, said on 2 March that his firm would not be banning transactions by Russian users.

In an interview with the BBC Radio 4 Today programme, he stressed that the company differentiates between Russian politicians who start wars and the general population.

Pang also agreed with Zhao’s viewpoint: “It’s important to separate government and everyday people in the discussion of the Russian cryptocurrency market and banning users.”

In more recent news, Japan ordered crypto companies to stop processing transactions that were linked in any way to Belarus and Russia, following a statement released on 11 March by the Group of Seven (G7) countries that said Western countries “will impose costs on illicit Russian actors using digital assets to enhance and transfer their wealth”.

G7 leaders believe that Russian entities could be using crypto to evade sanctions, thus calling for stronger measures that specifically target blocking the accounts of Russians.

“We commit to maintaining the effectiveness of our restrictive measures, to cracking down on evasion and to closing loop-holes. Specifically, in addition to other measures planned to prevent evasion, we will ensure that the Russian state and elites, proxies and oligarchs cannot leverage digital assets as a means of evading or offsetting the impact of international sanctions, which will further limit their access to the global financial system,” the G7 said.

This idea was further pushed by United States Senator Elizabeth Warren, who warned a Senate committee hearing on 17 March that “Russia can evade ALL sanctions by moving ALL its assets into crypto”.

According to data from Coin Dance, from 19 February until 19 March spending on BTC using rubles increased by 98%.

An exclusive report  from Reuters also noted that crypto companies in the United Arab Emirates were hit with a number of requests from Russian clients asking to conduct crypto transfers. CEO of Asset Management company Praefinium Partners LTD and investment expert Alpesh Patel told Capital.com that he, too, has heard such rumours circulating in Dubai’s tech circles.

Pang added that geopolitical issues like the Russia-Ukraine war have highlighted the need for decentralised products and services.

“The essence of Web3 is open access to all without discrimination or prejudice. The separation of monetary systems or traditional financial systems from Web3 sheds light on decentralised money for the common person,” Pang said.

“Many have speculated that the Russian government began stockpiling bitcoin and other cryptos for several months preceding the invasion. That sheds a different light on this separation between traditional banking systems and cryptocurrency markets. In this sense, cryptocurrency, especially privacy non-traceable cryptos like Monero, could be a way to skirt sanctions.”

As the US and Europe have imposed sweeping restrictions on Russian cryptocurrency in response to its invasion of Ukraine, long-term sentiment remains uncertain.

Combined with the Bank of Russia proposing a ban on the use and mining of cryptocurrencies on Russian territory, it could put the state in quite a pickle.

Global brand and business manager of crypto company HOKK Finance, Mark Basa, told Capital.com that while news like this tends to blow up and deflate investor feelings, there is a high possibility of the market recovering and bouncing back stronger. This is especially evident in the rise of bitcoin’s value this past month.

“What I would say is a stronger indicator on the future of the Russian crypto market outside of TA (technical analysis) and investor feelings are the attitudes and strategy towards what the Russian government does with crypto and how the government will support its people in adopting a digital rouble. The question is: how far can Russia get away from its relationship with the USD and fiat currency in general to thrive as a nation,” Basa added.

Da Costa noted that if tensions subside, BTC prices could break out of the current range, while Clemente commented that the current situation could have opened doors for further BTC adoption.

“Long-term, I think this situation, plus the Canadian freezing of bank accounts (regardless of your political views of the situation) to a lesser extent, have both shown the use case for BTC and will lead to further adoption. It is possible to see sanctioning around the crypto on/off ramps (exchanges) for Russian citizens, and seeing the emergence of in-person crypto dealings is likely if that takes place.”