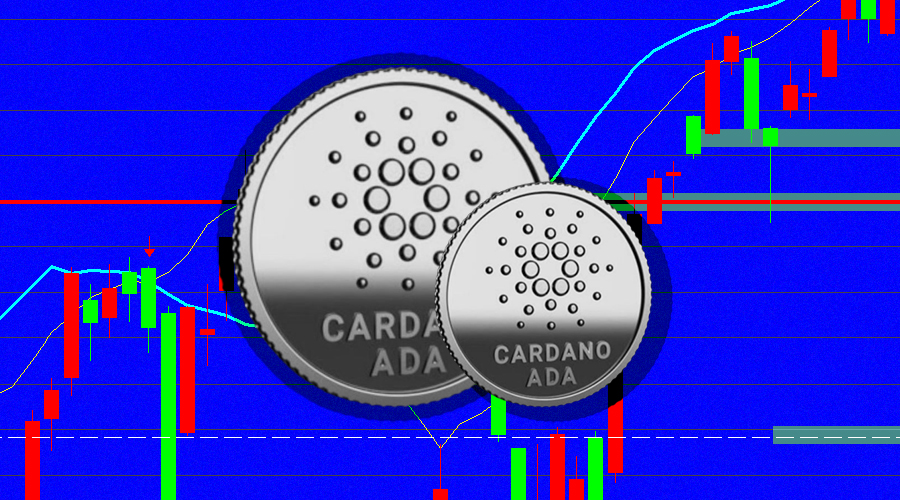 Cardano got slammed by 53 fintech experts in a July 2022 price prediction.

The panel of industry specialists slashed their previous end-of-2022 prediction for the price of Cardano down to $0.63.

The recent ADA price in July of $0.5 gives ADA a forecasted of just 26% by the end of the year.

Back in January, these specialists gave Cardano a price prediction of $2.79.

Read on to see the reasons for and against buying Cardano this summer of 2022.

If you’d also like to learn about an altcoin primed for much greater ROI – EverGrow – then it’s all here for you below.

Why did ADA get such a low price prediction?

The main bone of contention was this: ADA has competition.

Cardano is primarily a blockchain platform which means it’s up against immediate rivals like Avalanche, TRON, Polygon, Polkadot, Solana, BNB Chain, and Ethereum.

Ramani Ramachandran, CEO of Router Protocol, said that Cardano will either become the world’s most decentralised blockchain or it will become ‘nothing’.

“There will be no middle line,” he said.

Charles Silver, executive chairman for Permission.io, predicted ADA would fall to $0.20 by the end of 2022 saying there was ‘use case’ for Cardano.

Other panellists said that Cardano was slow in its delivery of updates and falling behind its rivals in terms of attracting projects and developers.

Why does Cardano have such a low TVL?

According to DeFi Llama, Ethereum is the clear blockchain leader with $52.37 billion in total volume locked (TVL).

This is an important indicator for blockchain networks because it’s an indication of how many projects, protocols and dApps exist on the platform.

Cardano was proud to hit over 1760 days without a network outage thanks to its scientific, rigorous approach to blockchain technology – Solana meanwhile had two whole outages in June alone.

However, while DeFi llama can find just 12 projects built on Cardano it lists 70 built on Solana.

It depends at what price you buy Cardano in July 2022.

Evidently, buying Cardano when prices fall is key to a successful ADA investment this July 2022.

But this is about to change – fast.

Here’s what you need to know:

Let’s look at the math.

The EverGrow website comes with a range of calculators built by dedicated followers to the project.

For example, the Sleek Finance calculator throws up the following scenario:

How EverGrow aims to boost trading volume in a bear market

The potential for ROI from EverGrow is huge – but the daily trading volume needs to come in.

EverGrow is tackling this problem by developing a suite of applications that incentivise $EGC purchases and bring exposure to the project.

Here’s an overview of developments:

But that’s not all.

Wouldn’t it be great to get a stake in these cutting-edge applications?

If you hold $EGC, you already do.

All profits from the applications will be put towards buyback and burn – to date, more than 53% of the initial $EGC supply has been permanently removed from circulation already.

EverGrow can do this because all core development members and the chairman only make a salary from BUSD rewards like every other investor. They don’t pump and dump, they publish their wallets regularly for audits, and they show investors the way towards crypto passive income.

Investing in small cap cryptocurrencies is a great strategy for explosive ROI.

For EverGrow to break the crypto top 50 it needs a market cap of $1 billion. That would mean a growth of 1,329% from current levels.

Imagine if Cardano grew that much?

The Cardano market cap would have to swell to $226 billion – i.e. overtaking Ethereum, Tether, USDC, BNB, BUSD and XRP.

That kind of growth is very unlikely to happen.

But a small cap cryptocurrency like EverGrow could easily bring such great ROI and still have room to keep on growing. In fact, EverGrow aims to break the top 20 cryptocurrencies by market cap within the next two years.

If you’re looking for a small cap cryptocurrency to bring you ROI beyond that which Cardano can bring, add some EverGrow to your crypto portfolio.