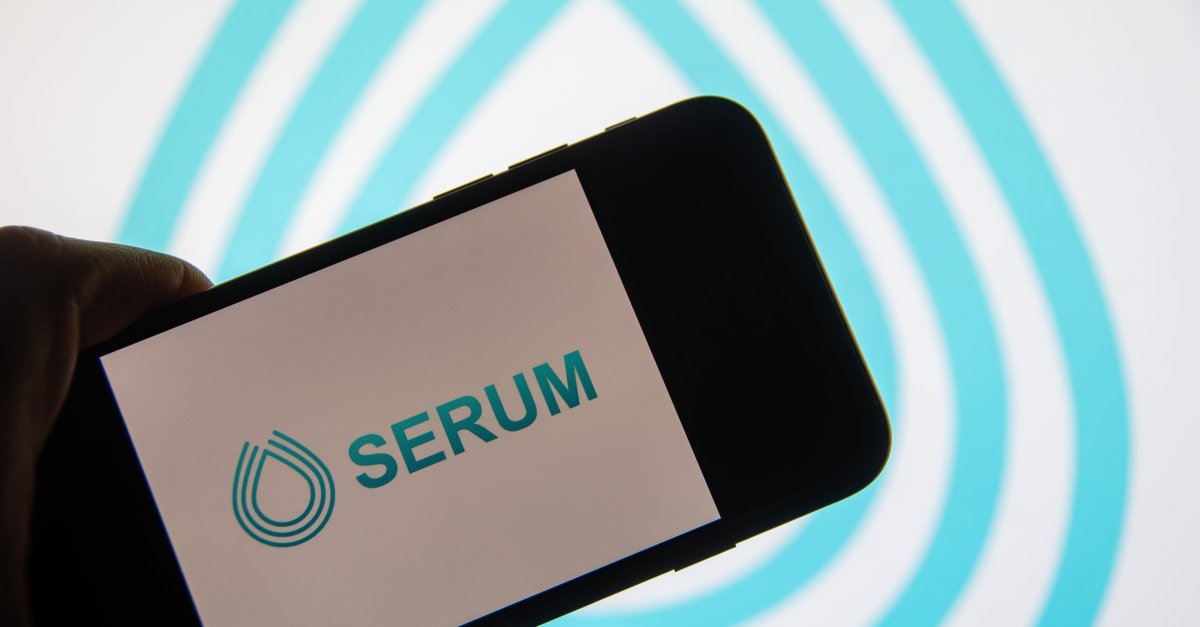 The Serum decentralised exchange (DEX) became “defunct” in November after the collapse of the FTX (FTT) exchange left it without its biggest backers.

In spite of that, the platform’s native token, SRM, is still being traded, so there is still some hope following the announcement on 29 November, backed by an ongoing plan to fork the crypto.

That said, what is serum (SRM)? Let’s examine the crypto and take a look at some of the serum price predictions that were being made as of 6 January 2023, too.

If a cryptocurrency is to have any value at all, then it needs to be able to be bought, sold or traded. The most common place for this to happen is on a crypto exchange. There are ultimately two kinds of crypto exchange.

The most common is a centralised exchange (CEX), which are established and run by de facto organisations. People are only able to operate with the currency pairs that the exchange lists. Most of the time, people need to go through Know Your Customer checks before they can start operating.

The restrictions of CEXs mean that there is another kind of exchange, the decentralised exchange, or DEX. These allow people to trade whatever coins and tokens they want, although a DEX can be more complicated to use than a CEX.

Decentralised exchanges, as their name suggests, are all part of the wider world of decentralised finance (DeFi). There are billions of people in the world who have no bank account, but who do own a mobile phone. And they still need access to financial services.

This is, ultimately, one of the key drivers behind both cryptocurrencies and the world of blockchain technology as a whole. If people without a bank account can access savings and loans, DeFi supporters say, there will be more financial inclusion, which can only be a good thing. Since cryptocurrency is designed to take control away from centralised institutions, then DeFi is the concept at the heart of crypto.

Serum was one of the many DEXs set up over the past decade or so. The platform operates on the Solana (SOL) blockchain and is permissionless, which meant that two users can carry out a transaction without having to gain the permission of a central authority figure on the network.

Solana was picked, at least in part, because it had a reputation for being fast and, as a result, cheap to use, meaning that Serum’s users should not have had to worry too much about high transaction fees. However, as we will see later on, this may well have ended up causing problems for SRM.

The platform utilised a limit book and matching engine in order to help transactions take place. This meant that the system’s customers could decide how big a trade was and the price that the trade would go for.

“Serum lives in the heart of the ecosystem, providing services to its ecosystem applications, each with their own technology and set of users. Anyone can create a trading application that leverages Serum’s liquidity and its ecosystem benefits.

“Retail traders, developers, and algorithmic traders can all connect to Serum and leverage its shared liquidity, or build a marketplace.”

Every blockchain-based platform needs its own crypto, and Serum had the serum token, also known by its ticker handle, SRM. The crypto was used to give holders a discount on fees on the network. In addition, people who held SRM could take part in votes on changes to the network.

There were no official founders of SRM listed, which might have deterred potential investors who wanted to know who they can hold accountable for the crypto’s performance.

However, according to the whitepaper: “Project Serum is built by the Serum Foundation, a group of experts in cryptocurrencies, trading, and decentralised finance. While they have built the Serum protocol, it is permissionless: they do not hold special power any more.”

Because SRM is based on both the Solana and Ethererum (ETH) blockchains, it is a token, rather than a coin. You might see references to such things as a “serum coin price prediction” but such terms are, technically speaking, wrong.

While past performance should never be taken as an indicator of future results, knowing the SRM price history can help give us some much-needed context when it comes to either interpreting a serum price prediction or else making one of our own.

Things went downhill for SRM in 2022, much as they did for the crypto market as a whole. The token experienced peaks and troughs in the first few months of the year but, following the depegging of the UST stablecoin and the collapse of the associated LUNA cryptocurrency, serum plunged to $0.9794 on 12 May 2022.

Things got worse the next month when the Celsius Network (CEL) crypto lending platform cancelled withdrawals and SRM dropped to $0.7517 on 19 June 2022.

There was a recovery after that, with the token breaking back past the dollar level, but in the middle of August it fell down and by 29 September 2022, serum traded at a daily low of $0.75.

Things then seemed to be on the up in early November, with SRM reaching a high of $0.869 on 5 November, but then the collapse of FTX saw it drop to $0.1707 on 14 November. After that, there was a recovery followed by another fall and it closed the year at $0.1428.

At that time, there were just over 263 million SRM in circulation out of a total supply of a little under 1.1 billion. This gave the token a market cap of around $41m, making it the 361st-largest cryptocurrency by that metric.

Let’s now take a look at some of the serum price predictions that were being made as of 6 January 2023. It is important to remember that price forecasts, especially when it comes to something as potentially volatile as cryptocurrency, often end up being wrong. Many long-term crypto price predictions are made using an algorithm, which means they can change at a moment’s notice.

How much you trust the CoinArbitrageBot forecast for 2023 will depend on whether, having made sure to do your own research, you believe that the token can grow by more than 800% over the course of the next year or so.

Finally, Wallet Investor had a rather more downcast and bearish serum price prediction for 2023. The site said that the token’s price could fall away over the next year, and that it could have sunk to just $0.0144 by January 2024.

When considering an SRM token price prediction, it is important to keep in mind that cryptocurrency markets remain extremely volatile, making it difficult to accurately predict what a coin or token’s price will be in a few hours, and even harder to give long-term estimates. Analysts and algorithm-based forecasters can and do get their predictions wrong.