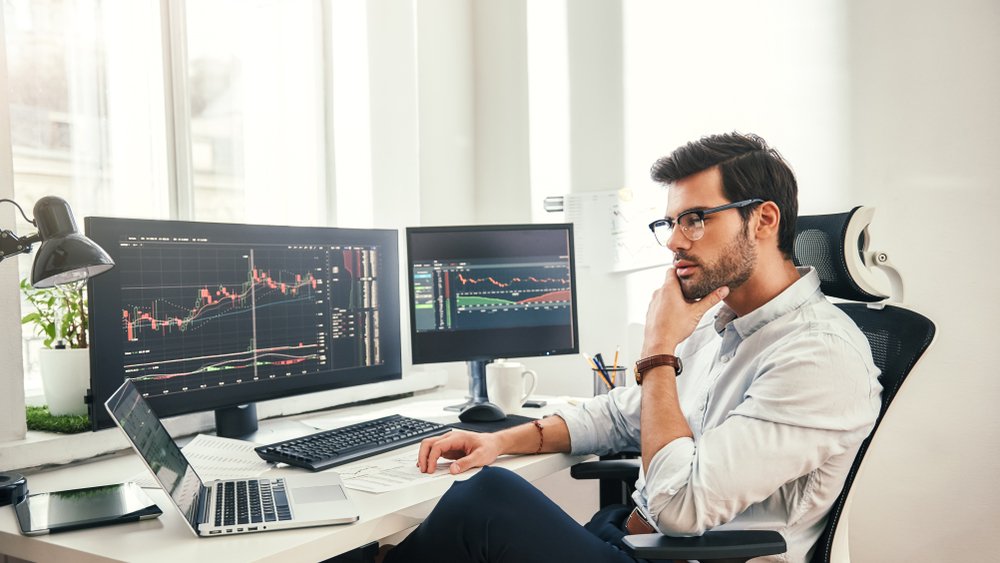 Over the last few years, few terms have become as prevalent online as “The Blockchain”. In fact, between 2017 and 2020, the demand for blockchain developers skyrocketed by an astounding 2,000%, especially within the online crypto casino industry, known for its rich selection of games, ranging from slot machines and live games up to thrilling blackjack tables. While that exponential growth has slowed a bit, the industry as a whole is only growing and there is an ever-expanding need for highly-educated workers to shape the technologies of the future.

The blockchain has evolved far beyond just cryptocurrencies and more and more schools are jumping on board to make sure that their students are as well-prepared as they can be for the changing job market. Of the top 46 schools in the US, over 70% currently offer some sort of blockchain course.

With that kind of selection, it can be hard to know you’re making the best choice. Here are seven of the very best choices for a blockchain education.

Any talk about universities and technology has to start with MIT. As one of the most prestigious and trend-setting technical institutes the world over, MIT has been the birthplace of some of the 20th century’s most iconic tech—everything from RADAR to the internet can be traced back to the labs at MIT. With that kind of reputation, it’s no wonder that they’ve also been at the forefront of developing the latest round of blockchain technologies.

MIT currently offers more than 10 different blockchain courses under its Digital Currency Initiative. The DCI aims to “create a future in which moving value across the Internet is as intuitive and efficient as moving information” and they’ve been working hard to bring together the brightest minds at MIT to support the development of blockchain technologies.

MIT has also long been an advocate of free education. To that end, two of their programs—Cryptocurrency Engineering and Design & Entrepreneurs without Borders—exist as completely free online courses.

The granddaddy of US colleges, Harvard is the oldest university in North America and has earned its reputation as the nation’s very best university year after year. Harvard has produced the most living billionaires, U.S. presidents, and Nobel laureates of any US school and also boasts the highest percentage of students who established careers in the blockchain industry.

While MIT has always focused on technology, Harvard has been home to business and law. To that end, the school’s courses are more limited and tend to reflect its history. Harvard offers a six-week course on FinTech aimed at showcasing its impact on banking, real estate, and other industries as well as a single course on Blockchain and Bitcoin under its computer science program.

However, what Harvard might seemingly lack in formal courses, it more than makes up for with its wide selection of free online courses. The school has partnered with Coursera to provide six free online courses on blockchains and cryptocurrencies. These offerings range from introductory courses in blockchain technology to intermediate programs that showcase the technology’s real-world applications. Furthermore, Harvard’s cyberspace research center and business school also commit a portion of their studies to FinTech, and law students can join the Harvard Law School Blockchain and FinTech Initiative.

UC Berkeley is one of America’s most highly-respected public colleges. With a history of proven research and strong academic programs, it has one of the highest reputations in the global blockchain industry. In fact, they have devoted an entire initiative to blockchain technology offering two to three courses a year and have dedicated substantial research to blockchain and FinTech. This research goes deeply into the regulatory landscape of the blockchain, the technology’s impact on government and medical sectors, and the incentives in emerging networks.

UC Berkeley provides three programs focused on lattice-based cryptosystems, emerging systems, and blockchain fundamentals. Further, the school uploads free lectures on FinTech, blockchain, and cryptocurrencies on its “Blockchain at Berkeley” YouTube channel. UC Berkeley’s Blockchain Fundamentals program is run in partnership with Edx and is open to all learners.

The third Ivy League school on the list, Cornell University has long been highly regarded in the realm of FinTech as it offers the most blockchain courses among all American universities. Cornell currently offers two certificate programs on blockchain and FinTech consisting of a total of eight unique courses. Further, the university also offers 12 blockchain courses and nine FinTech courses. Cornell also offers a range of free online lectures and seminars through their video-on-demand service from blockchain visionaries like Ethereum founder Vitalik Buterin as well as some of the field’s biggest names including Emin Gün Sirer, Andrew Miller, and Dr. Ittay Eyal.

Getting outside of the US, the University of Oxford is one of the oldest universities in the entire world with a history going back nearly 1,000 years. In that time, they have produced 28 UK Prime Ministers, 20 Archbishops of Canterbury, 12 saints, 27 Nobel laureates, 50 Nobel Prize winners, and one Sir Stephen Hawking. It’s pretty hard to beat Oxford when it comes to pedigree and reputation.

Even an institution as ancient and lauded as Oxford, though, has made its way into the 21st century. Oxford University Press routinely publishes articles on blockchain technology, cryptocurrencies, and FinTech, and the school also offers several courses that touch on subjects like software engineering and management through the lens of blockchains and FinTech. Oxford is also home to the Blockchain Research Center which seeks to “use blockchain and related technologies to create a securer, fairer, and more transparent decentralized society that transcends national boundaries while respecting local laws and regulations”.

Oxford has multiple note-worthy programs which are ideal for beginners. Their blockchain program explores the technology’s potential to alter the landscape of countless industries, including pharmaceuticals, energy, and telecommunications. Meanwhile, Oxford’s FinTech starter program covers themes such as digital platforms, banking networks, the digitization of currencies, and cryptocurrencies. Both programs run for six weeks and are run in partnership with Esme Learning.

NUS is one of Asia’s most well-respected institutions for higher education. Renowned for its dynamic research, diverse areas of study, and academic excellence, it’s one of Asia’s leading destinations for cryptocurrency education. NUS has a strong focus on providing solutions to real-world problems with blockchain technology. They have built a lab dedicated to FinTech that studies applications for various industries and the school is currently working on building a virtual banking ecosystem within NUS.

The university offers a range of programs—some as short as two days. NUS offers a two-month FinTech certificate program featuring professional certification and a special traineeship upon completion. They also provide an array of courses focusing on practical uses for FinTech such as payments, distributed ledgers, banking and enterprise applications, and innovation in financial services.

The University of Nicosia (UNIC) is Cyprus’ largest higher education institution and one of the biggest in Southern Europe. They are also one of the most progressive when it comes to cryptocurrencies and blockchain technologies. UNIC offers students a program in digital currency that is comprised of 10 courses, two of which are formal graduate degrees.

UNIC offers the first master’s degree in digital currency in the world, covering topics like money and banking, financial systems, and disruptive innovations. In addition, their master’s degree in computer science touches on the relevance and application of blockchain technologies.

UNIC also runs a free fintech course online catering to more than 30,000 students from over 80 countries. This course is open to the public and serves as an introduction to the university’s master’s, certificate, and professional courses. The course covers digital currency basics, bitcoin, blockchain applications, and tax regulations. Upon completion, credits will be received should a student pursue one of the two blockchain-oriented master’s degrees.