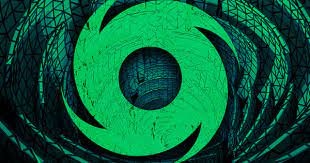 Blockchain security company CertiK issued a warning after discovering that a Raydium protocol exploiter had delivered 1,774.5 Ether to the mixer. At the time of writing, the amount is worth approximately $2.7 million.

Funds continue to flow to the authorised cryptocurrency mixer Tornado Cash even as security personnel from several exchanges fight off the efforts of hackers.

On December 16, 2022, an attack was launched against the Solana-based decentralised finance (DeFi) protocol. The developers claim that the exchange’s owner’s account was compromised by hackers, who then withdrew the liquidity provider cash, which included a variety of digital assets such USD Coin, Wrapped Solana (wSOL), and Raydium (RAY).

The DeFi protocol concluded after the initial research that the exploit resulted from a flaw in the decentralised exchange’s smart contracts.

The Raydium team also put up a plan to reimburse anyone who had suffered losses as a result of the hacks, using the treasury of the decentralised autonomous organisation to replace tokens that had been lost.

The blockchain analysis company Chainalysis said in a report published on January 9 that while Tornado Cash sanctions had some impact on the mixer, no organisation can “draw the plug” as quickly as centralised services. Its smart contracts can continue to run even when its website is shut offline, demonstrating that anyone can utilise it at any moment.

While hackers are still actively moving money, their efforts don’t always pay off. Recent accomplishments include the detection and freezing of cash placed by the Harmony One hackers by centralised cryptocurrency exchanges Binance and Huobi. Changpeng Zhao, the CEO of Binance, revealed that Huobi’s security team worked with theirs to recover 121 Bitcoin, which was stolen by hackers and was worth $2.5 million at the time.