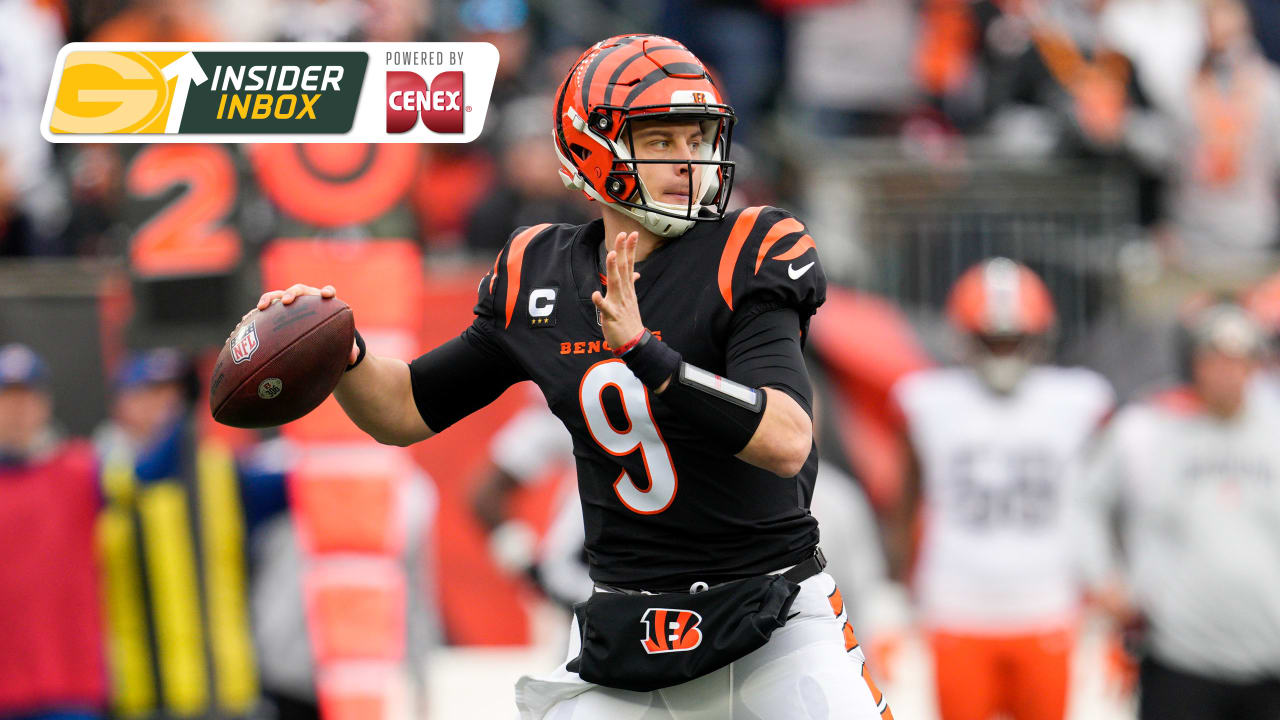 I have to disagree with Vinny from Arlington regarding the seventh seed producing more division matchups in the playoffs. They are important games in the regular season and seeing them again in the playoffs only intensifies rivalries. I think that is the only good thing about the addition of the No. 7 seed. Two of the three matchups last weekend were one-score games and who is not looking forward to Giants-Eagles?

Anyone who attended Green Bay’s wild-card win over Minnesota in January 2013 knows how much that win meant to Packers fans. Listen, I just want to see the best teams playing in January. To me, it doesn’t matter which division those teams come from. I’m sure we’ll have four teams from the same division make the postseason soon enough. I just want to watch football, with or without pomp and circumstance.

I’m predicting 49ers vs. Bengals for the big game, who is your pick?

San Francisco and Buffalo. I’m still wary of the Bills and Josh Allen’s ability to protect the football, but something tells me this is their year.

A follow-up to Jason from Austin’s question about the Bengals having to play in Buffalo. I understand that the Bills had the better record, although if the Bengals had beat them, they would have been the No. 2 seed. I can live with that decision. But why did they give the Ravens a chance for a coin flip to decide home field if they had beaten the Bengals in the final game of the regular season after the Bengals had a better record and had already clinched the division, guaranteeing a home game?

I didn’t score high enough on the ACT to process the adjusted home-field tiebreakers, let alone opine on the rules. The NFL and NFLPA were forced to make a difficult call after Damar Hamlin’s injury, but I believe they made the best, and most tasteful, decision for all parties. Everything worked out in the end and now Buffalo and Cincinnati can finish their business.

As a person who has had one shoulder surgery on each of my shoulders, I think Jalen Hurts is still injured and will end up getting shoulder surgery in the offseason. An injured shoulder often does not show up using current MRI technology.

And that’s why I’m reluctant to crown Philadelphia as the NFC champions. The Eagles have been a different team since Hurts injured the shoulder.

Hey guys, I say Jags vs. Cowboys in the big dance. Book it.

Doug Pederson vs. Mike McCarthy. I respect it.

Dean from Leavenworth, IN

After the Packers’ dismal loss to Detroit, I felt pretty low and wasn’t sure I wanted to watch any football for a while. Well, by Saturday, I was ready to move on and tune in. Surprisingly, I think I enjoyed those wild-card games more than I have in years and am equally looking forward to this weekend, as well. Turns out without any skin in the game that playoff football might be more interesting and enjoyable. Did you have any sense of the same?

I completely agree – and I can’t wait to watch this weekend. On paper, NFL “Semi-Duper” Wild Card Weekend didn’t look like a great slate of games, but it played out beautifully. Coincidentally, the game I was looking forward to the most (Dallas vs. Tampa Bay) was the most lopsided of the bunch. Maybe that means Eagles-Giants and Chiefs-Jaguars will surprise.

Thanks to Mike for his great piece on Bobby Tonyan and the human side of free agency, to which many of us can relate. Which of us in other (esp. non-union) professions haven’t “tested the market” to try to advance our careers, prompting our employers to “counter-offer” to potentially retain us? How many have wrestled with how to put a monetary value on workplace environment and friendships? No matter how much you love your employer, it can never love you back. But it can be kind.

It’s a lot to wrestle with. I know I’ve been on that side of the fence before myself, but at the end of the day, you have to do what’s in the best interest of your and your family’s future. Football doesn’t last forever, so I don’t fault anyone for getting what they’re worth. But there are other factors a player must consider, too, given the non-guaranteed contracts in the NFL. That’s part of the reason Tonyan came back last year.

I am no football offensive expert, but Bobby Tonyan seems to be an overlooked weapon. He is clearly worth his paycheck as a blocker. But couldn’t he be part of the answer to the red-zone and third-down woes? He is tall, athletic, smart, and good hands – perfect for when a few yards are needed.

It remains a mystery to me why Robert Tonyan wasn’t utilized more this year inside the red zone, especially with how effective Marcedes Lewis was on the goal line. You’d think Green Bay could’ve built off that. I still think Tonyan’s a talent and fits well into this system, but it all comes down to price.

Regarding the re-signing of Keisean Nixon, how do you think he will be valued? As a DB/return man? More return man than DB? From Nixon’s perspective, which one will be worth more? Appreciate all your insight!

I’m sure Nixon’s camp will be pitching him to potential suitors as both. There’s value in versatility and it’s tough for a vested veteran to get paid to just be a returner in today’s NFL. It helps Nixon’s case that he’s also a very good flyer and coverage tackler. His play in the nickel cornerback spot after Eric Stokes‘ injury won’t be ignored, either.

Concerning Luke’s comment about the challenge, I’m for keeping it. It has generated a few of the less boring commercials during games.

I’m for keeping the challenge system but I think the NFL needs to bring the shot clock back for reviews. There were way too many four-minute reviews this season. Do you have any idea how many lunches Spoff can steal in 240 seconds?