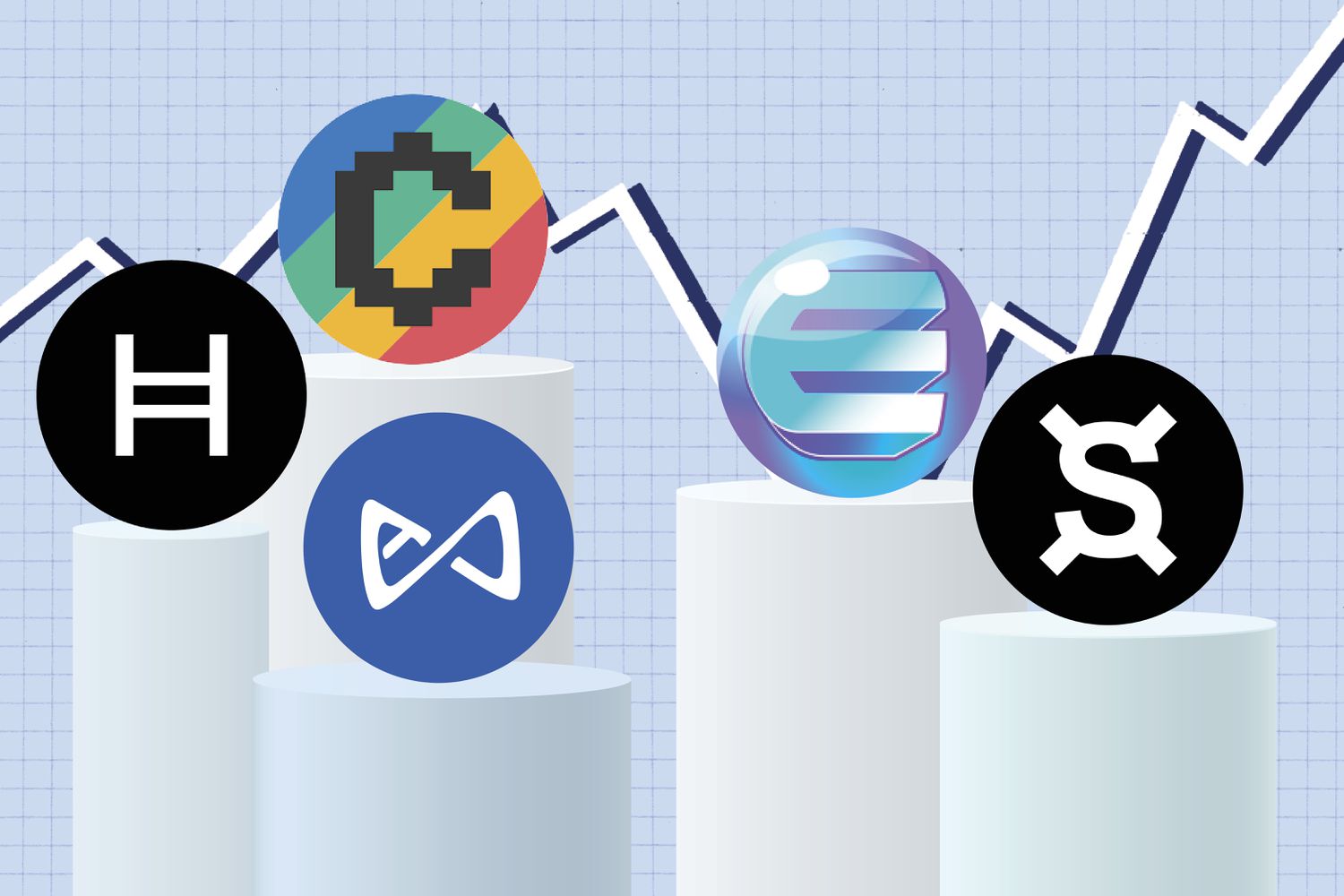 Keep an Eye on These Coins

The cryptocurrency market has finally broken out of its long slump—or so it seems. Bitcoin briefly crossed the $23,000 mark, and remains under $22,500. Similarly, other tokens have also shot up in value, with many looking like they are on the verge of a bull run.

Popular blockchain-based game Axie Infinity experienced a more than 50% price increase in its AXS token amid a 59% jump in the number of unique active wallets it has since the start of the year. That metric generally implies growth in the amount of gaming participation on the network.

The Hedera project underwent a lot of activity this week, which resulted in its token’s price going up by 34%. The likely primary reason for this is the fact that on-chain activity increased significantly, along with the total value locked (TVL) into its ecosystem. More than 26,000 smart contracts were deployed. The TVL for Hedera is nearly $38 million.

LG’s Art Lab NFT marketplace also announced that it partnered with celebrity restaurateur Jeremy Fall to release an NFT drop on Hedera. Fall is also known for his digital art among NFTs. The HBAR token is currently priced at around $0.068 (see chart below).

Convex Finance is a decentralized finance, or DeFi, platform that provides boosted rewards for staking CRV tokens. The price of Convex Finance’s CVX token increased by 29%, possibly thanks to growth in its Ethereum (ETH) staking platform, Frax Finance.

Users on the Frax platform take ETH derivatives and trade them on Convex, which results in a price boost for CVX. A week ago, CVX was valued at $4.14. It is now hovering at around $5.28 (see chart below).

The Frax Share (FXS) token experienced a 22% increase in price as a result of multiple listings on centralized exchanges. The token is currently trading for around $10 (see chart below).

The exchanges FXS listed include Bybit and BitForex. Frax Share also has posted growth in ETH staking, with the total amount close to crossing 70,000 staked ETH.

Enjin Coin (ENJ) went up by 23% following several development updates. ENJ is now priced at around 42 cents (see chart below).

Enjin announced an update for the War of Ants mobile game in its ecosystem, including several bug fixes. The team also announced a developer update that offered several improvements to the platform.

Investing in cryptocurrencies and other initial coin offerings (ICOs) is highly risky and speculative, and this article is not a recommendation by Investopedia or the writer to invest in cryptocurrencies or other ICOs. Because each individual’s situation is unique, a qualified professional should always be consulted before making any financial decisions. Investopedia makes no representations or warranties as to the accuracy or timeliness of the information contained herein. As of the date when this article was written, the author does not own the cryptocurrencies mentioned above.