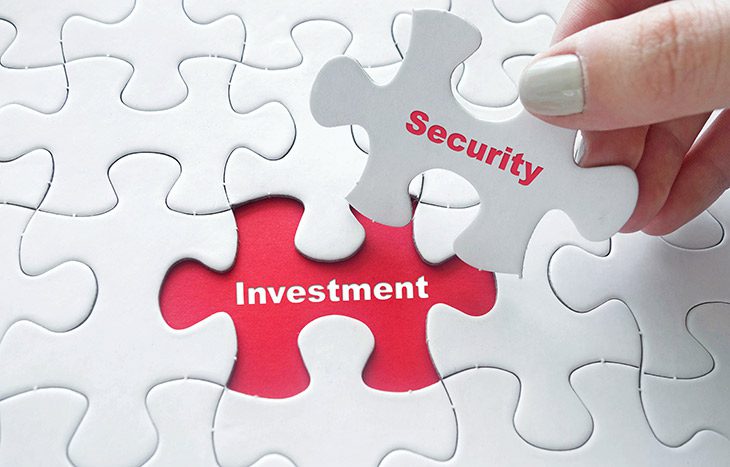 Coindesk reported on November 2 that Alameda is likely to be insolvent and that FTX and Alameda have been embezzling customer funds for their profit.

FTX and Alameda, under the control of SBF, obtained large loans from centralized lending institutions such as BlockFi and Celsius through counterfeit tokens such as FTT and SRM, sold the borrowed assets, manipulated the market, and acquired troubled lenders, all under the guise of “effective altruism” but in reality manipulating the crypto market for their profit.

In addition to manipulating the market, the collapse of FTX is caused by a combination of factors, which includes withdrawing a large amount of cash through counterfeit tokens, opaque capital flows and reserves, including embezzlement of user funds by collecting deposits through ultra-high interest rates and conducting financial operations using user deposits to extract every bit of profit in the market, as well as opaque capital flows and reserves. Some indications show that Alameda is also an important driving force behind the collapse of LUNA/UST.

When former Enron CEO John J. Ray, who had experience with bankruptcy liquidations of Nortel, Residential Capital, and Overseas Shipholding, took over the bankruptcy liquidation of FTX, he criticized the company’s poor management, including lack of proper records, inadequate security controls, use of an insecure email account for private key access and failure to provide a list of employees as of November 11. He also condemned the use of the software by FTX and Alameda to conceal misuse of company funds and failure to regularly reconcile blockchain positions daily.

Looking at the leopard, from the mouth of this expert, we can feel that the internal management and supervision of the FTX company are chaotic, and the company uses software to cover up the misuse of company funds. Then, it is self-evident that user funds have been misappropriated.

The rise of FTX is a typical financial fraud.

The collapse of FTX resulted in significant economic damage to investors, many of whom trusted the platform and either did not withdraw their funds or even bought more of the platform token FTT, due to its association with some of the world’s top centralized exchanges. These exchanges, which are responsible for safeguarding user assets, also faced trouble as a result of the chain effect of the FTX collapse, leading to further financial losses for crypto depositors.

However, amidst this disaster, some stand out in contrast to FTX’s irresponsible and problematic practices.

According to Nansen data on Nov 19, Binance, Coinbase, Kraken, Bitfinex, and Paxos, each processed more than $1 billion in cryptocurrency deposits and withdrawals in this chain of collapses of exchanges. Only these exchanges have been invincible in this black swan event because of their long-term dedication to users.

Level up your security with Bitfinex

In light of this, we introduce to you one of the most reliable platforms that is in no way associated with fraud or the ongoing situation. Bitfinex is a digital asset exchange that requires its users to complete a Know Your Customer (KYC) process as part of its compliance with anti-money laundering (AML) regulations.

The process involves collecting personal information from users, such as their name, address, and government-issued identification, to verify their identity. However, it’s important to note that the KYC process is a necessary security measure implemented solely for its users’ safety.

Although a lot of people have raised concerns about the KYC process being more extensive, it is important also to note that the platform’s KYC requirements are considered a security advantage for several reasons:

The FTX crash also shows that the platform’s security can be breached in many ways, like hacking or phishing scams. Having a robust KYC process in place can be seen as a higher advantage for users as it helps to ensure the security and integrity of the exchange. In the case of a security incident, such as the crash of the FTX exchange, having a verified identity can make it easier for users to recover their funds or take other necessary actions. As we all know, the business of keeping people’s funds is serious business. Additionally, requiring users to go through KYC can help to deter malicious people from using the exchange for illegal activities.

In summary, the KYC process may be perceived as complicated. Still, it is an important security measure implemented solely for its users’ safety to provide an added layer of protection for their accounts. The process helps to comply with regulations, increase account security, and improve dispute resolution. And Bitfinex continuously works to maintain and improve its security protocols as well.

Bitfinex even on November 9 announced that all Bitfinex customers through Basic Plus verification can easily deposit and withdraw Tether tokens.

Tether token deposits and withdrawals on Bitfinex will become more accessible. By completing the Basic Plus KYC verification, which only requires providing an official ID photo, selfie, phone number, and address, users can deposit and withdraw Tether tokens easily.

What impact will this have?

Bitfinex enables the deposit and withdrawal of Tether tokens for basic plus users.

What impact will the deposit and withdrawal of Tether tokens with a low KYC threshold have?  We also need to start with the utility of Tether tokens for the entire crypto world and the real world.

As we all know, USDt issued by Tether is one of the most important stablecoins in the crypto world. USDt is the earliest USD-stable currency. According to Coingecko statistics, the current market value of USDt is 65.9 billion US dollars, with the highest market share of stable currency. Therefore, USDt is also one of the most frequently used cryptocurrencies in the encryption market, and most centralized exchanges use USDt as the basic trading pair.

It is worth mentioning that to meet the needs of citizens of various countries for different types of fiat currencies and investments. Tether has also launched various fiat currency stablecoins based on USDt:

That raises the question of what confidence can make Bitfinex open low-threshold USDt deposits and withdrawals. The answer is sufficient liquidity reserves, a deep partnership with Tether, and long-term pursuit of financial freedom.

Low-threshold USDt withdrawals show that Bitfinex is responsible for user assets—users can withdraw their assets at any time, and the problem of running out will not occur.

On November 12, Bitfinex Chief Technology Officer, Paolo Ardoino, disclosed Bitfinex’s reserve certificate on GitHub. He listed a total of 135 cold and hot wallet addresses. In order to avoid the trouble of checking address information, Paolo Ardoino highlighted some important reserve assets, such as 204338.17967717 Bitcoins and 1225600 Ethereums to constantly assure users.

Bitfinex is the first centralized exchange to support USDt trading pairs. In 2015, users could wire US dollars to the bank account provided by Tether through SWIFT or exchange for USDt through the Bitfinex exchange. Today, Tether and Bitfinex have cooperated for nearly eight years. The deep and close cooperation has also given Bitfinex the confidence to open USDt deposits and withdrawals with low KYC thresholds.

Financial freedom is Bitfinex’s long-term pursuit. In addition to opening USDt’s low KYC threshold deposits and withdrawals, Bitfinex is also committed to helping El Salvador achieve mass adoption of Bitcoin, opening the door to a fairer world and promoting financial freedom all over the world.

And time is a sharp tool for testing centralized exchanges. Suppose a centralized exchange only relies on short-term high-interest rates to attract reserves or does not maintain awe of the market. In that case, the market will only eliminate it in the bull-bear crossing like FTX. Only those centralized exchanges that have crossed the bull and bear markets many times can continue the test of the mature market and survive in this market for a long time.

We mentioned above that Bitfinex is playing an important role in driving the mass adoption of Bitcoin in El Salvador. Sponsored by Bifinex, the Adopting Bitcoin Lightning Summit, a Bitcoin-native banking infrastructure that supports payments, wallets, and banks, was successfully held between November 15th and November 17th.

During the meeting on the 16th, Bitfinex released the Declaration of Freedom, describing Bitfinex’s vision for a new self-sovereignty era through peer-to-peer solutions and decentralized ledger technology.

Bitfinex believes that freedom begins with financial freedom and extends to freedom of speech and privacy. Technologies such as cryptography, distributed systems, and open-source software implementations are the means to achieve freedom. This is why Bitfinex has helped El Salvador for a long time-El Salvador announced the adoption of Bitcoin as legal tender in 2021.

Let us state again that Bitfinex’s top priority is customer protection, financial freedom, and transparency. Bitfinex’s low KYC threshold deposit and withdrawal of USDt is also an important means for it to practice and promote financial freedom. The efforts to promote the widespread use of Bitcoin in El Salvador demonstrate the exchange’s dedication to promoting financial freedom and its admiration for the cryptocurrency market, which has existed for a decade.

Let us wait and see what surprises Bitfinex will bring us.