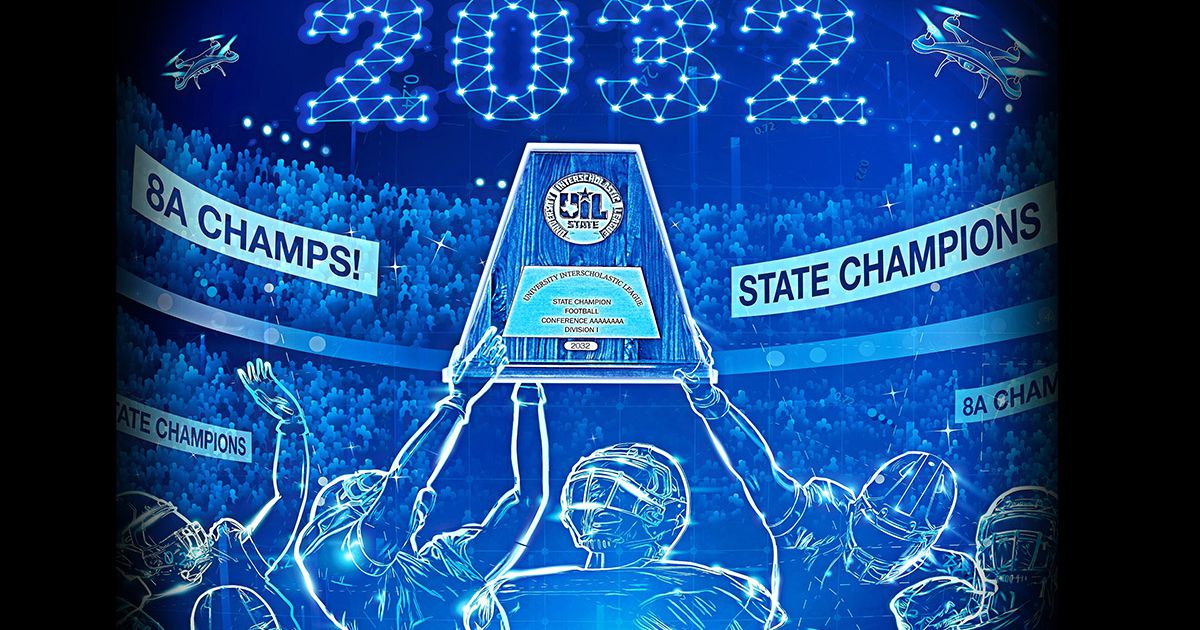 This was no easy road to a state championship for Anna West. Nor was it an overnight one. This road — which culminated in the 2032 8A state championship over longtime state power Austin Westlake on Saturday at AT&T Stadium — took over a century of waiting and needed a dash of growth explosion in the last decade to clear the final hurdles.

West, in just its fourth year as a varsity program, capitalized on its city’s influx of residents to build one of Texas’ most dominant football teams. The onetime town of 2,000 people is now touching 40,000, and its two high school football teams — Anna and West — have emerged as two of North Texas’ winners in the great population race, one that’ll continue to be a deciding factor in football supremacy in the 2030s.

West’s in-season path to the city’s first state championship is an example of that. It cut its teeth in nondistrict play against area 8A powers Prosper Rock Hill and Royse City. It toppled upstart 7A programs Celina East and Prosper Walnut Grove in the regional semifinals and finals, and knocked off a vaunted Argyle program — one that’s risen four classifications in a two-decade span — in the state semifinals.

In the D-FW football scene, a population spike in the millions created a number of legitimate contenders in the last 10 years alone.

Anna West, for now, has the bragging rights. Here’s how they did it.

To be more specific, North Texas is growing, and no other metro area is quite as fast. It’s why a school like Anna West — one that doesn’t even exist yet — winning a state championship in a decade isn’t so far-fetched.

From 2010 to 2019, no metro area in the country saw its population rise more than Dallas-Fort Worth, which gained over 1.2 million residents in the decade. Houston, with just over 1.1 million, was second.

That isn’t expected to stop, either. The Texas Demographic Center projects D-FW’s four counties — Dallas, Collin, Denton and Tarrant — to have a combined population of over 8.2 million people by 2030, a 22% increase over a decade.

None of this is particularly new information, though it’s crucial to consider, as the state’s and region’s growth will impact the workforce, housing and the expanding gap between haves and have-nots.

“I think by 2032 you’ll see something different than what we have now,” UIL deputy executive director Jamie Harrison said. “It’s just difficult to predict what the difference will be.”

A 10-year forecast of anything can sometimes be a fool’s errand, but there’s reason to believe that the 2032 high school football landscape in Dallas-Fort Worth and beyond can be projected, as storied dynasties and winning teams often have shared commonalities.

The common through-line that continues to tie it all together and lead to on-field success? Growth.

That difference that Harrison alluded to may have already shown itself. Need proof of its imminent impact? Look at the Dallas-area teams that made noise in this year’s University Interscholastic League playoffs.

Prosper, a small town of 2,000 just two decades ago, has solidified itself as one of the state’s most consistent 6A football teams as its residency ballooned to 35,000. And after three consecutive trips to the fourth round of the playoffs from 2019-21, Prosper broke through this season and advanced to the state semifinals. The school district opened a second high school in 2020 (Rock Hill) and has plans to open a third (Walnut Grove) in 2023.

“The growth will allow our athletes to have more opportunities to participate and compete for their school,” Prosper ISD athletic director Valerie Little said. “The advantage to opening more schools instead of creating one mega school is to offer more engagement opportunities for our student-athletes and potential championships in multiple sports.”

A smaller community nearly 20 miles north of Prosper must now begin to ask itself the to-build-or-not-to-build question.

Anna, a longtime middling football team 40 miles north of Dallas, has reached unprecedented success relative to its school’s 133-year history as its population has boomed. It cracked 20,000 residents in 2021 and by 2030 expects to reach 45,000, as it’s become North Texas’ ninth-fastest-growing city. Anna played into the fourth round of the playoffs for the first time as star quarterback Evan Bullock — a transfer from nearby power Allen — posted eye-popping statistics.

A second high school is expected to open in Anna in 2027. By 2032, if growth patterns continue and a number of other factors line up, it could be contending for a state championship.

Melissa didn’t even have its own high school in the early 2000s and, like Prosper, had a population of around 2,000 residents. Now? Melissa is a real contender at the 5A level — just nine years after its last season in 3A — and projects to compete at the 6A level sooner rather than later. Melissa lost to South Oak Cliff in the fourth round of the 5A Division II playoffs.

“It’s crazy, just the diversity in this town because of our growth,” Melissa athletic director Seth Stinton said. “We’ve had people who have moved to Melissa that have been really, really talented athletically.”

A relative outlier in an era in which high school football is dominated by affluent suburban teams, South Oak Cliff last year became the first Dallas ISD football team to win a recognized state championship since 1958.

It returns to the state championship Friday, where it could win DISD’s first back-to-back football titles. As Dallas ISD projects to shrink by several thousand students over the next decade, South Oak Cliff could be the city’s last best hope for a dynasty as those north, south, east and west of it continue to develop.

In this year’s state semifinals, South Oak Cliff beat Argyle — the state’s top-ranked team and, like Prosper, Anna and Melissa, a quickly expanding community. Argyle in the last decade has zoomed up from 3A to 5A, played like a contender at all times along the way and could become a multi-high school district sooner rather than later.

“I always thought you win two ways,” Lubbock ISD athletic director Mike Meeks said. “You win with numbers or you win with talent. Right now, the numbers are along the I-35 corridor.”

It’s all quite different from a decade ago, when Prosper and Melissa had just risen from 3A and 2A, respectively, and Anna still had less than 10,000 residents. It may have been difficult, at that time, to imagine the football landscape as it is now in 2022, but North Texas growth patterns might’ve projected exactly this.

Why? The modern-day success of the Prospers, Melissas and Annas of the world follow a pattern not all that unlike two of D-FW’s most storied programs.

Success on the football field, historically, is among them.

If you build it … championships will come

Ask anyone who has lived in North Texas for 30 or so years, and they’ll tell you it wasn’t that long ago that Allen and Southlake were nothing more than undeveloped farmland.

Both schools are now synonymous with success. It did not come cheaply.

The teams will play a fourth time Saturday, a matchup of two of the largest schools in the state.

North Shore, now a nationally ranked program, is boosted by an enrollment of 4,253 and the luxury of being in just a two-high school district. Like Allen and Carroll, North Shore has proved that size — and, to an extent, exclusivity — matters, and as other cities continue to grow, the decision of whether to open more high schools or not could be the difference between fielding a winning team or a losing one.

“They’re looking a little bit like university teams with their size,” San Angelo ISD athletic director Rodney Chant said of programs like North Shore and Humble Atascocita, another Houston-area football power. “Their offensive lines, their defensive lines and that kind of stuff. It’s difficult [to compete with] no matter where you’re at.”

On the other side of that coin: Does a city like Allen attract and retain generational football talent without top-notch facilities and a multimillion-dollar cathedral of a stadium? Also, maybe not.

As North Texas continues to push through its growth spurt, thousands of families will descend on the area in search of the right workplace, available housing and, yes, even a district and school that can position their child to have the type of success that Murray once did.

The growth patterns that led Allen and Carroll to success are the same ones that led Prosper, Melissa, Anna and Argyle to success. And through that pattern — one that follows population trends, median income and idealized locations — it may be possible to project which city or town could become North Texas’ next football hotbed, even a decade into the future.

Maybe it’s a school like Anna, Prosper or Melissa. Maybe it’s one that hasn’t even been constructed yet.

— How available housing impacts the haves vs. have nots in Texas high school football

— As the North Texas population booms, so does the talent in sports besides football

— Can Dallas ISD football keep up with booming D-FW suburbs?

— Should UIL add 7A, 8A for state’s largest football teams? Here’s how it might work

— What does it take to win a Texas high school football state title? We asked the experts

— Who will be the best and biggest North Texas high school football team in 10 years?